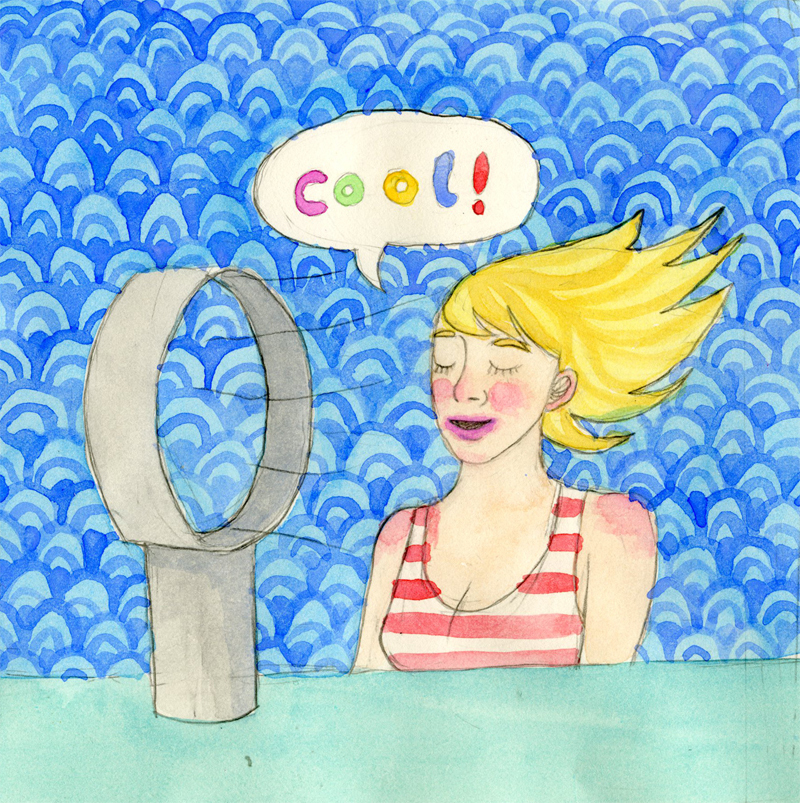 Appliance manufacturing company Dyson has recently released a line of fans and heaters advertised as “bladeless air multipliers.” The sleek look and the lack of visible blades have been well received; however, skeptics are questioning whether the increased price tag is justified by the new design.

The fact is that these fans are not bladeless, as claimed. The technology used to propel the air out of the fan is explained on Dyson’s website. Air is drawn in at the base through a small grate and then accelerated by a motor before being propelled up through the column and out at the top through the vertical ring. In the image of the impeller motor, one can see that the fan’s design still includes blades. The Air Multiplier merely appears bladeless because the blades and motor are hidden from view within the vertical column, and the accelerated air is funneled up out of the ring without any apparent moving parts.

The Air Multiplier is also described as being able to deliver a continuous stream of air, in contrast with traditional fans that deliver buffeted air as a result of the blades chopping the air.

Because the Air Multiplier also uses blades, albeit hidden ones, it seems unlikely that Dyson’s product manages to avoid this chopping of the air entirely. This claim to a more continuous air flow might be justified, however, when one compares the designs of the Air Multiplier to those of traditional fans. Dyson’s impellar motor has nine blades, whereas traditional fans usually have four or five blades. The increased frequency of the blades is therefore likely to smooth some of the air buffeting that people feel with traditional fans.

While this new product may offer some advantages, including an easier-to-clean, sleeker design, a lack of blades is not among those advantages.