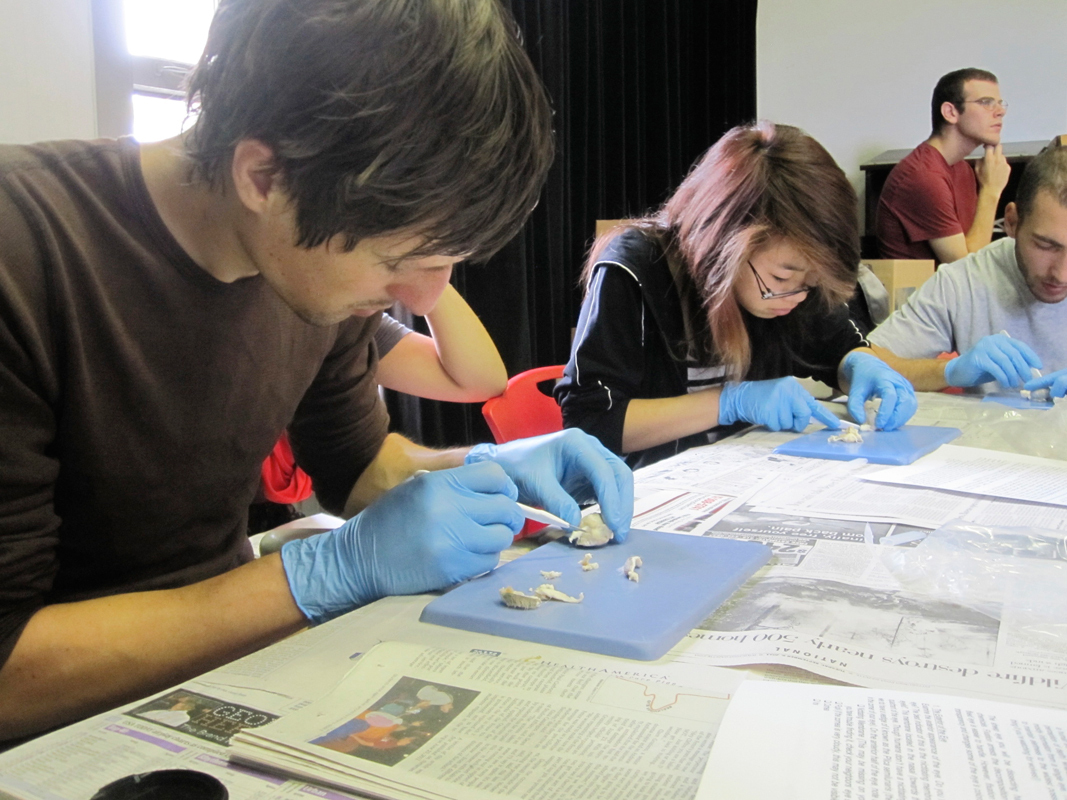 Students participated in a sheep eye dissection last Thursday in a classroom in the College of Fine Arts building. The activity was part of a course on digital photography that aims to focus on the idea of perception. (credit: Daniel Tkacik/SciTech Editor) 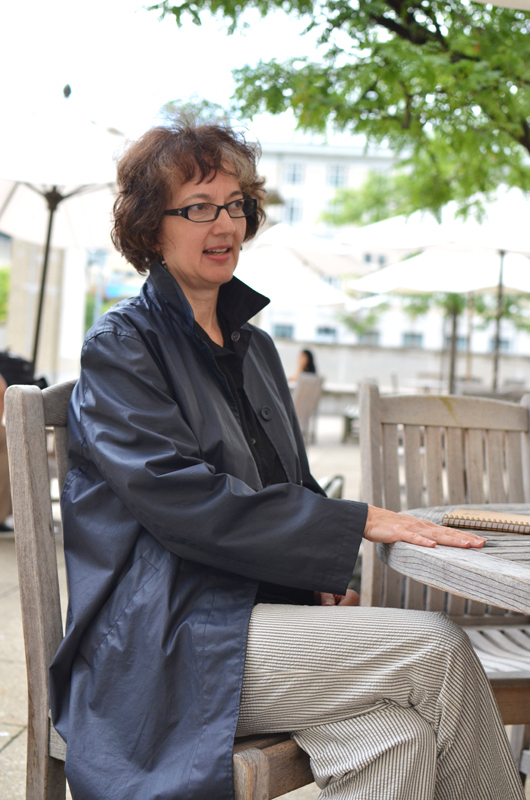 Patricia Maurides, professor of art with a background in biology, shares her ideas behind merging the fields of art and science in her current digital photography course centered around the concept of perception. (credit: David Chang/Staff)

People often separate the fields of science and art from one another with a metaphorical brick wall; scientists on one side may not even consider the possibility of working with the artists on the other side, or vice versa. Science can encompass anything relating to the study of the natural and physical world, and there are rules: for instance, the scientific method, a centuries-old practice used universally to test hypotheses and observe nature. Art, by contrast, is thought to have few rules — no limits. The process of creating art is often much more liberal. To some Carnegie Mellon professors, however, art and science have no such dividing wall.

Patricia Maurides, professor of art in the College of Fine Arts, holds a Bachelor of Science in biology and a master’s degree in fine arts, the latter obtained from Carnegie Mellon in 1995. While she was an undergraduate studying biology, Maurides said that she always kept an artistic performance element to her work. “My focus, just as an artist would have, was exploring identity and those issues,” Maurides said. “My toolbox would be the microscope; I would pull from that.”

Maurides has taught and currently teaches a course called Art and Biology that fuses the two seemingly polarized fields of study together.

Ashley Baker, a senior art and humanities student who recently took the course, created photographs that expressed her perception of her migraines.

“Up until that point, a lot of my photography had been straightforward ... I wanted to do something more abstract, and this was the perfect way to do that — to try to show that pain that you really can’t describe in words,” Baker said. “I think this project taught me to look at things differently because there are a lot of different perceptions. It’s true that everyone really does see things differently, and art is a super powerful way to show how you see the world.”

This semester, Maurides is teaming up with Marlene Behrmann, director of the Cognitive Neuroscience Lab at Carnegie Mellon. Together, they will teach a digital photography class that focuses on perception — how the brain interprets what it sees. Maurides emphasized the importance of people leaving their comfort-zones, and she claimed that that’s exactly what she and Behrmann were doing in creating this course.

Throughout the semester, the students will have discussions on both sight and the brain, and they recently engaged in an activity that one may not typically associate with the art studio: dissecting sheep eyes and brains.

Maurides explained that the dissection gives the students an opportunity to have hands-on experience, and she hopes it provides a catalyst for creating images.

“Some of them may find this as a metaphor for something else in their life; some of them may just be disgusted because it’s so visceral, and that’s okay, and maybe they create work about that, but it will be their visual reflection on the experience on dissection. It becomes very real,” Maurides said.

At the dissection, which took place last Thursday, the students of the digital photography class could have been mistaken for biology students. Equipped with latex gloves, scalpels, and cutting boards, they explored the different parts of the sheep eyes for about an hour, encouraged to keep in mind the idea of perception.

“Even though I do this very often, each time I am once again reminded of how amazing the organic system is. From this blob of fairly thick gelatinous material comes the myriad of behaviors that we have,” Behrmann explained to the students as they were setting up for the dissection.

Maurides believes that these types of opportunities, where science and art are practiced side-by-side, are valuable in allowing students to appreciate other disciplines. With no wall between art and science, students have many more resources available to help them observe, create, or find solutions. Maurides said, “It’s making available and expanding the tools for students to use in creative projects. This campus is so rich and diverse, and people are very willing to collaborate.”