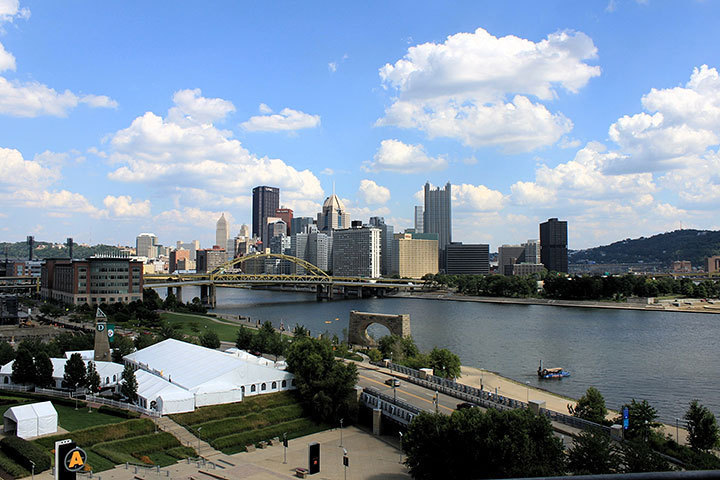 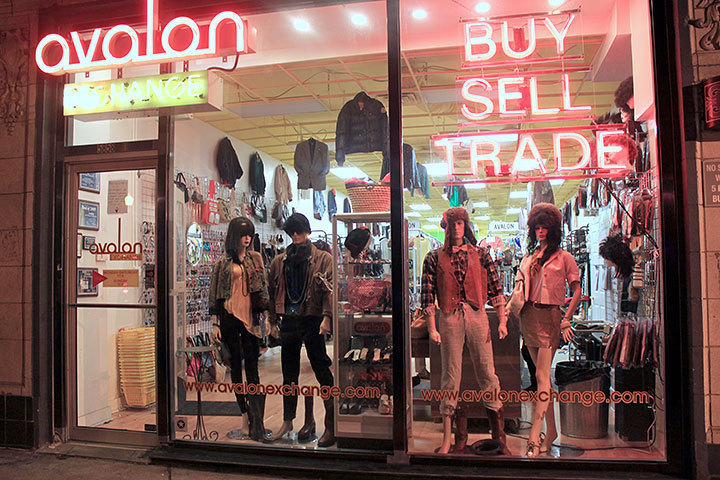 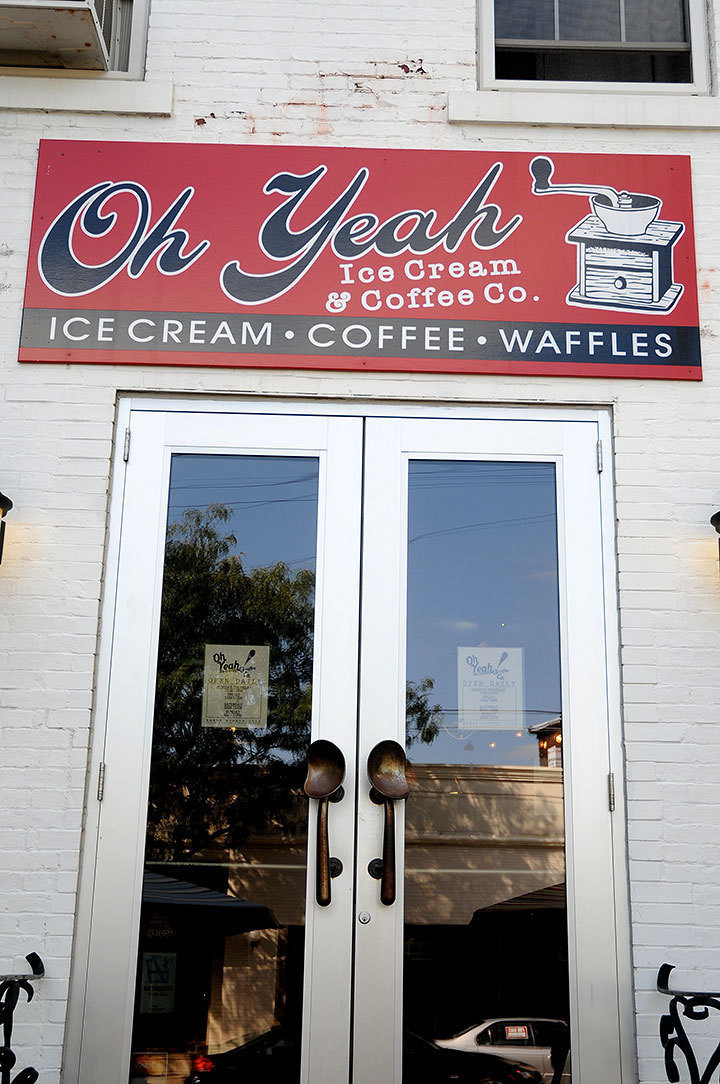 Carnegie Mellon students are quick to become familiar with this area, as campus is located right on the edge of the Oakland district. Oakland is also the home to the University of Pittsburgh’s campus. For Christy St. John, a sophomore in mechanical engineering, Oakland was the first area of Pittsburgh where she felt comfortable. Although she loves Carnegie Mellon’s cohesive campus, for St. John, “Oakland is what made me really feel that I had arrived at college.” That is to be expected, as the businesses of Oakland have capitalized on the hordes of students constantly milling about at all hours of the day. Block after block of inexpensive, indulgent eateries such as Dunkin’ Donuts, Qdoba, and Panera Bread provide an atmosphere of fun student lunches out that don’t break the typical poor college student budget.

“My favorite part has to be half-price,” St. John said. Several restaurants in Oakland have late-night specials where certain items on their menus are half price after 11 p.m. Fuel and Fuddle, Mad Mex, and Joe Mama’s are a few of the restaurants that take part in this school-year special.

In addition to dining locations, there are always new sights to be seen. The area of Oakland closest to Carnegie Mellon is home to the Carnegie Library as well as most of the Carnegie museums, all of which offer free admission with a Carnegie Mellon student ID. Consider exploring nature with leisurely strolls through Schenley Park, which extends up behind Carnegie Mellon’s campus, making it easily accessible to students.

A short trip in the opposite direction of Oakland, the Squirrel Hill neighborhood offers more extensive dining options. Interspersed with the frequently visited Giant Eagle grocery store and the inexpensive but no less satisfying frozen yogurt shops Razzy Fresh and Tutti Frutti are restaurants like The Silk Elephant, Aladdin’s Eatery, and Smallman Street Deli. Squirrel Hill is a great place to visit for a change from the typical American restaurant, with places that offer Thai, Mediterranean, Kosher-style food, and more.

Food barely cracks the surface of Squirrel Hill’s offerings. It may not be the shopping mecca of Pittsburgh, but there is no shortage of little hole-in-the-wall stores that newcomers would definitely miss out on if left unexplored. Avalon Exchange, A Child’s Wardrobe and Adults Too, and Jerry’s Records are three small local stores that are a shame to simply pass on by. Meg Descombes, a sophomore in the School of Drama, has often spent hours perusing these stores, sometimes with a purpose, sometimes without. “I could get lost in Jerry’s,” she said wistfully. “I’ve gotten plenty of gifts there, but it’s great because you don’t have to have a specific music taste to find what you’re looking for here.” With large selections that please both the masses and the indie types, these small neighborhood stores are undoubtedly the gems of Squirrel Hill. The committed shopper can find just about anything in these stores — all it takes is some patience, and maybe a sharp eye to spot what might be hidden.

One of the most upscale neighborhoods directly surrounding Carnegie Mellon, Shadyside is a favorite for senior musical theatre major Grey Henson. “This is my third year living in Shadyside,” he said. “It’s just a 10-minute walk down Morewood, and it’s really easy to waste time just wandering around Walnut Street.” Time wasted in Shadyside is usually time well spent on Walnut Street, which is the main strip of stores and eateries that usually comes to mind when thinking about the neighborhood. J. Crew, American Apparel, United Colors of Benetton, GAP, and Francesca’s are a few of the many popular clothing stores that pepper Walnut Street.

When the day has ended, some of the finer restaurants located in Shadyside, both on Walnut Street and beyond, prove to be a great treat. In the Walnut area, Girasole, Pizzutti’s Restaurant, Pangea, and Shady Grove are small but highly acclaimed restaurants that live up to their reputations for great Italian food, international cuisine, seafood, and American cuisine, respectively. “I’ve been to Girasole for birthdays or formal dinners, and everything they offer is delicious, but be sure to make a reservation,” Henson advised. Venture a few streets over to South Highland Avenue, where you’ll discover Casbah’s Mediterranean and European food, and Oh Yeah! Ice Cream & Coffee Co. (sometimes referred to as the hipster version of Cold Stone Creamery). Both are worth the slightly longer walk.

With its constant celebrations of the neighborhood’s history, Bloomfield, which lies right beyond the border of Shadyside, is best known as Pittsburgh’s Little Italy. This area takes the name to the next level, with many hole-in-the-wall restaurants that offer Italian cuisine of all kinds, from the simple gelato shop, Grasso Roberto Café, to the large Italian kitchen that will impart its cooking knowledge on anyone who wishes to stop by Merante’s Gift Shop. Bloomfield even hosts an annual Little Italy Days festival the last weekend in September; the celebration is on Liberty Avenue, the neighborhood’s main business street.

On the other side of Bloomfield, also bordering Shadyside, is what is described as the trendy part of Pittsburgh. Spoon, BRGR (say it out loud, and it suspiciously sounds like “burger”), and Plum are three of these restaurants, whose names alone seem almost too cool to exist, but actually specialize in gourmet American food, burgers, and Pan-Asian cuisine, respectively.

This culturally diverse area was once on the down and outs, but as a neighborhood that flourished in the 1950s, it has begun to welcome more commercial restaurants and shops, including Carnegie Mellon’s own Waffle Shop and Conflict Kitchen, the former of which also serves as a live-streaming talk show studio and public art project.

The Waterfront in Homestead

A short drive can convert into a long bus ride, as proven by the trip to the shopping center at the Waterfront. The 61D bus arrives at the Waterfront after an average ride of 30 to 40 minutes. The Waterfront is an outdoor shopping and entertainment complex. Here is the massive Loews Movie Theatre, which not only has 22 screens but also a full restaurant and lounge. It is a great place for a weekday night out, but be prepared to spend a lot of money; the price of tickets is definitely hefty for the novelty of a restaurant in the theater and “premium” seating.

The shops at the Waterfront are the main attraction; there are Costco, Target, Barnes and Noble, Macy’s, Old Navy, DSW, Dick’s Sporting Goods, and Lowe’s Home Improvement, just to name a few. If anything was forgotten for the start of college, or if anything needs to be bought, the Waterfront is a great place to go.

This area, accessed by the 54C and the 75 bus routes through Oakland, is located just over the Birmingham Bridge, and it is essentially one long road teeming with things to do, see, and eat. The densely populated portion of East Carson Street extends for over a mile, and with many late-night eateries and hangout spots, South Side is always a wonderful place to meet new people outside of the Carnegie Mellon network.

From a high-end Spanish restaurant like Mallorca to the familiarity of the Crazy Mocha Coffee Company, the South Side offers something for everyone. Although it is no Waterfront, the SouthSide Works is a small shopping center that continues the South Side’s ability to cater to many different types of people. Home to the national headquarters for American Eagle Outfitters, there is naturally an American Eagle store, along with H&M and Forever 21; for those looking for more upscale locations, the venue also offers a BCBG Max Azria, White House Black Market, and Urban Outfitters, all along the same strip.

These neighborhoods include only seven of the 89 unique neighborhoods that collectively make up the city of Pittsburgh. These seven alone could entertain and diversely educate for months, but if given the opportunity to explore even further, take it. This city has become one of not factories, but art, and don’t let that go to waste by lingering in the safe zone at Carnegie Mellon.