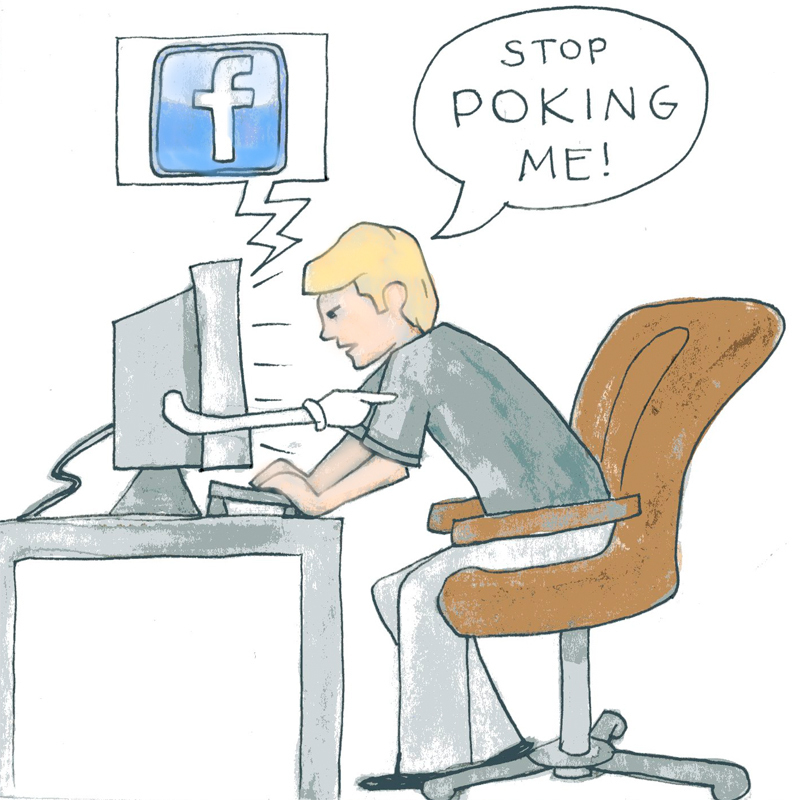 Since its launch in 2004, Facebook has become a vital part of everyday life. From its roots in college campuses, it has blossomed into a way for people of all ages to connect on a variety of levels. At its heart, however, Facebook retains the charm and allure of the purpose it was originally created for: It is first and foremost a way for college students to connect with each other through social media.

The nature of these connections is something that is a constant source of discussion, often leading to what is well known as “Facebook drama.” One of the features that sets Facebook apart from competitors (including the newest social networking competitor, Google+) is its inherent openness. Even with careful manipulation of the privacy settings, Facebook tends to be a place where people have access to their networks’ information and photographs at any time. Such open sharing of information is often a source of stress and conflict when the information falls into the hands of someone it wasn’t intended for — whether it be a family member or teacher witnessing unsavory behavior, or gossip among peers.

College is a transition period, where students go from high-school kids to young adults to adults. In college, you will make horrendous mistakes, get over them, and learn from them. However, you don’t have to make all those mistakes to get the experience and lessons they bring. Two simple Facebook dos and don’ts can help any student, and especially first-years, avoid Facebook drama while at Carnegie Mellon.

Don’t: Add your whole class the day you get on campus. You are going to be meeting about 30 people a minute during Orientation week, and most of those names you won’t remember, no matter how many icebreaker games you play. I remember adding people freshman year who I had seen once; I maybe glanced at their profile briefly and then never saw or heard of them again. When walking around campus, it is always awkward to see someone who you know only through Facebook and not at all in real life. There is that uncomfortable staring match where you are both thinking, “I know that person, but I’m not sure how. Did we meet at a party? Oh no, she’s staring at me, should I say hi? But I don’t know her name, what am I going to call her? Buddy? Friend?” Other times, adding people you don’t really know can lead to problems later on. Random people having access to all the information on your Facebook profile could lead to unwanted gossip or attention. Such situations can easily be avoided restraining yourself from clicking the mouse. Joe Schmoe who you don’t know wants to be your friend? Just say no to Joe!

People use Facebook for a wide variety of reasons, but one of the biggest draws of social networking is enriching relationships with people who, for some reason or another, you are unable to talk to face-to-face. While some people may find it easy to use Facebook as a substitute for real-life interaction, I believe it should only be used as a supplement. This doesn’t mean that there is anything wrong with meeting people on Facebook before meeting them in person — the “class of” groups have been a tradition for many years, and they are a great way to connect with other students starting at Carnegie Mellon in the weeks or months before they come to campus. It is likely that students have already met a number of peers who they are going to be living with or having classes with this way.

These sort of interactions are a great way to get a head start on making friends at Carnegie Mellon, but meeting people on Facebook, even within the confines of campus groups, has its ups and downs and should be carried out with thought. Social networking is often used as a cure for social anxiety, but doing so can leave users vulnerable when it comes time to actually meet. It’s easy to become dependent on Facebook for social interaction, and those who spend too much time on Facebook or any other social networking site may have a more difficult time when it comes to interacting with people face-to-face.

Do: Limit your time on Facebook. Nobody wants to be the person who lives vicariously through Facebook. You know the type of person I’m talking about: the one who likes every single status update, leaves pithy comments on all your pictures, and sends endless game requests and pokes. There are so many things to do at college and at Carnegie Mellon. Take these few college years and go join clubs, explore the city, and meet people — real people, not virtual ones. Build relationships, then maintain them with social networking sites like Facebook.