Greek Sing provides laughs and music for good cause 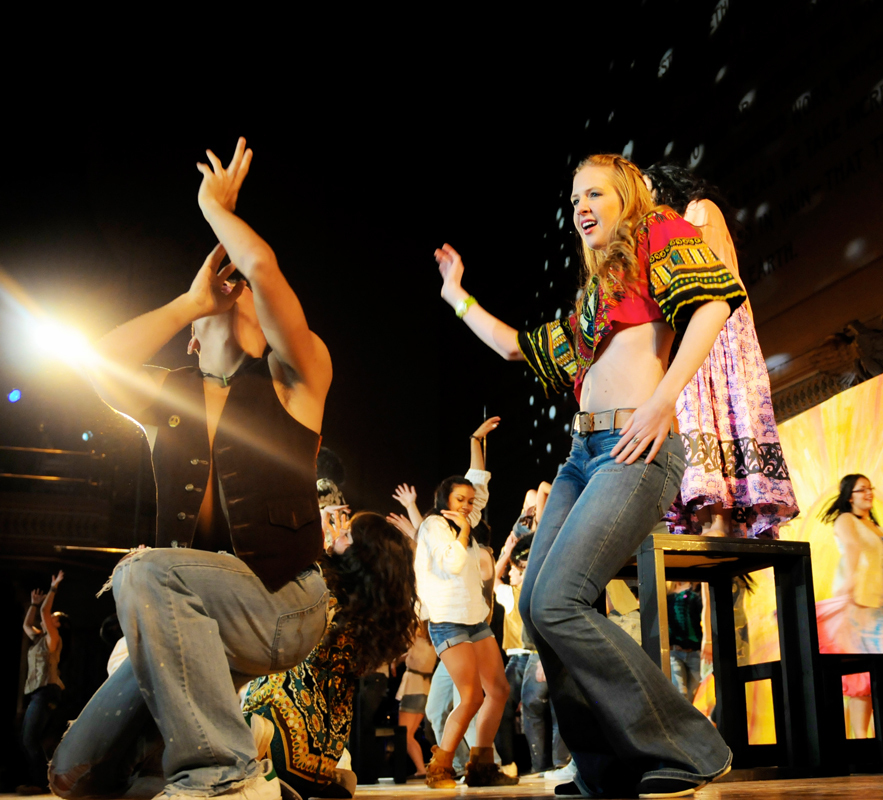 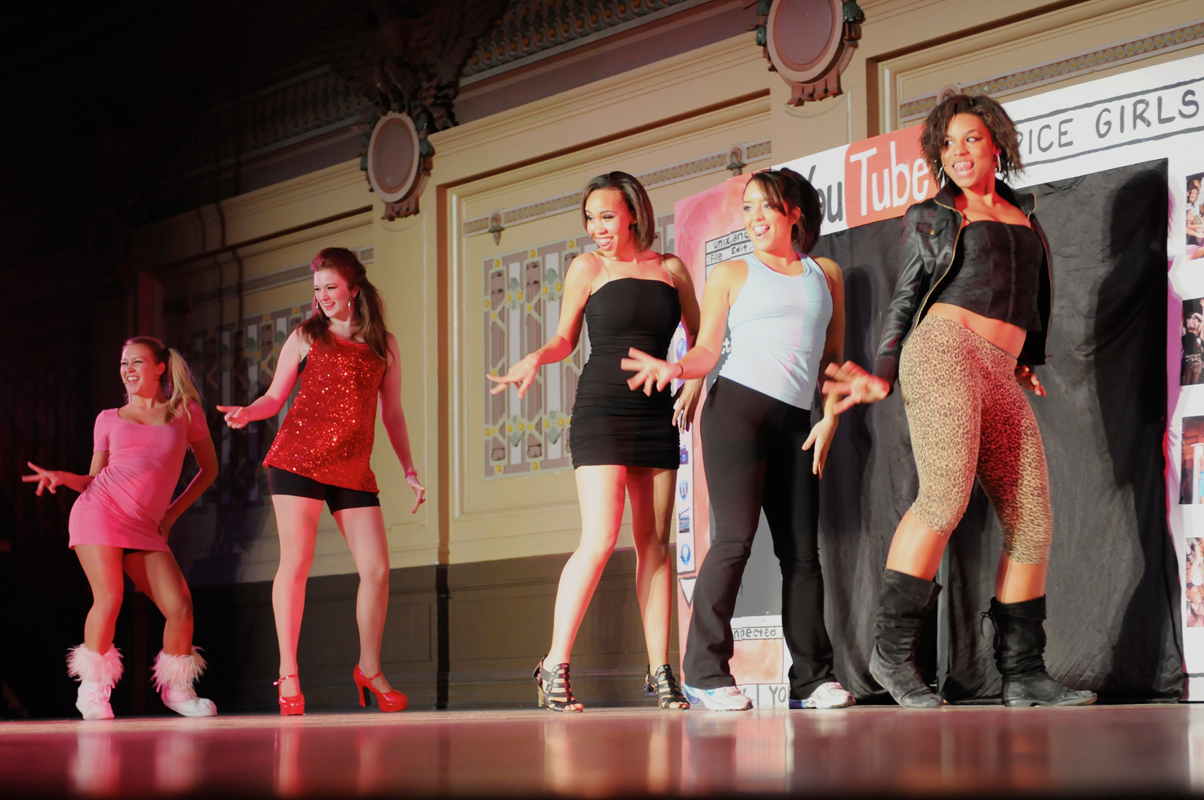 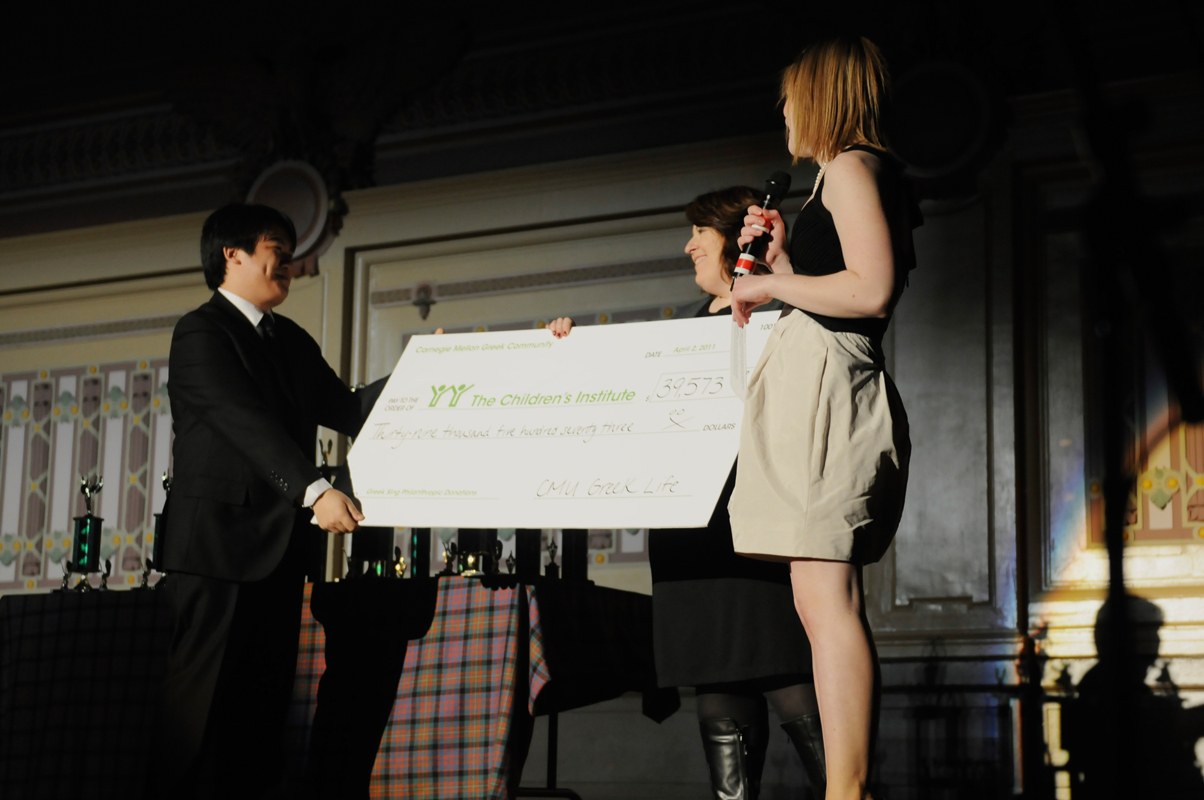 The Greek Sing chairs present a representative from the Children’s Institute with a check for a record-breaking $39,573. (credit: Courtesy of Guillermo Gomez)

The Greek organizations at Carnegie Mellon participate in three major annual activities on campus: Greek Sing, Buggy, and Booth. The first of these, Greek Sing, took place this past Saturday at Soldiers & Sailors Memorial Hall, providing plenty of laughs, dance steps, and musical numbers, all for a good cause.

The evening started off with a non-competitive performance from members of Lambda Phi Epsilon, who crept around the stage in stereotypical nerdy outfits before bursting into a step dance routine. At one point, a brother yelled, “Shout-out to UCLA,” presumably referring to UCLA student Alexandra Wallace’s now-infamous “Asians in the library” rant on YouTube. Afterward, Greek Sing chairs Ben Lee, a brother of Delta Tau Delta, and Dana Weinstein, a sister of Delta Delta Delta, came out to introduce the show. The evening then proceeded with the singles performances.

Beta Theta Pi was the first to perform with its original show, “True Life: I Want to Be in CMU Greek Life.” Although the show dragged at times, it did have some witty one-liners, and it poked fun at both Pi Kappa Alpha and the sororities. Beta Theta Pi did not place, but did receive one of the awards for best overall Greek Sing chair. Pi Delta Psi followed with a rendition of 8 Mile, in which DJ Rabbit can only sing, not rap, after he’s hit on the head during a rap battle. Although the musical numbers, which included “Firework” by Katy Perry, were entertaining, an off-color joke about domestic violence may have made some audience members uncomfortable.

Next was Kappa Sigma’s Top Gun. The fraternity won second place for its musical rendition of the 1986 American action film, complete with musical numbers, cardboard box planes, and a fraternity brother strutting around the stage in drag. One of the highlights of this performance was the main character, Maverick, and his love interest, flight instructor Charlotte “Charlie” Blackwood, dramatically singing Berlin’s “Take My Breath Away.” As they sang, another cast member lurked in the background, making hilariously suggestive dance moves.

The only sorority to participate in the singles category, Kappa Alpha Theta, won first place for its original show “Spice Up Your Life.” In the show, a Carnegie Mellon student uses some ingenious programming to bring the Spice Girls to life from a YouTube video, informing them that they have to save the Spring Carnival concert from Justin Bieber. Although one of the Spice Girls occasionally seemed to forget her dance moves, on the whole the performance had impressive choreography and scenery. One highlight was the relationship between Justin Bieber and Baby Spice — they kept the audience laughing with their constant flirting.

Sigma Tau Gamma’s performance was titled “Avenue CMU,” but it appeared to have deviated from the fraternity’s original plan. The Greek Sing program promised “plenty of slacking, a little hacking, and lots of Bed Intruding”; instead, the performance included songs from Into the Woods and Beauty and the Beast, as well as a rap about the Shakespearean tragedy Othello. Although the performance seemed unrehearsed, with some of the brothers forgetting the lyrics, it was still entertaining.

The final singles act was Sigma Alpha Epsilon’s, titled “The Colors of the Wind: A Brief Survey of the Works and Lives of Four Renaissance Artists.” The show consisted of a mash-up of Teenage Mutant Ninja Turtles and Disney tunes that won third place. In this act, the Turtles decide to abandon their work as Renaissance artists in Italy and travel to the New World, where they meet Pocahontas and her people. The show was fun and campy, with ridiculous set pieces and a narrator reminiscent of Wizard People, Dear Reader.

After intermission, alpha Kappa Delta Phi presented a non-competitive performance of a somewhat-disorganized dance routine and a step dance routine. The show then transitioned into the doubles acts, starting with Alpha Chi Omega and Alpha Epsilon Pi’s presentation of Newsies! The show was mostly a medley of songs from the show, with a few lines of dialogue between each song to explain what was happening. Their performance was energetic with great choreography, and it won them third place.

Kappa Kappa Gamma and Delta Tau Delta then presented The Wedding Singer, which won second place. The show was slightly disorganized at first, with dancers still rushing into place as the lights came up and the first musical number began. Their main set piece, a large metal stand in the back of the stage, was also still being assembled throughout the first musical number; the construction distracted from the main action, and the set piece itself was more distracting than useful. However, the performance itself was fun and high-energy. All of the leads had strong voices, although some problems with the microphones unfortunately made it difficult to hear some of the singers.

Delta Gamma and Sigma Phi Epsilon won first place with their rendition of Hair. The show started off with a powerful performance of “Aquarius”; the huge cast’s dreamy demeanor and convincing costumes drew the audience into the world of the rebellious 1960s. The show finished with an incredible rendition of “Flesh Failures (Let the Sunshine In)” that featured great dynamic contrasts and strong ensemble vocals. In addition to winning first place in the doubles category, Sigma Phi Epsilon’s chair Dan Burdzy, a junior architecture major, won an award for best overall Greek Sing chair, and Delta Gamma won the Philanthropy Award.

The final competitive performance of the evening was Delta Delta Delta and Sigma Chi’s Nine, based off the 2009 musical movie about an Italian film director struggling to find inspiration for his next film. The performance featured provocative dance routines, as well as impressive gymnastic moves.

As the judges tallied up their final scores, Kappa Phi Lambda presented the final non-competitive show of the evening; the first half of the group’s performance was a hip-hop dance set to a “Black and Yellow” remix, and the second half was an impressively clean step dance routine. The Carnegie Mellon Loyal Scot program also
presented a quick advertisement, including a rendition of the infamous Old Spice commercials. A representative from the Children’s Institute then came out to speak about her organization.

Singing, dancing, and cross-dressing, all for a good cause: This year’s Greek Sing was another rousing success.