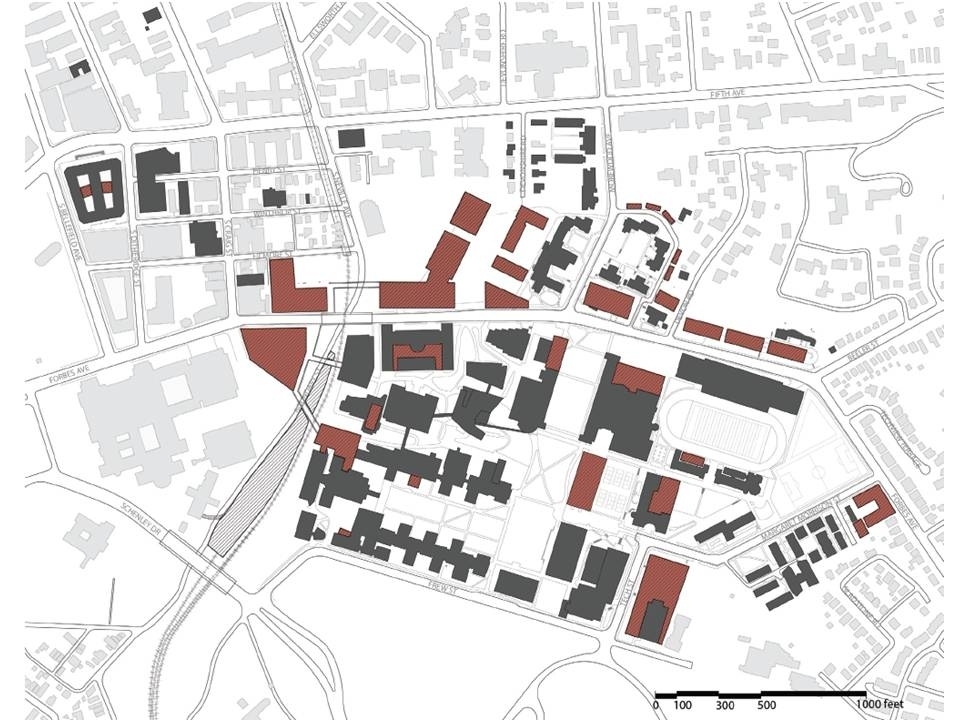 Every 10 years, Carnegie Mellon is required to produce a 10-year development master plan that will serve as a guide for future campus projects. Carnegie Mellon’s current master plan is poised to expire. As such, the Campus Design and Facility Development department has been hard at work creating another one, which they have recently released to students and the general public. The plan serves as a flexible array of possible construction projects and new building additions that, with a solid source of funding, the campus administration is interested in pursuing.

According to Ralph Horgan, the associate vice provost of Campus Design, one of the main goals of this master plan is to “increase connectivity among current real estate” so that students can easily move across campus and between buildings. Another key goal is to “preserve and enhance the iconic core” that Horgan sees as having provided the school with so much value throughout the years.
The previous master plan included innovations such as the addition of the Gates Hillman Complex to campus. Possible building transformations that are in the current plan include an expanded University Center, an addition to Margaret Morrison for the College of Fine Arts, and more classrooms in Heinz College.

The opinion of Bob Reppe, the director of design, is that one potential change the campus should be most excited about is moving the Tepper School of Business from Posner Hall and the GSIA building to the current location of the Morewood parking lot. Spring Carnival is a common concern among students about this potential change. Carnival has been located in the parking lot for years; moving the Tepper school to the parking lot would ultimately change the carnival’s spot. Reppe addressed this concern by pointing out that Carnival has been moved three times in the past; there are many possible locations for it to move to, such as the Cut, and its current location is not going out of service anytime soon.

The most immediate change that students can expect is the elimination of a lane on each side of Forbes Avenue. These car lanes will be replaced with bike lanes. This is because it is a “minor investment to get a big effect,” according to Reppe. The change has the potential to come out within the next 18 months. The purpose of these changes to Forbes Avenue is not only to make the road safer for pedestrians by making traffic speeds more uniform, but also to “embrace Forbes as the main street of campus.” In the past, Forbes Avenue has acted as a barrier on the edge of campus. Today, Carnegie Mellon has multiple properties across the street, so a goal of this change is to reduce the degree to which it acts as a barrier.

Another addition to campus is a new research facility to be located near Wean and Hamerschlag Hall. This new building is much more likely to be built than other campus improvements, as it already has a source for funding.

Although Carnegie Mellon is obligated to design a master plan, it is not obligated to build anything because of it. However, if a major change is not on the master plan, it is significantly more difficult to enact. According to the Campus Design and Facility Development website, being “flexible and responsive to opportunities” is an important paradigm guiding future campus development.