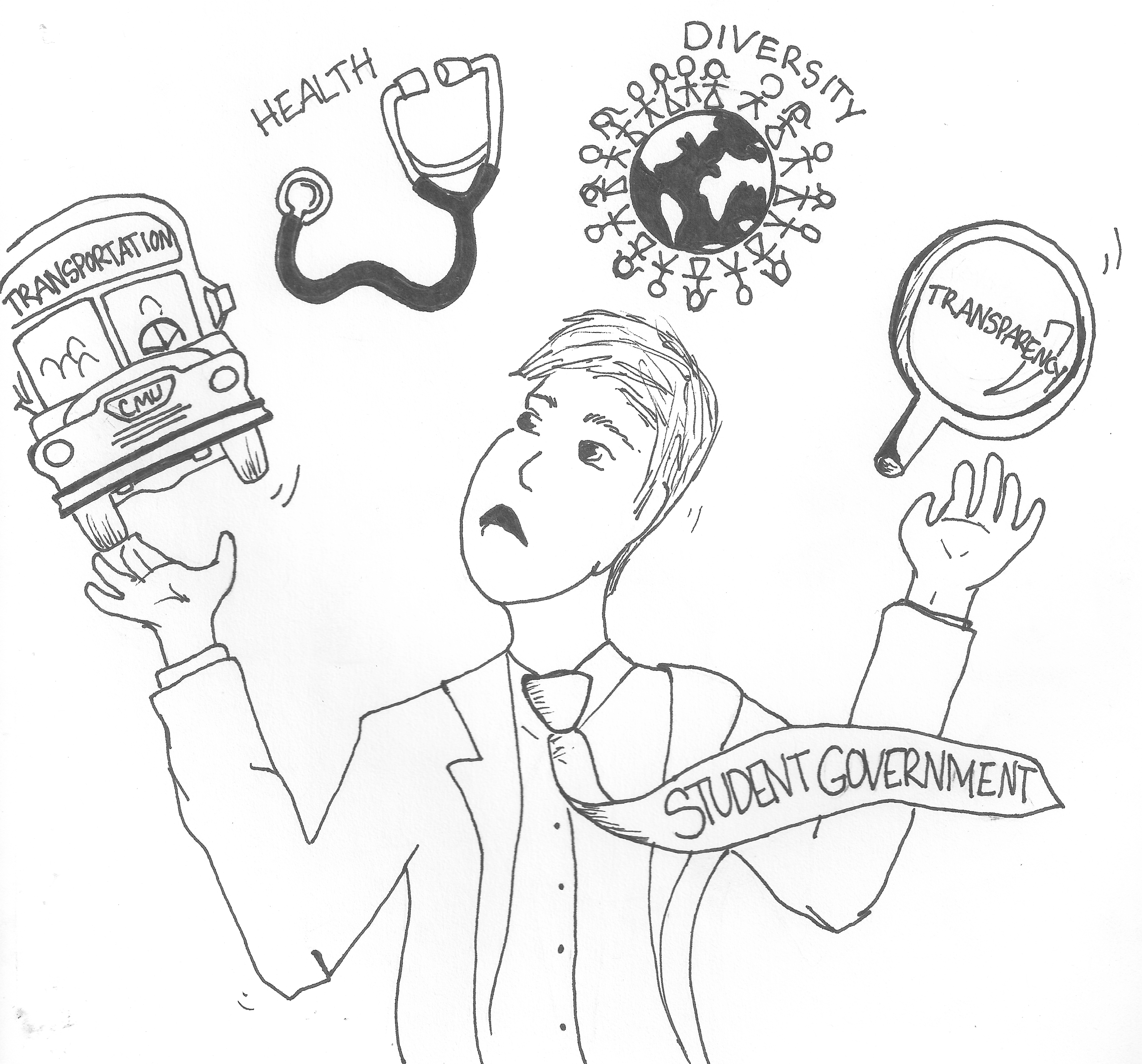 In this year’s student body elections we are not enthusiastic about either platform. However, some of each ticket’s ideas sounded realistic and pertinent. Last year, The Tartan decided not to endorse any candidate for student body president, and this year we choose to do the same.

Presidential candidate Turi Alcoser and vice presidential candidate Kelsey Briggs are focusing heavily on their Mind, Body, and Wellness initiative. Although stress is a major issue on campus, many of Alcoser and Briggs’ proposals seemed redundant or unfeasible. While the intentions behind creating “Reflection Rooms” as quiet places for de-stressing are admirable, the idea comes off as impractical and would likely take up space that could be put to better use. In addition, most open spaces on campus are utilized primarily as study rooms, and we feel that these would be no different.

Alcoser and Briggs’ Healthy Rewards program again seems to have good intentions, but the creation of more incentives to promote healthy living is already being tackled by health initiatives in the university’s health services and athletics departments. Expanding on such programs is an admirable goal, yet we believe this should be done through communication with administrative and student organizations that are already involved in student health.

Alcoser and Briggs also discussed giving Counseling and Psychological Services (CAPS) a more positive image. We feel students aren’t taking advantage of the services that CAPS has to offer until they have a serious emotional or psychological problem. Another strong program Alcoser and Briggs mentioned is a lecture series that will focus on health, wellness, and stress. This lecture series has great potential and we see it as very practical and realistic project.

On the other side of the debate, presidential candidate Jake Flittner and vice presidential candidate Sangita Sharma’s platform has focused on improving programs that are already underway. However, their new initiatives seem unreasonable. Sharma’s Friday Frenzy is a close relative of the current presidential administration’s unimplemented CMU Connect socials, and we feel that it would be doomed to the same unremarkable fate. Flittner and Sharma’s proposed Cultural Diversity Honors awards are especially ridiculous and potentially offensive. Diversity isn’t a quantifiable activity that should utilize a points system.

We are glad that both candidates stressed the lack of visibility around campus in the recent past and that this is something they wish to remedy. Flittner and Sharma pushed a number of ideas in their debate responses. The Business Affairs Transparency Report, for example, would make public the administrative changes going on in student finances. Both candidates stressed that they would work toward better advertising campaigns as well as make themselves available on campus. In the end, communication and transparency are key to implementing all the changes these candidates propose.

We hope that, whichever tickets are elected, they will hold themselves to these promises­­ — and that communication will improve between student government and the student body.