Scream 4 returns to its character and plot roots 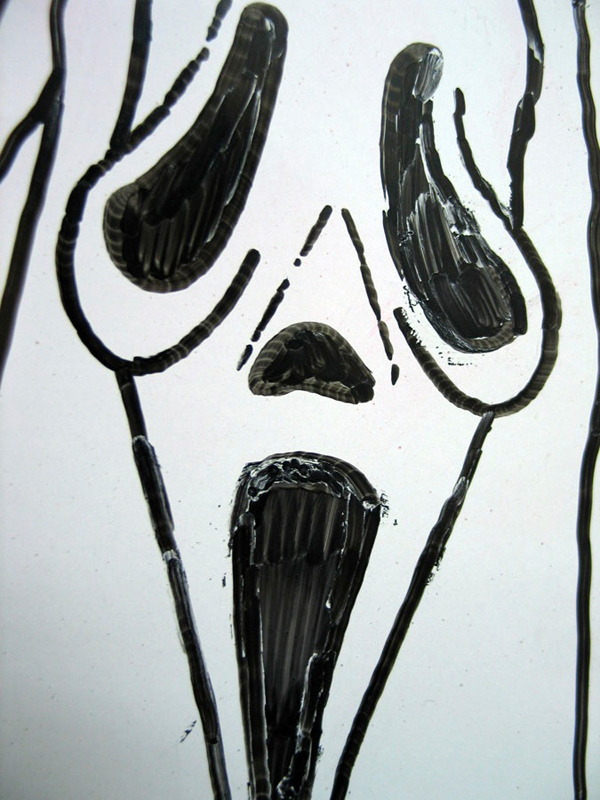 The Scream series murderer, Ghostface, wears a mask of a screaming face. (credit: Courtesy of Looking Glass via flickr)

If you love scary movie marathons, then Scream 4 is a must-watch. Add some clichés — two blonde girls, a sharp knife, a telephone call, and a hoarse voice — and you’re good to go. But if you want a completely new storyline with unexpected twists and new faces, then you may want to pass on this movie.

Scream 4 was directed by Wes Craven, known for his movie A Nightmare on Elm Street. It was released to American theaters on April 15. The script was written by Kevin Williamson, who also wrote the scripts for Scream and Scream 2. Craven and Williamson managed to retain the essence of the original Scream movie by not only getting back some of the original cast members — namely Neve Campbell, David Arquette, and Courtney Cox — but also keeping the original plot intact.

The original Scream movie revolves around Sidney Prescott (portrayed by Neve Campbell), a Woodsboro teenager who receives a threatening call from a serial killer, infamously known as Ghostface. This killer follows a plan, which always begins with murdering a couple of college students alone at home, then calling up the next victim, attacking his victim’s friends at a party, and finally going after the victim. The fourth installment in the Scream series sees the return of Sidney Prescott, 10 years after the murders. Prescott, now an accomplished author, comes back to Woodsboro to promote her new book, only to realize that Ghostface has struck again. The pending police investigation carried out by Sheriff Dewey (David Arquette) makes it impossible for her to leave town. Meanwhile, Dewey’s wife Gale Weathers-Riley (Courtney Cox) gets behind the camera, and teams up with both Sidney and her real-life — as well as reel-life — husband to solve the murders, just as in the previous Scream movies.

What makes Scream 4 slightly different from the three previous Scream versions is the introduction of a lot of new characters. The new Ghostface makes Jill (played by Emma Roberts), who happens to be Prescott’s cousin, his next victim. What follows are a lot of brutal deaths, some carried out in Ghostface’s original style (getting crushed under a garage door) and others in novel ways (stabbed through the flap in the front door). By the middle of the movie, you’ll wonder if anyone will survive in the end, and who the possible killer could be. However, the reveal of the killer’s identity is probably the most surprising moment in the film.

All in all, even though Scream 4 cannot match up to the thrill provided by the original Scream movie, it will still be a must-view for horror movie fanatics. With finals week coming up, this movie would be the perfect watch to keep everyone wide awake.