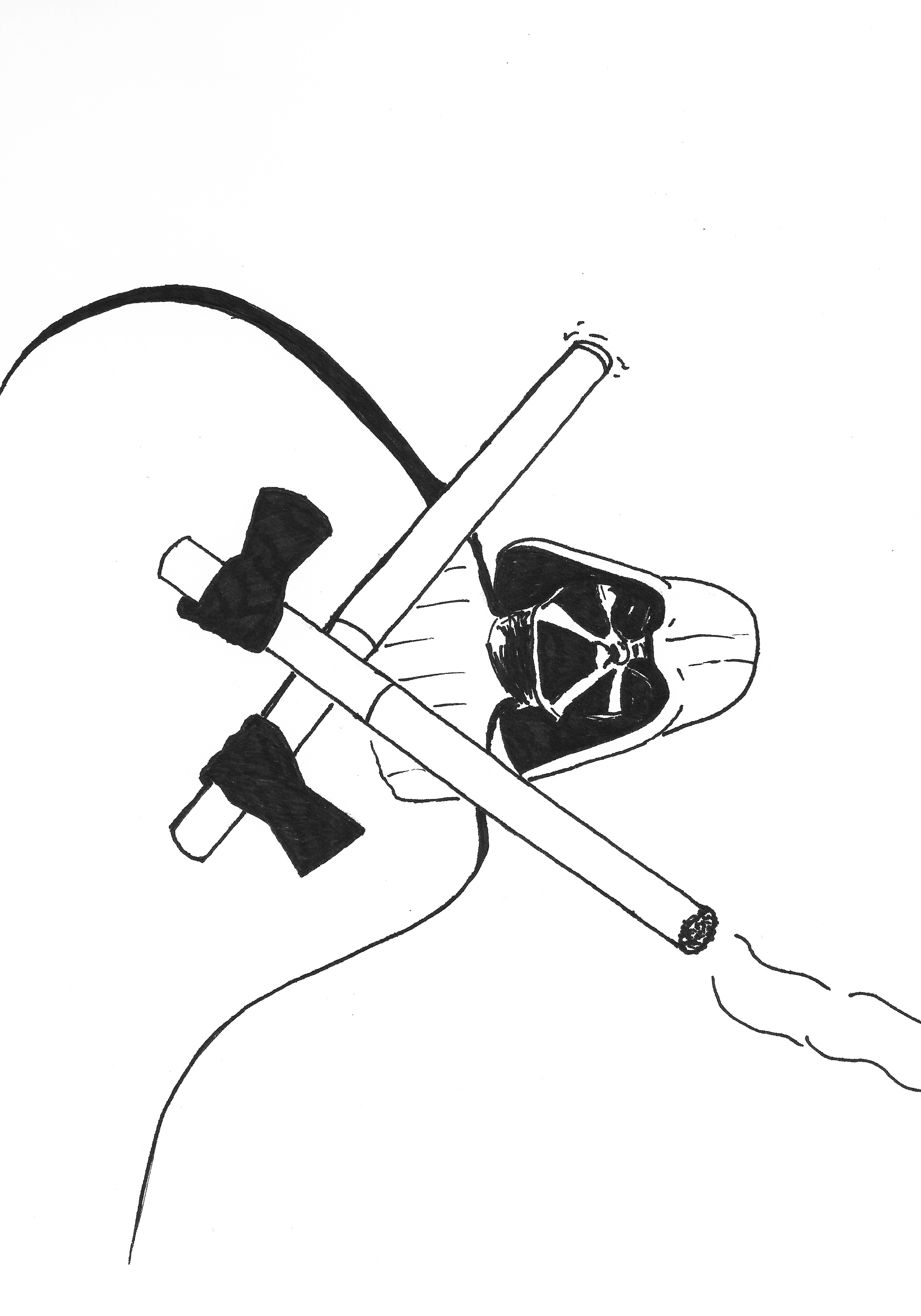 Credit: Christa Hester/Forum Co-Editor
Editorials featured in the Forum section are solely the opinions of their individual authors.

Over the past 15 years, teen cigarette usage has seen a steady drop; that is, until a few years ago. Cigarette use has been carefully weaned out of much of popular media and been battled by anti-smoking education with the help of the FDA.

In spite of these measures, they’ve unfortunately resurfaced as sources of comfort and pleasure for many young adults.

Cigarettes, unlike alcohol, are available as early as 18, putting them in the hands of a large number of high school students who are the most susceptible to cigarette addiction. Because of this, many states are pushing the legal age up to 19. Raising the legal smoking age to 19 limits the chances of teens getting access to cigarettes, at least in theory. In my experience, one of the biggest problems with increasing the age limit is that it also increases the demand, making young adults more interested in finding ways to subvert the law.

One of the major draws of cigarette smoking is that it seemingly facilitates conversation, and the idea of “bumming a cigarette” is one that all smokers are familiar with. While this would be difficult in a society of non-smokers, recent statistics show that there are plenty of people willing to share cigarettes with teenagers under the legal age, even showing signs indicating that smoking might be on the rise for teenagers as young as eighth grade. While continuing to raise the age will make it impossible for high school students to purchase cigarettes on their own, I feel that the social dynamic that surrounds smoking is something that is much harder to tackle.

A major booster in recent cigarette sales was the introduction of electronic cigarettes in 2006. Electronic cigarettes, termed “e-cigarettes,” are electronic devices created to mimic cigarettes while reducing the negative health effects associated with regular cigarettes. As it stands, e-cigarettes do not have an age restriction (except in New Jersey), so any teenager with a few dollars has access to them. Many states are moving toward imposing an age limit, but this will only serve to put them on the same level as regular cigarettes. Most of the e-cigarette industry welcomes age restrictions, and acknowledges the risks associated with the e-cigarette’s nicotine content. Its marketing is targeted at those who are trying to quit, as well as those who are looking for a healthier way to smoke.

I believe that this lack of information is something that the companies are cashing in on. By introducing a new product, e-cigarette companies are able to attract people who aren’t interested in normal cigarettes. Regular paper cigarettes emit second-hand smoke that has resulted in their being banned from public spaces. E-cigarettes, however, use batteries to create an invisible burn. While these are cutting down on the amount of second-hand smoke, some of them still have the same amount of nicotine as regular cigarettes. The e-cigarettes are just as addicting as any other cigarette, and they may be just as dangerous. The health implications of e-cigarettes are still uncertain, but many critics are worried that they will serve as a gateway drug. The current problem is that e-cigarettes are more attractive to consumers who don’t want to be kicked out of restaurants or be seen blowing big clouds of smoke. While many customers are led to believe that e-cigarettes are healthier alternative to paper cigarettes, the FDA has conducted a number of tests already proving that e-cigarettes do contain a number of toxic chemicals.
Tobacco companies have been fighting to find ways to advertise for cigarettes since receiving surgeon general restrictions in 1964.

They have been almost completely under the radar after 1997, when the infamous Joe Camel campaign was ended after pressure from Congress. While the backlash from this advertisement did a severe amount of damage to cigarette companies, they have continued to survive under the radar ever since.

The cigarette companies know that an age restriction on e-cigarettes won’t stop teenagers from smoking; the cultural practice of sharing cigarettes has become its major selling point, and it will likely include e-cigarette smokers as the laws start to catch up with them. The FDA needs to directly target the social aspects of smoking if it hopes to find a method to halt its growing popularity.

Raising the legal age is a possible counter to the increase in cigarette usage, but states have been facing a lot of difficulty.
Unless state governments can admit that cigarettes have once again become a major problem, we may be seeing more smokers in the coming years.