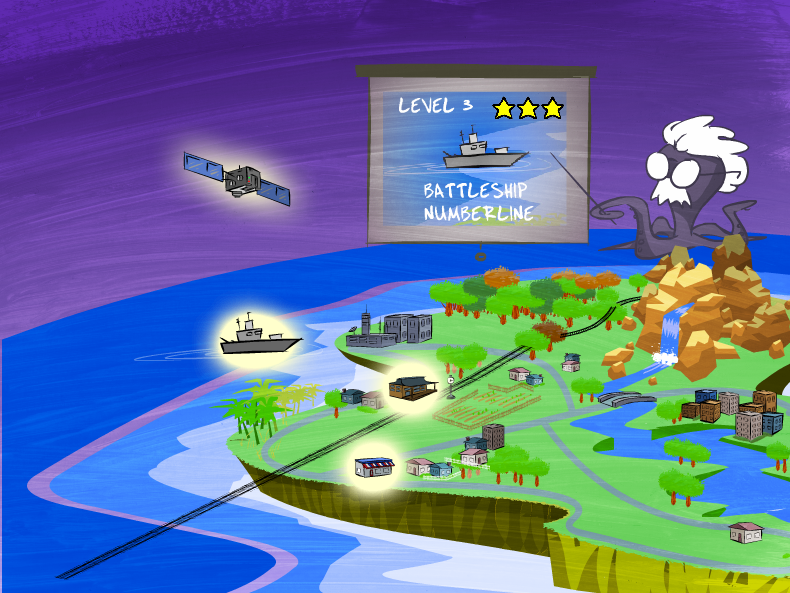 As video games continue to become more popular, the market for a more diverse selection of games has spurred increased development of educational games. Popular titles such as Brain Age help users keep their minds sharp and hone math or logic skills. One Carnegie Mellon Ph.D. candidate in the Human-Computer Interaction Institute (HCII), Derek Lomas, is the next promising developer of games with educational purposes.

Lomas has a five-year fellowship with the Program for Interdisciplinary Education Research (PIER) in HCII, and strives to create efficient educational software for underprivileged youth. Together with his collaborators Dixie Ching of New York University and Jeanine Sun of the University of California at San Diego, the team recently won the $50,000 National STEM Video Game Challenge Prize for their game, NumberPower: Numbaland!. United States Chief Technology Officer Aneesh Chopra awarded the prize to the team as part of President Obama’s “Educate to Innovate” Campaign a few weeks ago.

In a White House press release, Chopra wrote, “As the President noted earlier this month when announcing the new ARPA [Advanced Research Projects Agency] for Education, this Administration is committed to harnessing the best ideas from the public, private, academic, and philanthropic sectors to deliver an educational system that ensures we can win the future.” In an article from the Sesame Workshop, he added, “It is efforts like these that will ensure our nation’s continued economic and technological leadership well into the 21st century.”

Similar to games such as Mario Party or WarioWare, where the player can choose from several different minigames to play, Numbaland! offers five different number-based games, each designed to hone a particular math skill. The core of Lomas’ research is to improve what he calls “number sense,” which is basic intuition and understanding of mathematical concepts. “If you don’t understand what numbers mean, [it is] harder to understand why math works; you are at a loss to self-explain things to yourself. It correlates with overall high math achievement,” he said. One minigame titled “Battleship Numberline” aims to help kids understand the relationship between number magnitudes and different number forms such as decimals or fractions. In one setting, an animated battleship is positioned between two white flags marked “0” and “1.” The player then must enter in a decimal that he or she thinks represents the actual location of the ship.

“We want to systematically investigate the design decisions in the games we make. There are lots of different ways to display feedback, different ways to sequence the instructions, lots of different aesthetics, and there is even the question of whether it should be a task to begin with,” Lomas said. He and his team created several versions of their games to investigate which version helps children learn the most efficiently. In one game, they found children can improve their number sense after only 20 minutes of play. In the coming months, Lomas and his team expect to launch versions of Numbaland! for the iPad and iPod touch platforms, but currently the games run solely on computers. He hopes to put some of his prize money into making his games marketable and eventually self-sustaining.

The next step in development is to “integrate” these minigames together. To better test how people react to video games and “systematize” how data is collected, Lomas hopes that part of his prize money can be invested in better facilities, an example being a larger and more organized “video game room.” Lomas also mentioned several open research opportunities for eager students. Another facet of research involves gender discrepancies. “It’s sometimes easier to make games for boys, like our ‘Battleship Numberline,’ but we struggle to make games that are not necessarily gender-neutral, but appealing to both sexes,” he said.

This summer, Lomas and his team are going to work with underprivileged youth in after-school centers and summer programs to better understand the scaffolds of game play. He said that his life’s work was inspired by the experiences he had during an internship he had with Qualcomm in Mumbai, India. “There’s so much economic disparity and so much demand in [the] emerging middle class. There is a population the size of America that makes between $80 and $100 a month ... and the government educational systems are really poor. The missing piece is the content, as there has been very little educational content that has been proven effective.” Lomas and his team are doing their best to close that gap.