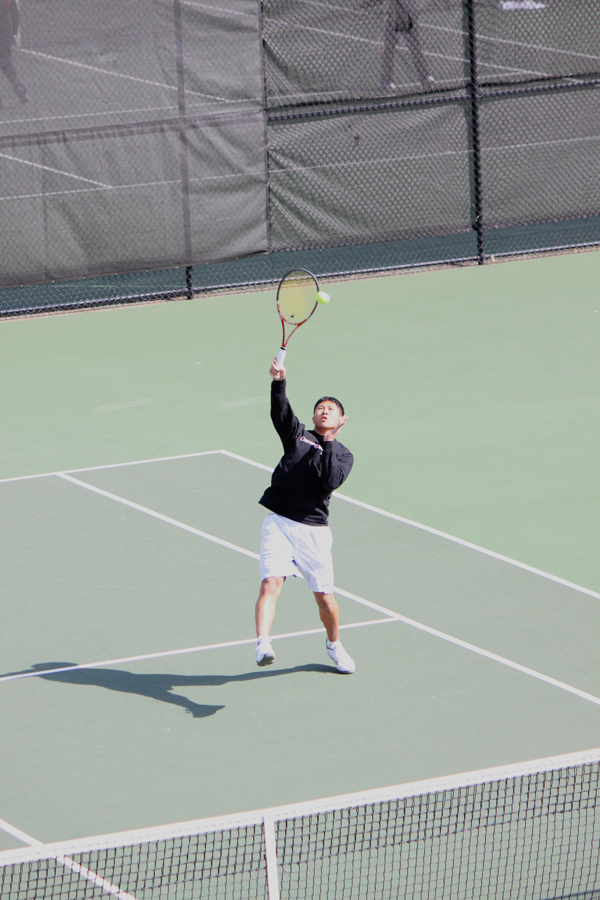 The Carnegie Mellon men’s tennis team defeated Ohio’s Walsh University 7–2 last Saturday during its first home outdoors match of the semester. Especially noteworthy was sophomore Duke Miller, who defeated his opponent 6–1, 6–0 at No. 2 singles. The Tartans move to 8–5 for the year.

The Tartans came out swinging against the Walsh Cavaliers and soon took the lead 2–1 after doubles play. The first doubles team to record a win was the No. 3 pair of sophomore Jooho Yu and first-year Mason Radford, who only dropped three games to win 8–3. The second doubles team of senior Alex Nemerov and junior Jeremy King did not have the same luck, and lost its match 8–3. Rounding out doubles play was the No. 1 duo of senior Bobby MacTaggart and sophomore Duke Miller, who recorded a solid win 8–4.

The Tartans topped Mercyhurst yesterday 8–1. The Denison Big Red will travel to Pittsburgh next Friday for the Tartans’ next home match, with a start time slated for 4 p.m.