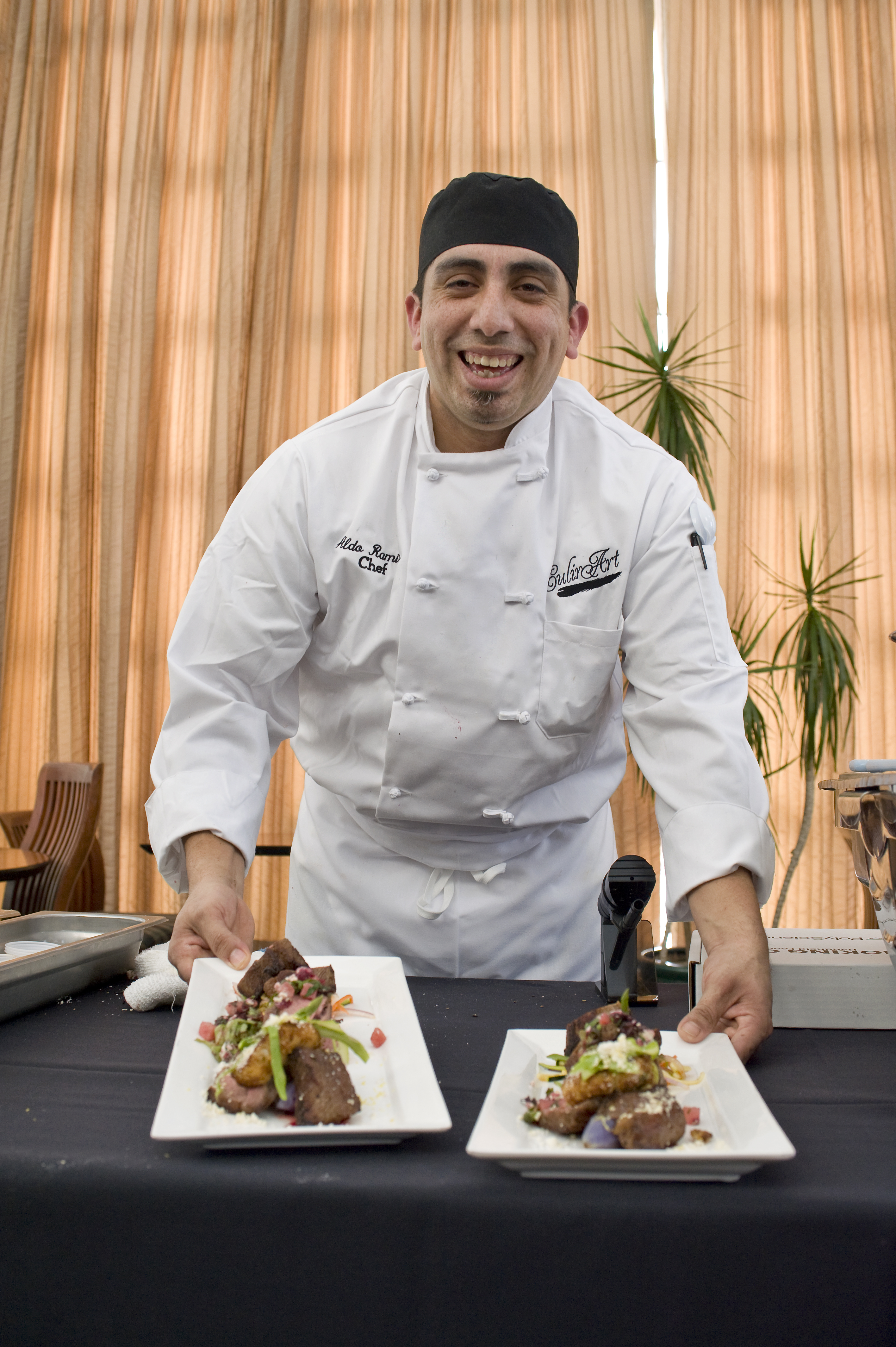 Chef Aldo Ramirez, an executive catering chef who works for Carnegie Mellon’s dining service CulinArt, is one of 10 chefs across the mid-Atlantic region to be selected to compete in the National Collegiate Culinary Challenge. Ramirez is the first chef from Carnegie Mellon to participate in this event.

This culinary competition — which is best described as “the Grammy equivalent of collegiate food service,” according to Shelby Cole, director of CulinArt student activities — is scheduled to run March 6–9 at the University of Richmond, in Virginia. If Ramirez does well, he will go on to the national competition, which will take place later this year.

For the competition, contestants will have 75 minutes to set up, cook, and serve a recipe of their choosing.

There are additional rules that make the competition much more interesting. For example, there is a required special ingredient that all cooks must use in their dish. In this competition, the mandatory ingredient is called Beef Tri-Tip, which is a cut of beef, similar to sirloin, often used to make steaks.

Another point of interest is that the competition is trying to promote healthy eating. There is a rule which requires that “The entrée recipe should be nutritionally balanced.” Competitors will be judged based on criteria such as cleanliness, organization, taste, and creativity.

On Wednesday, Ramirez participated in a trial run of the preparation session for the dishes that he will be preparing during the competition. He will be competing with Beef Ménage À Trois, or beef three-way.

It is named so peculiarly because it is a combination of three differently prepared cuts of beef, each with distinctive flavors. During his trial run, he had to utilize creative methods of preparation in order to make the dish within the allotted time frame.

For example, in one part of his preparation, Ramirez filled a glass up with smoke, using a smoker gun, and put it over the beef to add flavor to it in a quick way that would otherwise take a long time to do. One might think that the process of preparing a full meal in such a limited time period would appear frantic and messy. It was quite the contrary; Ramirez’s style of cooking was very precise and methodical.

Although this will be his first time cooking at the competitive level, Ramirez has had much cooking experience.

Ramirez says that he “originally wanted to become an engineer,” but he went into cooking instead. He started cooking when he was 15 by working at his father’s restaurant.

Over the years, he has performed many cooking demonstrations, so he will be well prepared for the competition. Throughout his career he has worked at a resort and casino, and as a personal chef.

He has currently been working at Carnegie Mellon for CulinArt for a year, and his favorite part about his job is “the variety and challenges.”

All of the recipes that the competitors are using will be released to the public. So if students are looking for a new beef dish to try out, they might want to try out Ramirez’s Ménage À Trois, or one of the many other professional recipes that will be made available.