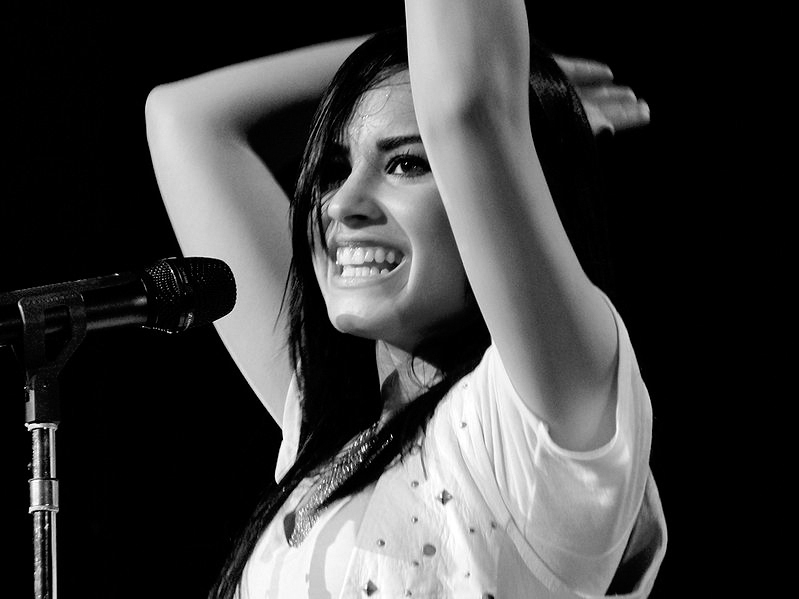 Pop icon Demi Lovato, pictured above, has struggled with anorexia. (credit: Courtesy of Wikimedia Commons)
Editorials featured in the Forum section are solely the opinions of their individual authors.

Lately, “rehab” and “celebrity” seem to go hand in hand. Two and a Half Men star Charlie Sheen recently entered a rehab center after he allegedly destroyed a hotel room in an alcohol- and cocaine-induced rage. Lindsay Lohan has been in and out of rehab so many times that it’s become difficult to keep track.

One celebrity whose unexpected admittance to rehab surprised her fans was young Disney star Demi Lovato. The star abruptly checked herself into an Illinois rehab center last October after a reported meltdown while on tour. Her rehabilitation is not for the usual drugs and alcohol abuse, however: Her representatives have said that she entered the facility to deal with physical and emotional issues, and that she has struggled with cutting and eating disorders.

Eating disorders affect an overwhelming amount of the population. The National Eating Disorders Association reports that as many as 11 million people in the United States are struggling with anorexia or bulimia, with 40 percent of newly found cases of anorexia occurring in girls aged 14 to 19. Some may think eating disorders to be relatively harmless, but nothing could be further from the truth — anorexia nervosa has the highest premature fatality rate of any mental illness.

However, despite these disorders’ prevalence, there remains a woefully small amount of research funds directed at treating them. The National Eating Disorders Association says that “reported dollars spent on anorexia averaged $0.70 per affected individual, compared to over $159.00 per affected individual for schizophrenia,” even though schizophrenia only affects about a fifth as many people as eating disorders do.

Why is a serious mental illness that affects so many people not being taken seriously or being sufficiently funded? Perhaps it’s because anorexia and bulimia are thought of merely as “extreme dieting.” After all, American culture is obsessed with being skinny: According to inch-aweigh.com, at any given time, approximately half of American women are on a diet. Americans spend over $40 billion a year on dieting and diet-related products. In our diet-obsessed world, it is easy to dismiss people with eating disorders as girls who merely “took it too far” or “did it wrong.” Contrary to popular belief, an eating disorder is a serious mental illness and should be treated as such.

I applaud Demi Lovato for taking the necessary steps to recover from her issues. Since leaving the Illinois rehabilitation center, she has continued to seek outpatient care, and reports say that she already looks much happier and healthier. I hope her experiences will encourage her to speak out about the seriousness of eating disorders, and inspire other young women suffering from this illness to follow in her footsteps and get the help they need.