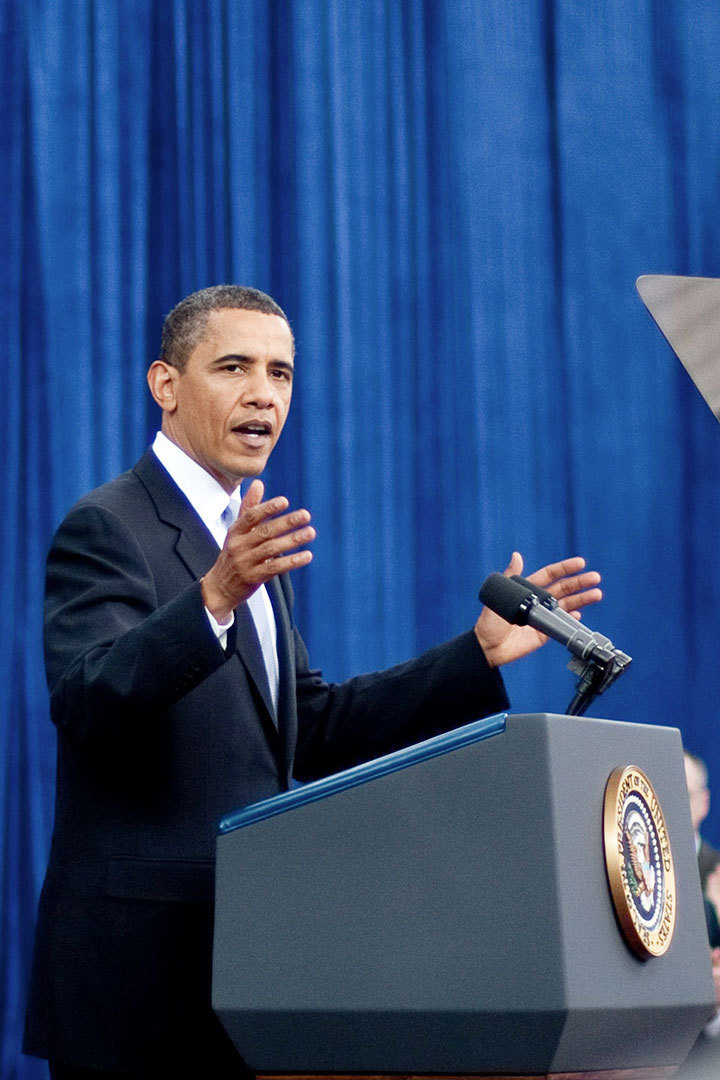 President Obama recently announced that his budget proposal would provide relief for states burdened by debt from unemployment benefits. Although this proposal had not officially been released by the White House until today, representatives and employers alike have already made their feelings known. At a time when unity is most needed, partisan differences are keeping government fragmented.

It is obvious that our economy is still in the midst of a recession. Families are still forced to cut back, unemployment levels are still uncomfortably high, and people everywhere are still nervous about putting their faith in the government’s plans. As a result, the Obama administration has been forced to think of creative and resourceful strategies to help businesses and workers survive. This is becoming increasingly difficult with the federal government loaning billions of dollars to state governments to pay for unemployment benefits. According to The Wall Street Journal, “More than 40 states raised their unemployment-insurance payroll taxes last year to boost revenues.”

Obama’s plan is aimed at replenishing the drained state unemployment-insurance trust funds. It stipulates that companies will have to pay $15,000 in unemployment taxes, more than double the amount they are currently paying. However, in a good-hearted attempt to aid businesses as much as possible, the proposal would ideally delay these new tax regulations until 2014, the estimated year of full economic recovery.
I believe it is essential that the federal government and companies work together and form a symbiotic relationship. Without cooperation between the two, our economy will only continue to stagnate.

“The president’s proposal does two things that are most important,” White House press secretary Robert Gibbs said in a Washington Post article. “It prevents increases in the federal tax that goes to the unemployment insurance fund, and that’s tremendously important given where we are economically. But it prevents future state bailouts, because in the future, states are going to have to rationalize what they offer and how they pay for it.”

Not all feedback on the proposal is so positive and optimistic, however. A majority of Republican representatives have taken a decidedly strong opposition to the plan’s provisions. They are most incensed with the prospect of raising taxes and government intervention on business, as per usual.

“I strongly urge the White House to reconsider this job-destroying proposal,” said Orrin Hatch (R–Utah) in a press release. “Either employers will have less money to hire, or workers will face reduced wages. Neither makes any sense and both run counter to our shared goal of getting the American people back to work.”

Hatch, the senior Republican on the Senate Finance Committee, has a clear personal stake in the outcome of this budget plan. He, like many Republicans, believes that raising taxes of any sort is a counter-intuitive method of restoring and revitalizing the economy. However, in instances like these, federal and state governments must agree to compromises in order for any sort of progress to be made.

Realistically speaking, what other choice does the federal government have besides raising revenue, especially considering the already-fragile state of our economy?

Although the plan is geared toward helping companies, employers remain skeptical of the possible benefits and pitfalls.

“What’s being proposed by the White House would be very helpful and a big boost in the short term,” said Kevin Brinegar, president of the Indiana Chamber of Commerce, whose members start paying higher taxes in April in order to repay the state’s $2 billion loan. However, he commented that the proposal’s additional tax increases in 2014 “would be pretty devastating.”

The budget proposal is being debated during a time when tensions between White House officials and employers are still apparent. Although the federal government is trying to improve its relations with business groups by cutting costs, it is simultaneously pushing for financial help to restore the unemployment insurance fund, which has been severely drained by the prolonged recession.

It is very easy to be a skeptic and a cynic. It is very easy to criticize and complain. But now is not the time for involved parties, such as Congress, businesses, and the public, to take the easy route; cooperation, although difficult, is necessary for our country to restore itself.
It seems that both members of Congress and the public expect Obama to magically restore the economy without any additional cost to them. They both need to realize that this is a ridiculous stance. Their unrealistic belief that recovery and sacrifice don’t go hand in hand will leave President Obama with some very tough decisions to make.

No one can say with certainty if this proposal will help the economy and businesses. Both sides of support and opposition have valid points, making it difficult to take a definite stance. One thing, however, is certain: The best approach we can take to fixing our economy is to put aside teamwork and partisan biases. We will only dig ourselves into a deeper financial crisis by nit-picking and splitting hairs with one another. There is a famous stereotype associated with split Congressional houses: Partisan gridlock means laws are never passed and nothing gets done. I strongly disagree; if the two houses can keep the goal of restoring the economy a priority and avoid being bogged down by minor details, Congress could produce innovative pieces of legislature.

That being said, it will be interesting to see how far this proposal gets in Congress and if Obama can generate enough support to get it passed.