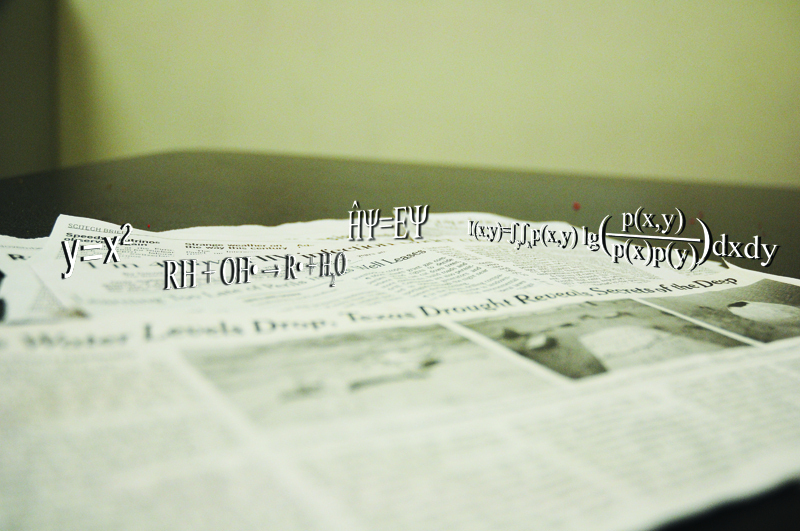 Energy, power, climate change, atomic explosions — what scientific concepts should any future president of the United States be familiar with? One course at Carnegie Mellon aims to address exactly that.

Markus Deserno, a professor in the department of physics, teamed up with department head Gregg Franklin to teach a course titled “Physics for Future Presidents,” in which students learn science fundamentals pertaining to global scientific issues that hold social and political importance. For example, to learn about nuclear energy, students studied the basics of atoms, chain reactions, and energy. An intelligent conversation about global warming calls for a few basics on radiation and light.

“There’s a lot of stuff out there which you can’t really have a sound opinion on if you completely lack the science,” Deserno said. “So what you instead do is just listen to the sound bites of people telling you stuff. And it’s not really that hard to have an opinion on this stuff once you know a couple of basics.”

The class, which was offered for the first time in the fall 2009 semester, is open to all students and majors. There are no prerequisites, and the professors like it this way. “I think that we just want to enable our students to become more educated citizens — it doesn’t necessarily have to be for the next future president, but any voting citizen should know a couple of these things,” Deserno said.

The course had its beginnings just over 10 years ago at University of California, Berkeley. A physics professor named Richard Muller was asked to teach a qualitative physics course that covered a very wide range of topics as effectively as possible. His vision was to create a course that taught scientific fundamentals that addressed some of the most important global issues while avoiding some technical aspects such as calculus that might confuse students. Thus, Physics for Future Presidents was born.

“Can real physics be taught without math? Yes! Math is a tool for computation, but it is not the essence of physics,” Muller explained in a 2010 newsletter for the Forum on Physics and Society. “So many people in our government have a poor grasp of science, and yet if they misjudge the science, they can make a wrong decision.” After a few years of teaching the course, Muller published the textbook Physics for Future Presidents: The Science Behind the Headlines. Similar courses have spread to other universities, including Carnegie Mellon.

Franklin, who teaches the course with Deserno, believes the students are gaining a lot from the course. In one instance, the students viewed a three-minute video clip of a politician speaking to Congress about carbon dioxide levels in the atmosphere. “When [Deserno] was showing that three-minute clip, one of the students shouted out, ‘Where is she getting her numbers?’ That’s a successful class!” Franklin said.

The course has received positive reviews from students as well. “The professors have done an excellent job of finding realistic ways to clearly present the basic physical phenomena we all should understand,” Tyler Rice, a sophomore English major, said in an email. “This is important for students who are in fields which don’t require the in-depth study and rigorous mathematics of your typical physics class at CMU, but who still want to learn about the big picture.”

In the end, making judgments on the credibility of scientific decisions and statements is up to the students, and Deserno and Franklin hope the students have gained some tools to help them make good assessments based on scientific fundamentals.

“In recitation, [the students] were asking, ‘How do we find out the truth on some issue?’ ” Franklin said. “That’s the best but hardest question. But the fact that they’re asking that is good.”