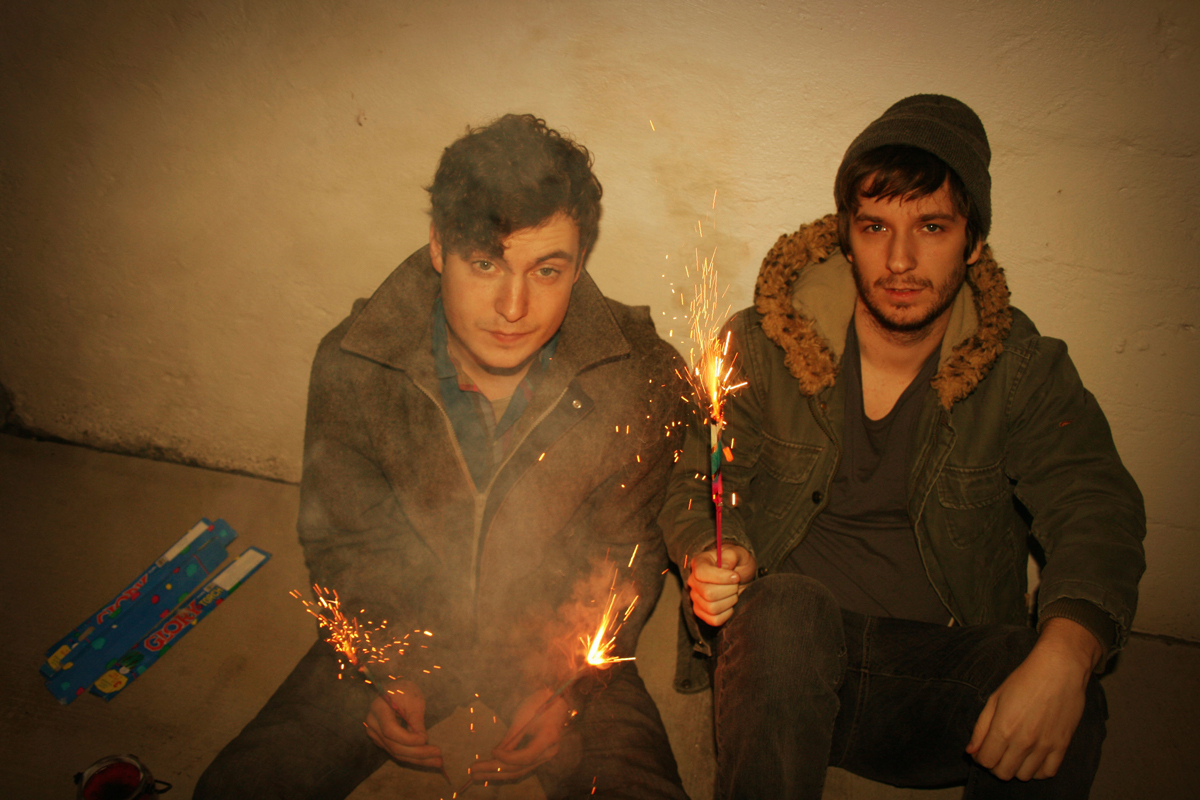 Credit: Courtesy of Tell All Your Friends PR

Nic Snyder, the founder of 1,2,3, described the band's single "Work" as being about a "working class ethic."

Pittsburgh may be its hometown, but the band 1,2,3 has already been making itself heard far beyond the boundaries of western Pennsylvania. Nylon magazine listed the group as a “band crush” in April 2011. The Guardian first started raving about the band mere months after it began posting music in 2010. The band has toured across the nation, yet singer and guitarist Nic Snyder has not abandoned his Pittsburgh roots: “I’ve been here my whole life and I’m proud of it,” he said in a phone interview.

1,2,3, which is opening for Tokyo Police Club in Rangos Ballroom on Nov. 12, was formed by Snyder and percussionist Josh Sickels. The two have been “friends ever since we were in junior high,” Snyder said. The duo has been playing together for about 10 years — “we needed a drummer for our band and he didn’t drum at that point, but he said he did, and we’ve kind of been playing together ever since,” Synder recalled.

They were originally both in the band The Takeover UK, which formed in 2004, but the group broke up after several years. “We had every music industry nightmare horror story happen to us that you can imagine, and it got to be too much for us after a while,” Snyder said. Despite his frustration, Snyder did not stop writing music. “I had a stockpile of songs that were in a fairly different direction — and it wasn’t like I tried to write in a different direction,” Snyder said. “My tastes had just changed.”

While The Takeover UK’s sound was squarely in the pop-rock genre, 1,2,3 is far less peppy, with sounds reminiscent of everything from ‘70s rock to electronic to “Appalachian fiddle music.” Snyder cited modern R&B, The Beatles, and Bob Dylan among some of his influences.

Pittsburgh has also been a major influence: “I’ve seen this sort of stuff everyday — the old factories — and whether you go in [meaning] for it to influence you or it just happens subconsciously, it does in one way or another,” he said.

Pittsburgh’s influence is most evident in the single “Work.” Snyder explained, “My boss at the time was trying to convince me to write some sort of working man’s song, and I told him that I didn’t really think that I would be able to do that — but I would keep it in the back of my mind. I had the music for ‘Work’ but I had no melody... it just came out that I felt like having it be about some sort of working class ethic.” The music video for “Work” makes explicit ties to the working class ethic, with gorgeous shots of Pittsburgh’s bridges and industrial areas mixed with shots of men working in the Strip District.

While Snyder is proud of his Pittsburgh roots — “I’m proud of it and I have absolutely no problem with it shining through in [my] songs,” he said — he did emphasize the importance of leaving Pittsburgh. “That’s how it works in Pittsburgh — you leave Pittsburgh to succeed [in the music industry]. You can’t just continue playing around Pittsburgh,” he said. “We’ve always lived in Pittsburgh, but we always make sure we go to New York and L.A. and overseas. And it’s just important, you know, if you want to do it for real.”

Snyder described Pittsburgh’s music scene as very small, and said that “I feel like people could definitely be more creative” when making music. He is hopeful for the future of the local scene, though: “I feel like I’m waiting for some band of 19-year-olds to come and blow us out of the water... I hope there’s a group of four or five guys and girls sitting in their garage somewhere making music.”