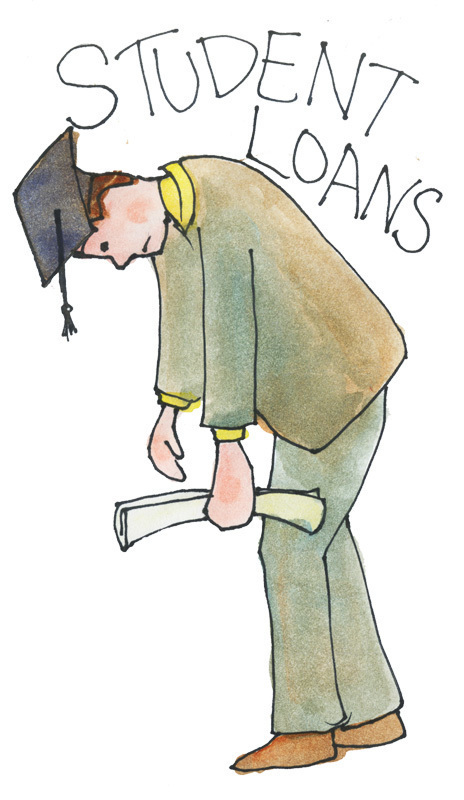 President Barack Obama announced on Oct. 25 that, beginning Jan. 1, students would no longer be required to pay more than 10 percent of their discretionary income toward student loan debt, with remaining balances forgiven after 20 years. Considering that the amount of student loan debt has reached $950 billion, according to Bloomberg L.P., overtaking the amount of credit card debt in the country, this is a commendable first step toward solving the student debt crisis. However, it is only that: a first step.

While this plan might help to mildly alleviate the stress of student debt, it merely addresses a symptom of the problem. Instead of trying to decrease the burden of debt that tuition places on students, why aren’t we questioning why tuition has gotten this high in the first place?

Since 1982, the cost of medical care in the United States has gone up over 200 percent. By comparison, the cost of college tuition has gone up by more than 400 percent, far outstripping the rises in inflation. These tuition raises have resulted in an average student debt of $29,000, with two-thirds of the Class of 2010 graduating with this debt.

Part of the reason so many students have been taking on loans is because they have been told their whole lives that a college degree is necessary to succeed — which is, to some extent, still true. College graduates earn about $20,000 a year more than people with only high school degrees.

If a college degree is now so central to the functioning of our economy, though, why are students forced to take on so much debt in order to try and get ahead? In the long run, this dependence on student loans is crippling the country’s future; merely decreasing the necessary payments on loans only puts a Band-Aid on a dam, and just defers that debt onto taxpayers.

College degrees have now become an expected public service, much like primary education. If we as a society are willing to accept the costs of K-12 education as necessary to the functioning of our economy, we should also be more willing to take on some of the costs of college education. Many European countries like England and Belgium already do this, with either no tuition or a negligible amount of tuition costs for a college education.

At the very least, the costs of public college educations should be drastically reduced. As they are now, many public universities’ tuition rates are not much better than private. The University of Pittsburgh’s lowest in-state tuition rate is $14,838, and University of Virginia’s in-state tuition is $11,794 — and that doesn’t even take room and board or books into account.

As I said, Obama’s student loan plan is a commendable first step toward reducing the burden on students. However, if we as a country hope to sustain our future as an educated society, we need to do more to support the students on whom our future relies.