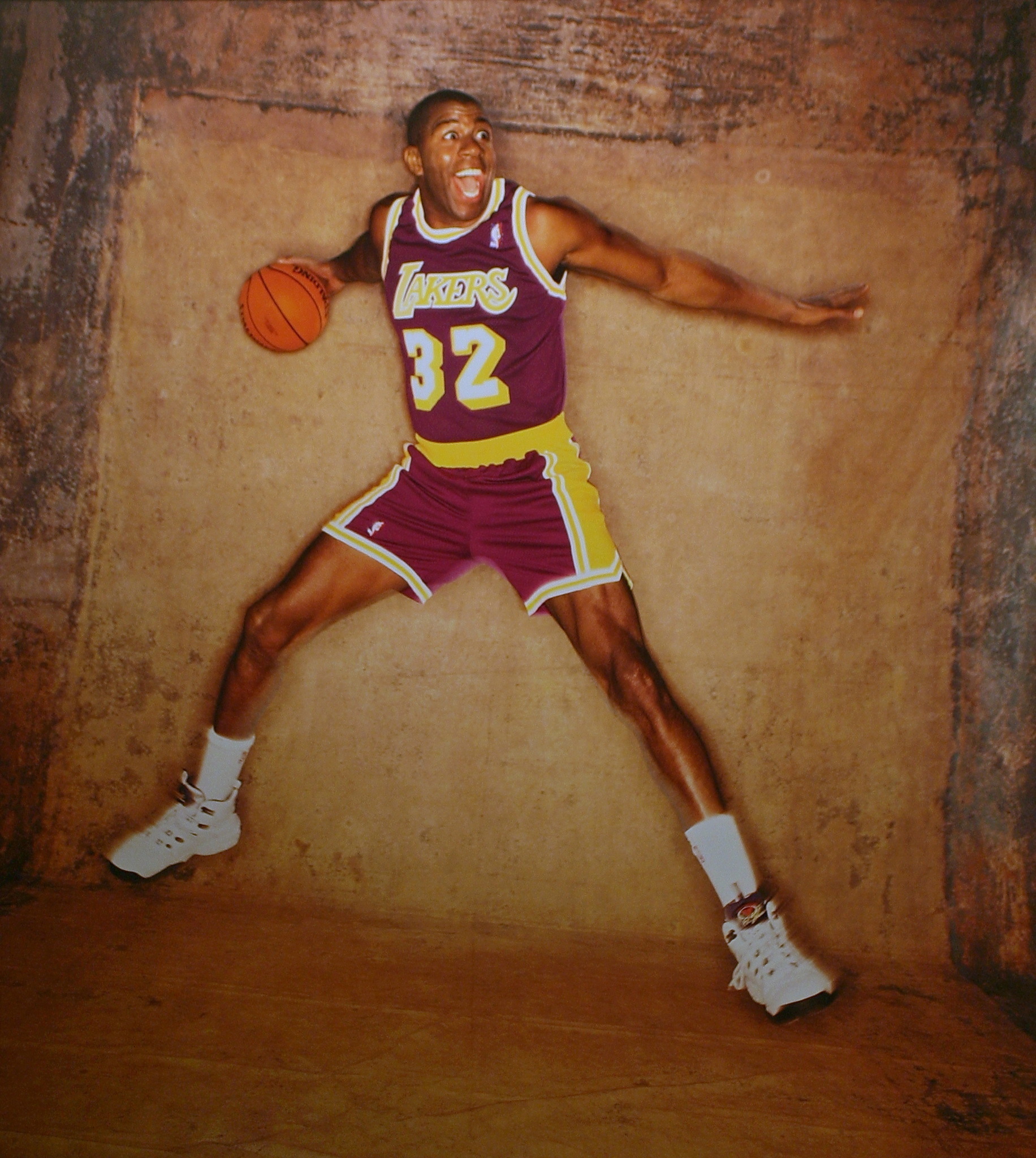 Johnson was a vibrant and beloved superstar during his NBA career. (credit: Courtesy of Cliff1066 on Flickr)

Nov. 7 marked the 20-year anniversary of one of the most pivotal days in sports and science history.

Twenty years ago, then-Lakers superstar point guard Magic Johnson held a press conference, one that was dynamically heartbreaking, frightening, and perplexing. Johnson ended his already hall-of-fame-worthy career much earlier than expected, announcing he had been diagnosed as HIV positive.

The press conference was a star-studded event to celebrate Johnson as the face of the campaign to find a cure for AIDS. Besides being one of the NBA’s all-time greats, transcending the game of basketball and orchestrating the high-octane Showtime Lakers offense, Magic Johnson and the Magic Johnson Foundation have been crucial in the fight against a disease that kills about 1.8 million people every year.

Johnson stood at the podium, commanding the audience, at one point drawing six members of the National Basketball Association Hall of Fame up to the podium with him. The sports world watched in awe, because 20 years ago, nobody though Johnson would be alive.

In 1991, HIV and AIDS were enigmas compared to what we know about them today. People accused Johnson of being bisexual or gay because that was the perceived demographic of AIDS. He admitted to having multiple sex partners, but the lack of knowledge about HIV caused people to question. His attempts to return to the game were futile due to players’ concerns about catching the virus simply from contact with Johnson.

But after 20 years of the Magic Johnson Foundation’s efforts, the world is more knowledgeable about the HIV and AIDS disease, and treatments of exponentially better quality have been produced.

While it was a celebration of what Johnson has contributed to the eradication of this disease, the event was a forum of admiration for a truly great man.

As a rookie, Johnson’s Lakers faced Julius Erving and the Philadelphia 76ers in the NBA Finals. The Rookie of the Year winner, Johnson was asked in game six to start at center for the injured Hall-of-Famer Kareem Abdul Jabbar. Johnson overcame what most would consider a gaudy obstacle by scoring 42 points, grabbing 15 rebounds and adding seven assists.

His rivalry with the Boston Celtics Hall-of-Fame forward Larry Bird is one of the greatest in NBA history. It was the spark to a lot of Johnson doubters. After a disappointing loss to Boston in the 1984 NBA Finals, where Johnson botched a chance to win game one by not getting his shot off in time and turning the ball over late in game seven to lose the series, Johnson was a target for heavy criticism. He used the criticism as motivation and came back in 1985, led the Lakers to the Finals again, and beat the Celtics in six games.

Doubters of his “clutchness” were proven wrong in the 1987 NBA Finals, once again against the Celtics, where Johnson hit a baby hook shot over Robert Parish and Kevin McHale to win game four 107–106. The Lakers won that title in six games, and Johnson earned his third NBA Finals MVP.

But Johnson would have to overcome no obstacle greater than the HIV he would have to fight. His career was ended in its prime, and basketball fans were heartbroken and stunned. But who better to beat a disease than a man with the competitive fire it takes to be a legendary athlete?

Twenty years later, Johnson stands strong, still fighting for the cause. This press conference celebrated that fact, that he was a role model for a fan base that loved him and is now a national role model.

With all of the work the Magic Johnson Foundation has accomplished, we can expect that 20 years from now, we will be celebrating Johnson in a similar fashion. Defying odds, he will be up on that podium, commanding the room, inspiring so many.