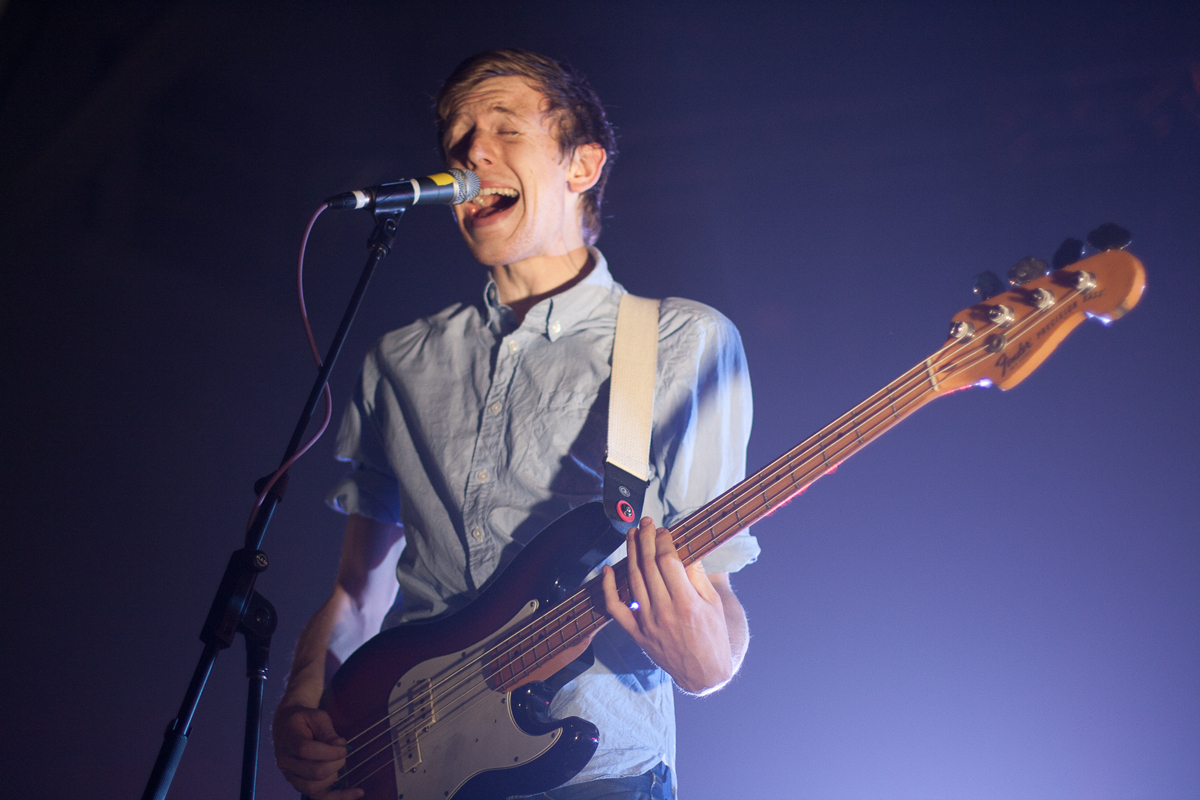 Vocalist and bassist David Monks was conscious about interacting with the audience. (credit: Patrick Gage Kelley/Publisher) 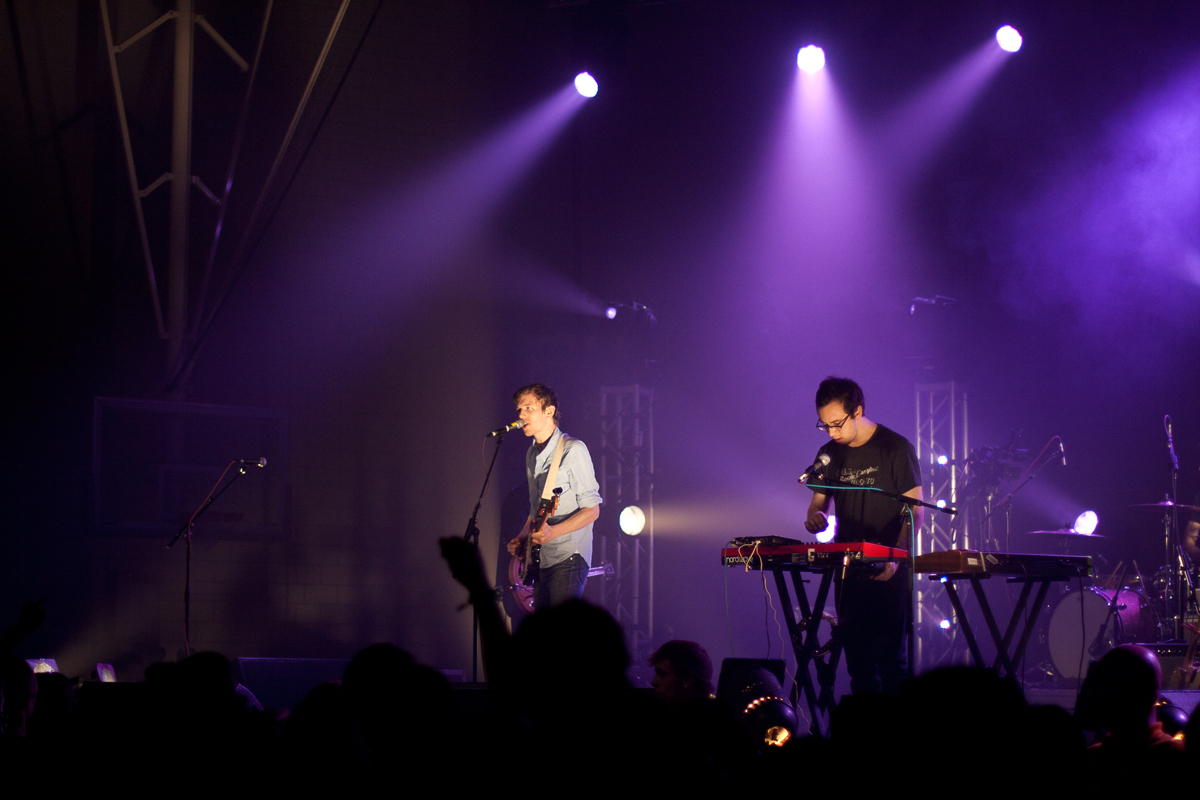 Carnegie Mellon was struck by indie rock talent this past weekend as it played host to local band 1,2,3 and the Canadian band Tokyo Police Club. The well-publicized event was presented by AB Concerts, which began planning this event in August. The head event coordinators were Lynn Streja, senior human-computer interaction and information systems double major, and Luyba Zeylikman, senior economics and psychology double major.

Walking into Wiegand Gym gave the impression that the audience was in store for an impressive show, thanks to the striking stage constructed in the center of the gym. The professional setup enforced the feeling that the audience was in for a great show, a feeling that was undoubtedly justified by the night’s end. The smoke-filled gym and the light effects also helped build anticipation for the concert to come. There was a large screen set up by cmuTV, which served as a great way for the audience to see several perspectives of each band.

Despite the setup, not everyone was pleased with the venue. First-year electrical and computer engineering major David Lu said after the show, “The performers were good but the venue was not that good, ’cause the gym resonated.... So there were a lot of notes with the first group that weren’t heard too well.”

The local Pittsburgh band 1,2,3 opened for Tokyo Police Club. In an interview, Zeylikman said, “We went through a lot of choices for [opening] acts. We chose 1,2,3 because we feel like they are about to hit it big, so we wanted them here before they do. We also like to support local bands.” Streja added, “It was a lot of hard work, but worth it.”

1,2,3 did a great job as an opener. Lead singer Nic Snyder has a unique voice with a broad range that covers everything from a falsetto high to a raspier low. The band has a very indie feel, which had audience members bobbing their heads up and down and swaying from side to side.

As the band played its last song, each member moved off the stage one by one, leaving Snyder behind for a mini solo performance. “I thought [1,2,3’s performance] was pretty good. I liked how they all got off stage,” said sophomore biology major Luke Diorio-Toth.

“It was a little mellow, and they could have gotten the crowd going a bit more, but it was still good,” said Dixie Kee, a junior computer science major, after the band’s set. “Lots of falsetto. Lots of cardigans.”

After a brief intermission, Streja and Zeylikman introduced the headliner, Tokyo Police Club. Its set definitely had more danceable music, filling the gym with energy. While the band members focused on their instruments, they were also always conscious of interacting with the audience, frequently instructing the crowd to clap and sing out loud at times.

The lighting of the show was spectacular — the band’s lead vocalist and bassist, David Monks, even gave a shout-out to the amazing display of lights.

“They are really great! Too many bands lack energy. It is always great to see the performers have more energy than the crowd,” said senior mechanical engineering major Chris Simundson, who spent the entirety of Tokyo Police Club’s set dancing away.

Others who were less familiar with the band seemed pleased nonetheless. Samuel Nalbone, a junior mechanical engineering major, said, “They were pretty good. I had never heard of them, but they were really great.”

A small group of attendees danced throughout the show, while others made several entertaining but failed attempts at crowd surfing (no one was hurt, though). Not everyone was paying attention to the music, though — in the back of the gym, some people sat on the floor in small circles talking throughout the concert, while next to the merchandise tables, there were global medical brigades selling cookies and other baked goods. Although the gymnasium was only about half-full throughout the concert, the audience — which included plenty of University of Pittsburgh students and sleeping baggers, in addition to Carnegie Mellon students — seemed to have a great time.