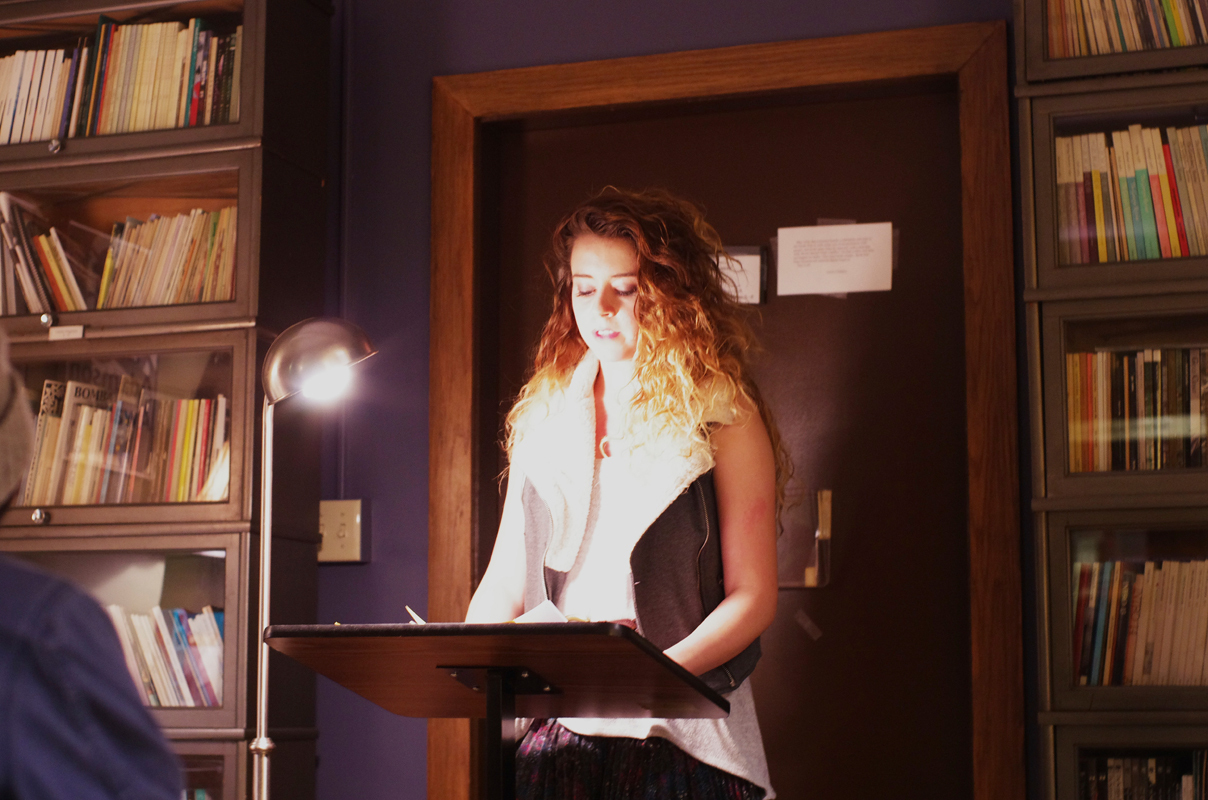 The second of three creative writing student readings for the fall semester was a delicious showcase of the range of talents that Carnegie Mellon offers. It was held in Baker Hall 260, affectionately known as “the Glad.”

The theme for the night was “Masquerade Ball.” Even though a theme is usually attempted at these readings as a way of stirring up excitement, there was nothing in the way of decor that indicated the night’s theme.

Hosting the student reading in the Glad had its pros and cons. Although it does serve as an academic home to creative writing students and has a cozy, coffee-shop feel to it, the space is tiny. It is extremely awkward for audience members to maneuver their way around the room to pick up a slice of pizza, especially considering how packed the space was with eager audience members.

“I am really interested in what the upperclassmen have to say,” said Ivy Krislov, a sophomore creative writing and technical writing double major, before the event.

Sherwin had the most unusual pieces. One piece that stood out most from the entire night was a piece which he prefaced by saying it was “not a poem.” It was indeed anything but. He proceeded for about three or four minutes to spew out phrase after nonsensical phrase. He read phrases that sounded like, “I are the the the that my horse can’t my a are your.” It made the audience feel as though they had stepped into the mind of a schizophrenic. Although the purpose behind the piece was nebulous, it was great to listen to such creative cacophony. Maybe its purpose was to have the audience contemplate its purpose.

Supinka, like Sherwin, had very interesting poems with meanings that were a bit hard to decipher. Nonetheless, the poems were engaging, especially her poem inspired by Leonardo da Vinci’s “Vitruvian Man.” She blended mathematical concepts beautifully with poetic visualization.

Like Supinka, Price had works that incorporated numbers, including one that described a highly specific procedure for drinking coffee. He turned it into an art.

After the reading, Crochet said in an interview that the event was “exhilarating. I am not the most comfortable with public speaking, but it is great to share my work in such a welcoming environment.”

Krislov said that she “will definitely come out to one [student reading] in the future. It was really cool.”

The next and last creative writing student reading for the fall is on Dec. 1 in the Glad. Come out to support the showcasing of talented Carnegie Mellon English department students.