Bastards make it to print 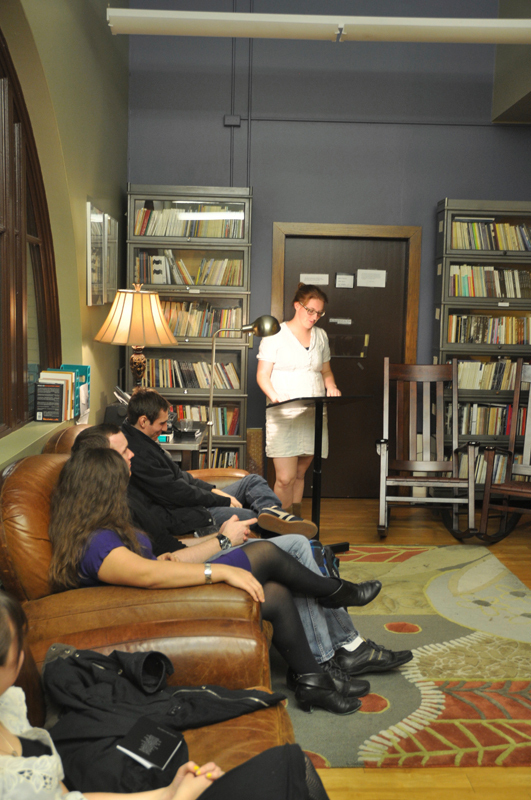 The release party for the first issue of _Print Oriented Bastards_ featured cupcakes, readings by some of the writers featured in the journal, and an open mic night. (credit: Nicole Hamilton/Comics Editor) 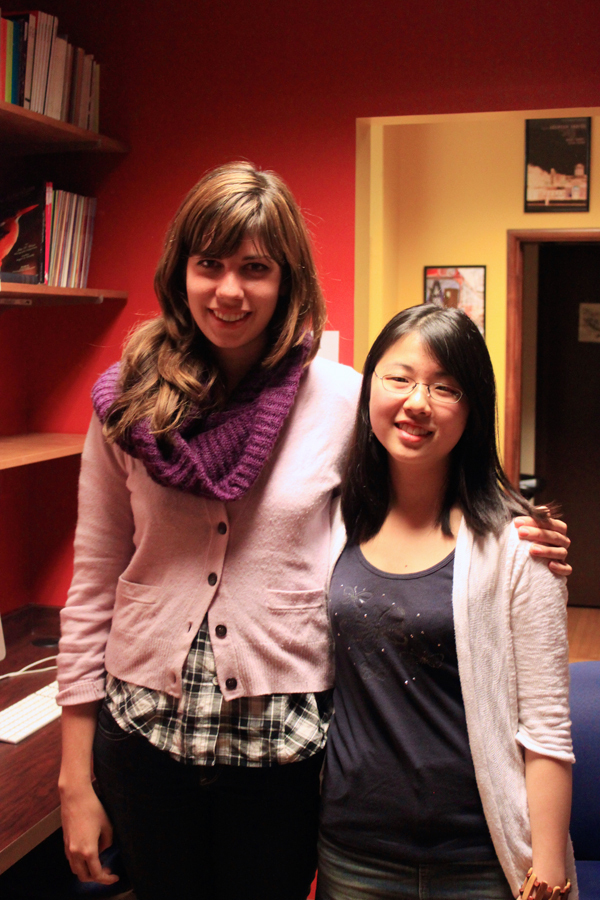 Ines Pujos and Marci Calabretta first dreamt up Print Oriented Bastards — a literary journal for graduate and undergraduate students across the country — a year ago, as they were doing homework together. This year, their dream has become a reality, as they released the first issue of Print Oriented Bastards last Friday in the Gladys Schmitt Creative Writing Center.

Pujos, a senior creative writing student, and Calabretta, a 2011 alumna who majored in English and creative writing, received the 2011 Charles C. Dawe Memorial Award to help fund the literary journal, which has the tagline of “Every Writer’s Little Black Book.” In a literal sense, the journal fits this tagline perfectly: Its slim, compact shape is slightly smaller than the length of one’s hand, and it has a simple black cover.

The journal is also on its way to fitting the moniker of “little black book” figuratively. Although most of the contributors to the journal are, unsurprisingly, Carnegie Mellon students and alumni, the issue also includes writers from Knox College and Columbia College Chicago. The editors hope to increase the diversity of the journal’s contributors, though; at the release party on Friday, Pujos said that they are “sending this [issue] to all the graduate schools and undergraduate schools across America ... to promote young artists and writers.”

Print Oriented Bastards’ ambitions of becoming a reference point for writers is best realized in its diversity of content. Poetry, fiction, art, prose poetry, and photography are all represented, with subject matter ranging from hickeys to physics to softball games. The journal shines most in its poetry section; among the most successful poems is fifth-year creative writing major Andre Price’s “To My Landlord,” in which he combines a dilapidated house with beautiful images of nature. Senior creative writing major Caroline Kessler uses a conversation about congregating stinkbugs to explore her relationship with her brother in “An Evening with My Brother.”

Although the poetry section is the largest and strongest, the prose section also has several gems — “Lights,” by Francesca Thompson, a fiction writing major at Columbia College Chicago, provides an intimate and lyrical look into how tragedy can affect a small, tight-knit community.

The weakest point in the journal is the visual art. While “Ninfa” by Mariluz Orbay-Cerrato, a graduate student in the English department, is stunning, the other images aren’t as arresting. This is probably partly due to the journal’s small size: It’s difficult to fully appreciate an image when it’s only four inches tall. If the editors of Print Oriented Bastards want to continue to put the “little” in “little black book,” perhaps they should consider limiting the content to the literary, rather than the visual, arts.

Overall, though, Print Oriented Bastards’ first issue is well on its way to accomplishing its goals. Many a writer will enjoy slipping this journal out of his or her bag to thumb through for inspiration. Those interested in picking up a copy of Print Oriented Bastards can find them in the Gladys Schmitt Creative Writing Center in Baker Hall.