Florence falls short of past work 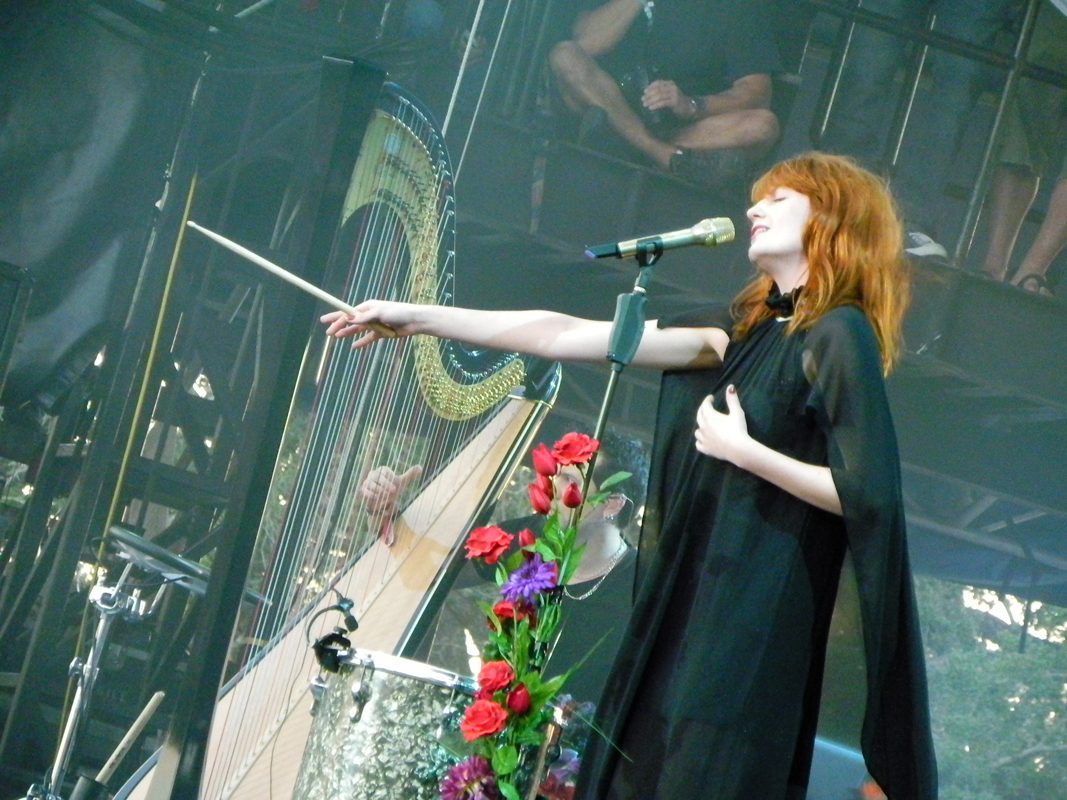 Florence Welch, the singer-songwriter behind Florence + The Machine, is known for her dreamy theatrics. (credit: Courtesy of JessicaSarahS via Flickr)

Maybe the epic sound of her debut album Lungs is the reason why Florence Welch of Florence + The Machine has been repeatedly depicted as larger than life. Everyone reports the same thing — she dances on stage with no shoes, decorates rooms with found bird cages, and once made an art project that spelled out “You’re a twat” in artificial flowers. Even her success story has a bit of magic to it: Her now-manager found her in the bathroom of a pub, singing Etta James.

Ceremonials, her recently-released album, follows up on this sense of wonder, but does nothing to explore the other sides of Welch that are so interesting. While Lungs is a multifaceted book full of beautifully written short stories, Ceremonials is a complete novel — one that drags on for too long.

Ceremonials expands the otherworldly gospel sounds that Welch first created in tracks like “Hurricane Drunk” and “Cosmic Love.” Sometimes, this effort is surprisingly successful. Her first single, “Shake it Out,” is a more resolved, stronger version of the feel-good anthem “Dog Days are Over.” The song seems much more sure of itself — instead of the delicate, atmospheric harp in “Dog Days,” Florence concentrates on the percussion and highlights her soaring voice. You can almost see Welch dancing barefoot on stage as she sings: “It’s hard to dance with the devil on your back / so shake it off.”

Other notable tracks include “No Light, No Light,” in which Welch drops the memorable line, “You are the silence in between / What I thought and what I said,” and “Only if for a Night,” which has a haunting melody similar to that in “Howl.”

As a whole, though, Ceremonials falls flat. There is no follow-through on the angry, punk-influenced tracks scattered throughout Lungs in songs like “Kiss with a Fist.” The blues influence from tracks like “Girl with one Eye,” is also absent from Ceremonials. The songs that replace these sounds seem forced. These tracks try to create breaks between the many over-the-top, gospel songs with others that take a gothic direction. Welch sings about real devils, witches, and ghosts in a soft, spooky voice, rather than belt out lines about her personal demons. The subdued witch-pop song “What the Water Gave Me” comes a little too close to sounding like “Bat For Lashes,” while “Seven Devils” takes “spooky” a little too literally: The accompanying piano repeats a melody that sounds like it’s straight out of a Hitchcock film.

Hopefully this record is merely an impressive sophomore slump in Welch’s career. Until the next album, though, blast “Shake it Out” and let Florence + The Machine shake all the devils off your back for a dance-like-no-one-is-watching five minutes. And don’t forget to take off your shoes.