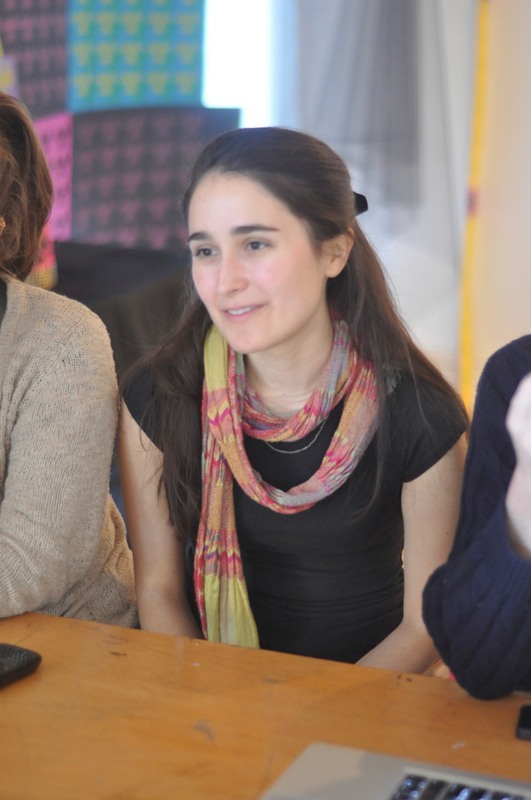 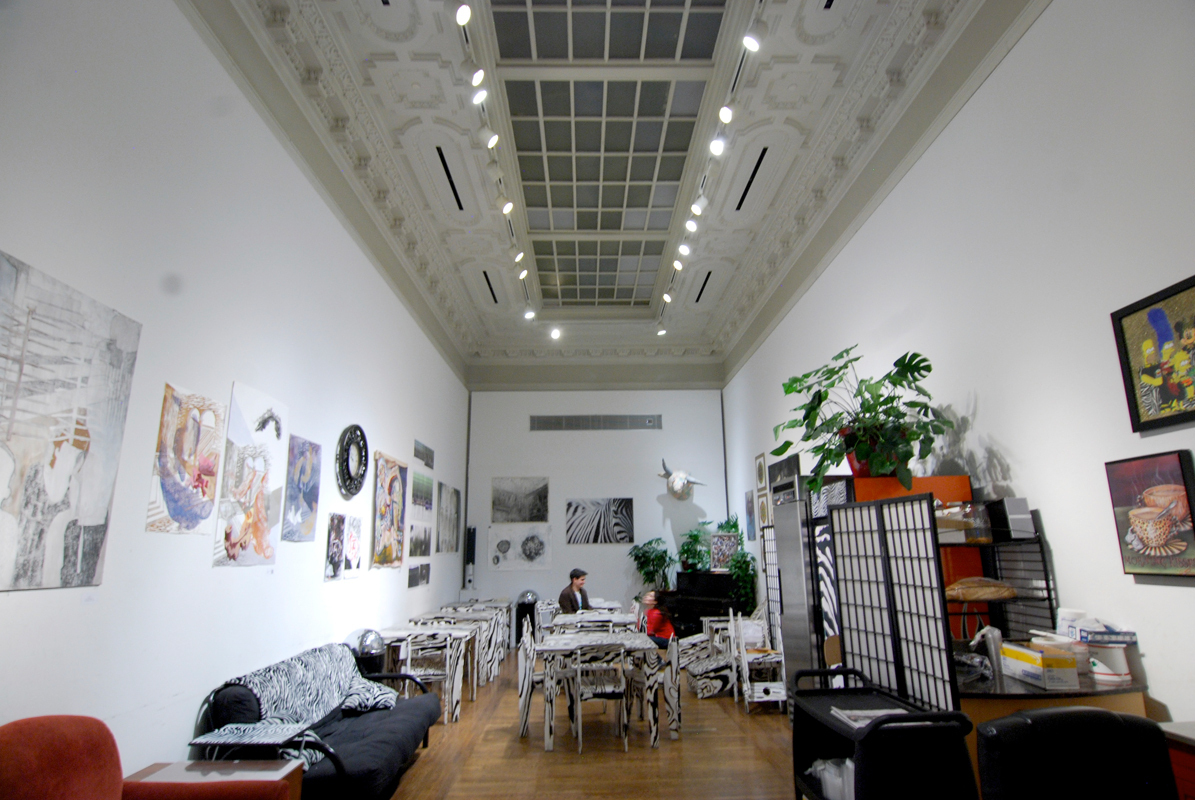 ArtHang currently has an exhibit of student artwork in the Zebra Lounge. (credit: Courtesy of ArtHang)

Students walking through the fifth floor of the Gates Hillman Complex or hanging out in the Zebra Lounge might have noticed a few new colorful additions to their walls. Student art is now being displayed prominently in both spaces, thanks to the efforts of a few sophomore art students and their new initiative, called ArtHang.

ArtHang began last semester, when “a group of us in the sophomore class in the art school felt discontented about how much student work we were seeing around campus, and we really wanted to see more,” Caroline Record, a sophomore art major, said. “We thought it would be a valuable thing for the artists and also for the community.”

While there is already student art on display at The Frame (a student-run art gallery on the corner of Forbes and Margaret Morrison), sophomore art major Claire Gustavson explained, “What we were interested in was bringing art to the places where students already were on campus and ... integrating art into the public spaces.... The Frame is definitely a great resource, but we think that ArtHang is performing a separate function.”

Even though the project was first conceived last semester, the students did not initiate their plan of hanging art around campus until this semester. Currently, ArtHang has an exhibit in Zebra Lounge called Zebra: Twelve, and, in a different exhibit, is using a projector at the top of the Helix in the Gates Center to display nine different video works. “Gates is a great venue for exploring ArtHang projection and media because it’s in a place where there’s primarily not art majors, so then you’ve got the [computer science] majors that are viewing the art that might not otherwise see any art projects,” Michael Bennett, a sophomore art major, said.

Despite how new the project is, plenty of people have already become involved — about 15 students have participated in ArtHang through administrative, curatorial, and installation work. Although they each had some minor experience with installation before beginning ArtHang, “for the most part, this is definitely our biggest [installation] project,” Bennett said. “We want to teach ourselves and teach the people coming [to participate] how to properly install works, so we want it to be an educational thing, as well,” Record added.

ArtHang has also been getting plenty of submissions — so far, the project has received over 58 artworks for the Zebra Lounge show alone. Although most of the submissions have been from art students, the organization hopes to display more works by non-art majors. The projector in Gates in particular could “be a way in for non-art students who make different kinds of video work,” Record said. “We’re collaborating with Film Club to get some of their shorter silent works that they do.”

ArtHang already has plenty of plans for the future, the first of which is “trying to become a student organization,” Bennett said. Aside from this more administrative goal, the students hope to expand the number of spaces around campus where they can exhibit work. “We’re starting with things like eating spaces and dorm spaces and then as we get more credibility, more experience, [we’ll be] trying to push into places more like the UC and some academic buildings, where it is harder to get permission,” Gustavson said. Once they are more established, the group hopes to do an art show exclusively for non-art majors on campus, and eventually organize an art show off-campus for Carnegie Mellon art majors.

“We have so many dreams and so many plans,” Record said.