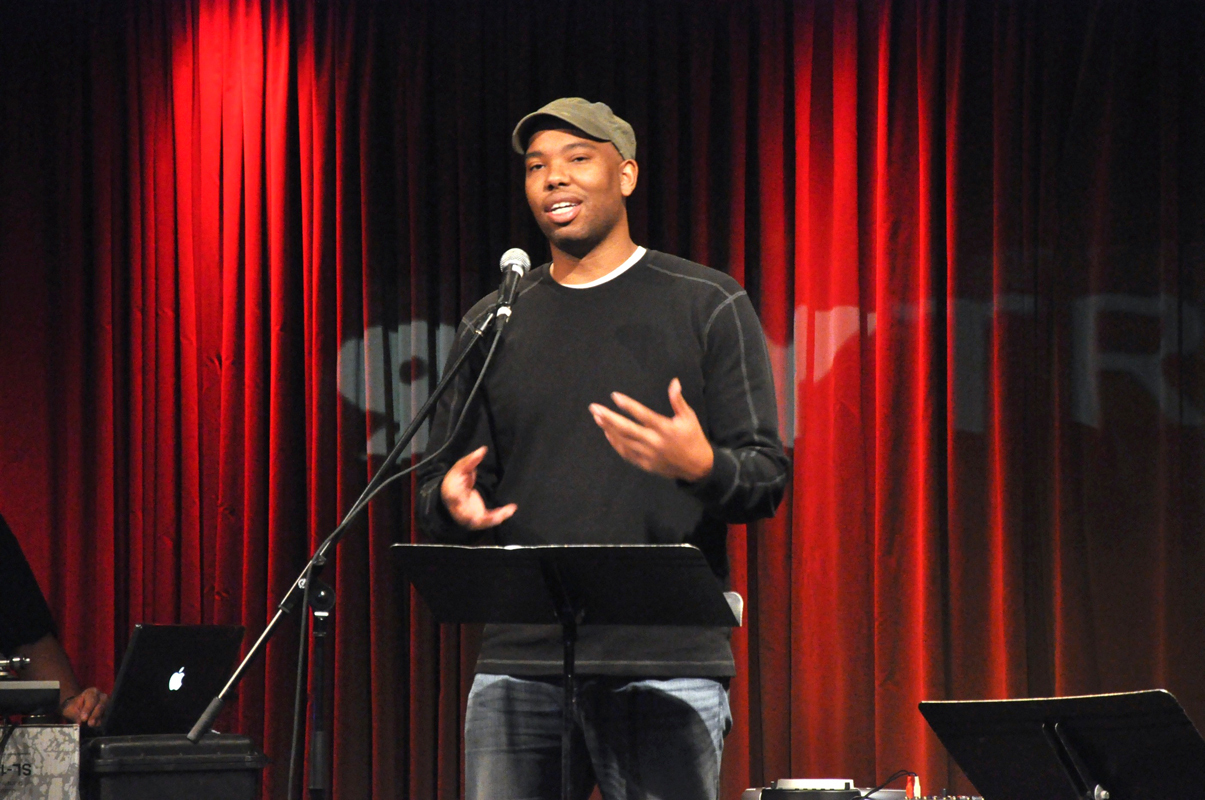 Coates speaks at 92YTribeca in New York City to celebrate the release of The Anthology of Rap. Coates was at Carnegie Mellon to talk about his work and to emphasize the importance of studying poetry as a means to improve all writing. (credit: Courtesy of 92YTribeca on Flickr)

Ta-Nehisi Coates, a senior editor for The Atlantic, spoke at Carnegie Mellon last Wednesday about the importance of poetry in writing.

Coates spoke as part of the English department’s Adamson Awards Speakers series. The Adamson series draws speakers from many areas of writing; Coates is this year’s non-fiction speaker.

English professor Yona Harvey, who said she has known Coates since he was 19, delivered the introduction to the lecture.

“I think he really captures what Carnegie Mellon tries to promote, which is this idea of being interdisciplinary and multitasking,” Harvey said. “He’s a senior editor at The Atlantic, which is this huge and important magazine, but he also blogs for The Atlantic; he uses Twitter in a really smart way; he’s written a traditional memoir; he’s working on a novel.”

“It’s interesting that he’s so versatile,” she said. “It just seems like he can do anything.”

At the lecture, Coates performed four readings from his novel, which tells the story of an interracial family in pre-Civil War Virginia through the viewpoints of four members of the family: two white members and two black members, two of whom are men and two of whom are women.

Coates referred to the four narrators as four “voices” and said that he worked — and continues to work — to make them authentic but distinctive. As part of his research, Coates read extensively from primary sources of the era, but he said that he did not stick religiously to the language that he found in them. For example, he mixed occasional modern words into the pre-Civil War speech of his characters.

“I’m very firm in the idea that history is dead,” Coates said. “It’s over, it’s happened, there’s no time machine to go back, so really all that’s left is your imagination. So I want to be grounded in this stuff, but I don’t want to be stuck there. This is not what slavery was like in Virginia. It shows that a page is not a person.”

According to Harvey, Coates is “a poet at heart.” Coates said that he believes that all writers should study poetry.

“The whole notion among poets that sentences should be brought under heavy pressure, every word should count, language should be rich, is something that really doesn’t exist in journalism. But I really think it should.” He used Twitter as an example: Every once in a while, Coates said, because of the restrictive character limit, someone comes up with a truly beautiful tweet.

Many of the students who came to the lecture heard about Coates through his memoir, The Beautiful Struggle.

“He’s had a really interesting life,” said Magdalen Silberman, a junior creative writing major who read some of Coates’ memoir for a class. “It made me want to go look at his blog for sure.” Silberman said that it was fascinating to hear parts of a novel in progress.

Coates, for his part, said that although he rarely gives lectures, this one was a success. “It was useful to talk to students,” he said about his unfinished novel.