The Cutoff Man: Walk the walk, don’t just talk the talk - back up your words 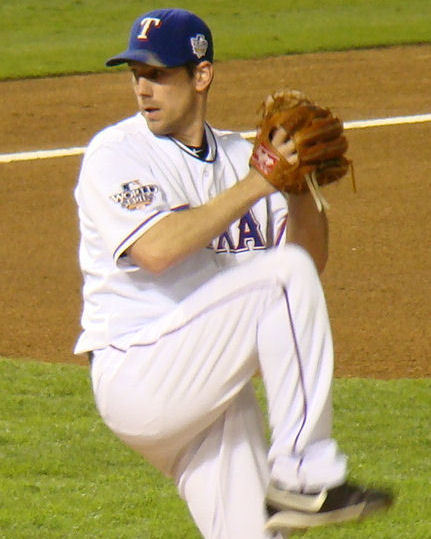 Lance Berkman said the Rangers needed Cliff Lee in order to contend in 2011.

Whether a person is liked or disliked will often come down to the words that come out of his or her mouth. Ballplayers can usually get away with mouthing off as long as they can back it up on the field. Executives, agents, and the like have a little tougher time with that; they have to hope that the players they represent will back up their words for them.

Last week, both executives and players kept their mouths running just long enough to let both their feet fit comfortably inside.

Strangely, the player whose words proved most controversial last week was newly minted Cardinal Lance Berkman. Berkman, widely viewed as one of baseball’s true good guys, managed to make at least one enemy whewn he publicly doubted the Texas Rangers’ chances in 2011.

“I felt like if they didn’t re-sign Cliff Lee that they were going to be an average team,” Berkman said in a radio interview, “and I feel that’s probably what’s going to end up happening.” Berkman, who was part of a 2010 Yankees team that got mowed down by then-Ranger Lee, was giving his reasons for opting not to sign with Texas this year. “It’s all about your pitching,” he added. “I feel like last year was one of those special years where you kind of catch lightning in a bottle and they got hot and they had some guys that I felt like were pitching better than their talent level, and consequently, they had a great year.”

One of those guys who didn’t so much outpitch his talent level as he did expectations was C.J. Wilson, who publicly took issue with Berkman’s comments — and rightfully so. Berkman’s foot was already feeling snug inside his mouth when he said of his new team, “If there’s a better team in the National League, I don’t know who they are. On paper, you can talk about the Phillies, and obviously they have a great pitching staff.”

Obviously, indeed; after all, the Phillies were the team who signed Lee, and if it is indeed all about pitching as Berkman said, the Phillies are rolling in it.

Considering that Lee, the alleged make-or-break for Texas’ chances as a contender, joined a rotation that included Roy Halladay and Roy Oswalt, no team in either league seemingly stands a chance against the Phillies — even the Cardinals.

Perhaps Berkman was just being honest, but honest or not, he did not sound knowledgeable. It now remains up to him and his team to back up his words — and if the Cardinals do prove to be the best in the NL, a potential showdown with Texas in the World Series would certainly settle the score.

Joining in the verbal throwdown was the Yankees’ President Randy Levine, whose comments coincidentally were also directed at the Rangers and related to Lee. Levine was responding to new Rangers owner Chuck Greenberg’s comments that the Rangers’ pursuit of Lee had deterred the pitcher from signing with the Yanks. In an article on ESPN.com, Levine first criticized Greenberg for believing “he’s mastered what everyone else is thinking” — which was acceptable and justified. It was what Levine continued on to say that should’ve been more of a keep-it-to-yourselfer. “I’ll be impressed when he demonstrates he can keep the Rangers off welfare,” Levine said in the article. “What I mean is make them not be a revenue-sharing recipient for three years in a row, without taking financing from baseball or advance money from television networks — then I’ll be impressed.”

Regardless of the Rangers’ money situation, the point of owning a baseball team is not how it manages its finances — just ask Pirates fans.
The point is to maintain success on the field for years to come, and the real test of Greenberg’s ability to run his organization will be how the Rangers play in 2011 and beyond. The Yankees, who lost to Texas in the 2010 postseason, have much more to prove: They have to show that, with their plethora of monetary resources, they can actually keep making the postseason again and putting a good — not just talented and expensive — group of teammates on the baseball field. It was the late George Steinbrenner who made the Yankees infamous with his marathon mouth; most of the time, his team backed him up. It’s up to George’s successors to back up their own words now.

The Spring Training countdown is now at 14 days. Until then, players and executives alike are well-advised to stay silent and wait until their bats, gloves, and arms can do the talking for them.