How Things Work: Oil rigs aid in harvesting energy from beneath the Earth 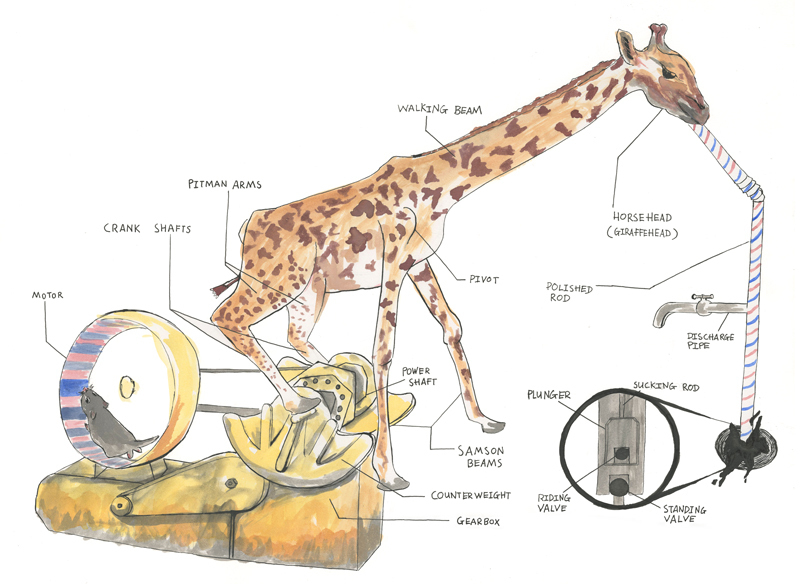 One undeniable fact: Our world consumes around 85 million barrels of oil a day. Most of our power comes from energy that is generated using oil — cars and airplanes need fuel, while electronics need electricity that is usually generated from oil sources. According to the U.S. Energy Information Administration, in 2009 the United States used 18,771,000 barrels of petroleum per day.

Petroleum, or crude oil, exists beneath the Earth’s surface. It is composed of the decayed remains of microscopic creatures that lived millions of years ago. Crude oil is a liquid mixture of hydrocarbons, which are chemical compounds that consist of hydrogen and carbon in varying amounts. By drilling through the earth, this petroleum can be extracted and refined for further use. As of Jan. 28, 2011, there were 1,732 oil rigs in the United States.

The first step of getting energy from oil is finding a plentiful source. Geologists use a variety of equipment to locate oil reserves. According to www.howstuffworks.com, they may sample surface rocks and use satellite images to find evidence of oil reserves. In addition, flowing oil produces a magnetic field that can also be measured. The smell of hydrocarbons can also be detected using sensitive detectors.

Mud — in terms of oil drilling — is a mixture of water, clay, and other chemicals. It is circulated through the pipe that contains the drill bit and drill string in order to clear out the rock that has been cut away. The entire circulatory system of the oil rig uses pumps to clear the rock from the pipe, and then sieves to clear the rock from the mud so the mud may be reused. At certain depths, cement is used to reinforce the newly dug well so that it does not collapse.

To begin extracting oil from the ground, acid may be used to dissolve the earth around the oil deposit, causing it to flow into the well. Other safety equipment is used to prevent a dangerous blowout, which may be a familiar scene from movies that show oil gushing from the ground. Next, the digging assembly must be removed before oil can be pumped from the ground. The pump used — like the drill — is powered by an electric motor that moves a polishing rod up and down in the well. This creates a suction that draws oil up from the reservoir. Steam may also be used to create pressure underneath the oil that will help push it upward.

Offshore drilling requires different drilling equipment to remove oil. Mobile offshore drilling units (MODUs) are deployed after an oil deposit is located. The are four major types of MODUs: submersible MODUs, jackups, drill ships, and semi-submersibles. Submersible MODUs are barges that are designed to rest on the surface of the ocean floor while supporting a drilling rig with posts. Jackups are also barges with drilling rigs, except these barges float on the water and extend legs downward to the sea floor. Once the legs contact the sea floor, the jackup is raised so the drilling rig is safe in rough waters.

Drill ships are used in deeper waters and are ships that contain drilling rigs in the hull. They are kept stationary with the help of anchors. Semi-submersibles are gigantic air-filled structures that float on the water.

While there are many options to extract oil from the earth, constant drilling will one day deplete the Earth’s reserves. However, our dependence on this black gold will continue indefinitely.