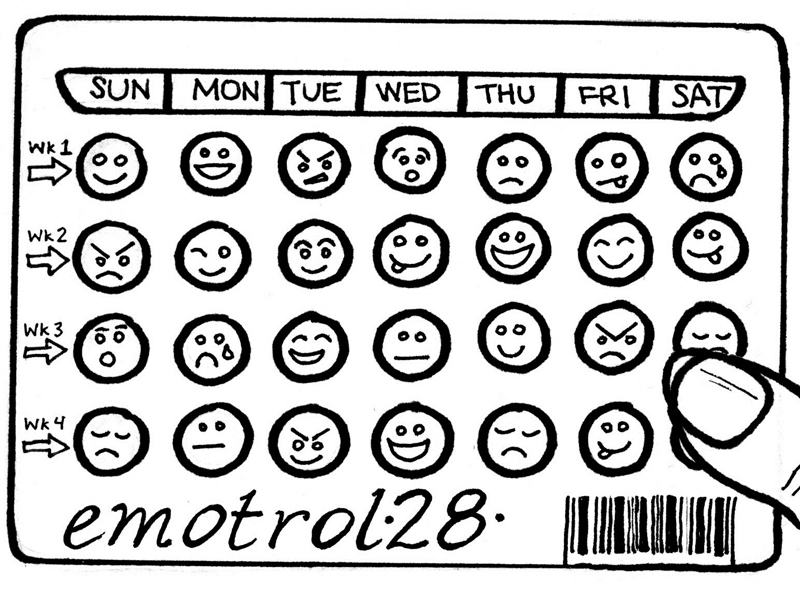 The female reproductive system is controlled by a set of tightly regulated hormones. Birth control pills essentially work by disrupting this intricate balance of hormones in the body. The two hormones found in birth control pills are estrogen and progestin. Estrogen is normally produced in females, as is progesterone, which is a less concentrated natural form of progestin. As explained on WebMD.com, estrogen normally helps in the release of eggs from the ovary in females. This allows the egg to travel further through the reproductive tract, where it may eventually intercept a sperm.

The body also has a system of keeping the estrogen secretion in check. Estrogen secretion is regulated by what is called a negative feedback loop. Large amounts of estrogen have a negative effect on its secretion and eventually cause the body to stop secreting estrogen. Progesterone is secreted later in the reproductive cycle and prepares the uterus for pregnancy. One of its major functions is to cause the thickening of the uterine lining, thus allowing the embryo to be implanted in the uterus wall for pregnancy. Like estrogen, progesterone is also regulated by a negative feedback loop and prevents its own secretion after a while.

Mini pills are therefore recommended for those with pre-existing conditions like high blood pressure or those with a history of being susceptible to blood clots. However, since these pills contain only progestin, periodic release of eggs happens normally. Thus, when using mini pills there is a higher chance of unwanted pregnancies.

Both types of pills, however, carry the risks of causing headaches, cysts in the ovary, irregular menstrual patterns, and mood swings. The pills also do not protect against sexually transmitted diseases, and other forms of protection have to be used in order to prevent the spread of such diseases.