Track and field team starts off on right foot 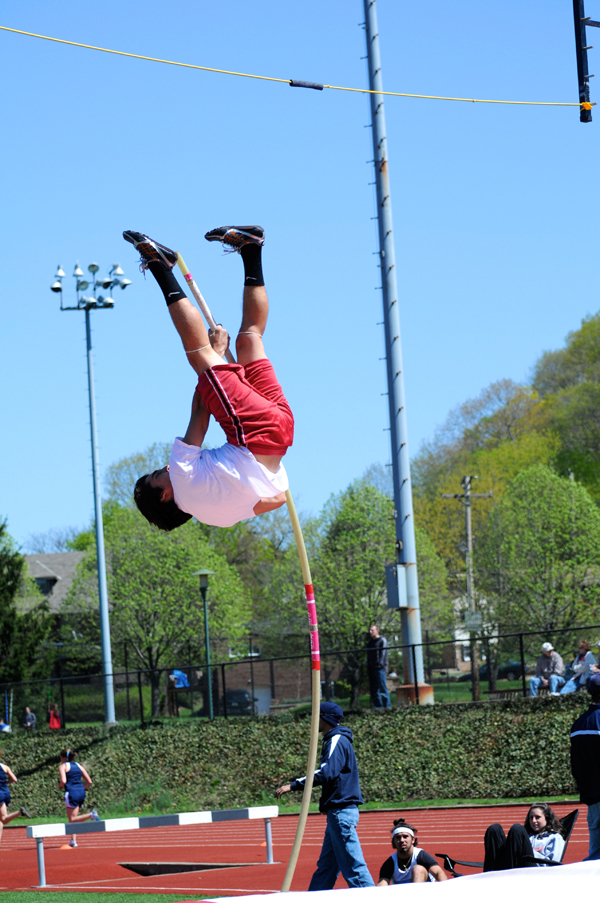 The men's team won events across the board in last Saturday's meet. (credit: File Photo)

The Carnegie Mellon track and field team kicked off its indoor season with a tri-meet, traveling to Denison College. There, the team faced the host Big Red as well as Washington & Jefferson College. The men took home nine wins, while the women grabbed seven of their own.

On the track, the women’s team showed its strengths in the distance events. Senior Courtney Baker won both the 800-meter run and the mile with times of 2:25.26 and 5:25.88, respectively. In the 800, first-year Maritina Tsembelis finished just behind Baker, placing second with a time of 2:25.47. Sophomore Emily Wobb placed first in the 3,000-meter run with a time of 10:49.15.

For the sprint events, first-year Jacqueline Guevel made her mark by setting a new school record in the 55-meter hurdles with a time of 8.72 seconds, finishing second in the event. Guevel also took second in the 200-meter dash, finishing in 28.12. Another win was added to the Tartan repertoire when junior Luci Laffitte, senior Danielle Fisher, Guevel, and Baker joined forces to win the 4x400-meter relay.

On the field, notable performances were given by senior Melissa Hwang, first-year Marissa Bynoe, and junior Morgan Heskett.

Hwang won the long jump, clearing 4.90 meters, while Bynoe won the triple jump with a distance of 10.16 meters. Heskett scored the final win for the women by winning the shot put with a throw of 6.19 meters.

The men’s team displayed its depth of talent by winning events across the board in sprints and distance and on the field. Sophomores Essien Ohues and Dan Cardenas-Rivero took first in the high jump and the pole vault, respectively, clearing distances of 1.90 and 3.95 meters. Meanwhile, in the sprint events, sophomore Noel Titus won the 55-meter dash with a time of 6.85 seconds.

First-year Timothy Kikta made his debut by winning the 200-meter dash in 24.01. Dustin Musselman brought home another first-place finish for the Tartans in the 400-yard dash in 52.31.

Look out for the Tartans on Saturday as they travel to compete against Case Western Reserve University.