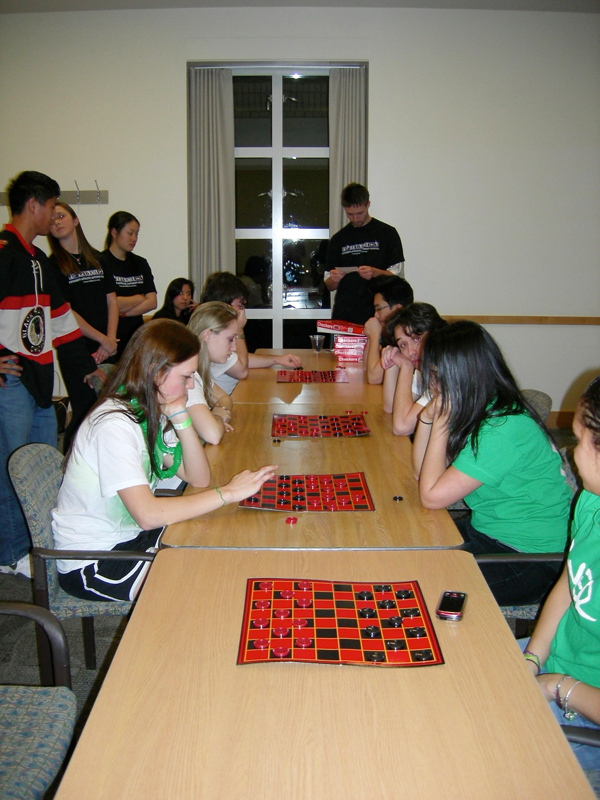 Rubik’s cube? Potato sack race? Word search? Golf? All in one event? It could only be the Tartan Olympics.

Over 15 teams duked it out Jan. 15 in Wiegand Gym at the Tartan Olympics to see who had the most Tartan talent. Competing in events such as a pizza-eating contest, an egg drop contest, karaoke, checkers, and a trivia contest to name all 150 Pokemon, students of all types were brought together to showcase their Tartan pride.

The event was hosted by the Carnegie Mellon Student Athlete Advisory Council in an effort to form a bridge between students and the athletic department, as well as to have a good time in the spirit of friendly competition.

Some of the teams included sororities and fraternities, as well as different student organizations and the athletic staff. Some particular highlights included the Kappa Kappa Gamma performance of Mandy Moore’s “Candy” in the karaoke competition, Fifth Floor Stever’s determination to put away an entire pizza in seven minutes to win the eating contest, and a domination by 3ver, a team comprised of first-years, in the opening relay race; the team broke the existing record by over 50 seconds.

When asked what his favorite part of the competition was, first-year student and 3ver team member Max Wilson replied, “Dodgeball. Definitely dodgeball.”

At the end of the night the scores were close, and the winners were announced in the closing ceremonies at halftime of the women’s basketball game on Jan. 16. Coming in first place was the Bomb Squad, who won the dodgeball event; second was Fifth Floor Stever, who posted large points in the relay race as well as the eating contest; and third place was 3ver, who won big in the trivia challenge and opening relay race.

At the end of the night, first-year KJ Lee remarked, “I really felt like we came together as a team. It was a great bonding experience as well as a great way to meet new people. I had a lot fun.”