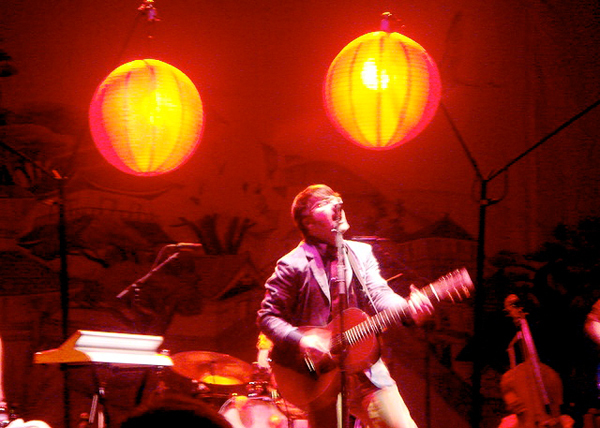 The Decemberists depart from the band’s usual sound on their newest album, instead drawing inspiration from Americana influences. (credit: Courtesy of Matthew Hickey)

To be blunt, The Decemberists are pretty predictable. Ever since they released their debut album, Castaways and Cutouts, in 2002, they’ve been coming out with new albums every couple of years. They still have the same charming, part indie rock, part folk sound they started with a decade ago. They still have a thing for concept albums, as well as quirky, obscure allusions to history and literature that music nerds pride themselves on figuring out. Even Carnegie Mellon has had its own experience with the predictability of The Decemberists. On multiple occasions, the Activities Board has put a bid out for the band, only to be stalled on the bid before finally being turned down.

Anticipating The Decemberists’ next move has become second nature to fans and critics alike, but let’s get one thing straight: Predictability is not the same as boring, and if there is one thing this quintet is not, it’s boring. This becomes more apparent with the group’s recent release, The King Is Dead. To say that the album is a complete departure from The Decemberists’ previous work would be inaccurate. Instead, the band merely took a slight detour for some fresh perspective. For one, the album is much simpler. The King Is Dead isn’t even a concept album. There is no intricate narrative, no complex twists and turns, no epic adventures. Instead of the usual English-folk background, the band turns to American country roots. The album was even recorded in a barn. What results is refreshing and addicting.

To help in the band’s dabble in Americana, frontman Colin Meloy recruited a few acclaimed musicians in the field to appear on the album, including Gillian Welch, who lends her voice to seven tracks. Another pleasant surprise was Peter Buck of R.E.M. fame, who adds his unmistakable 12-string guitar sounds to the single “Down By The Water” and “Calamity Song,” as well as the mandolin to the first track, “Don’t Carry It All.”

The rest of the songs in the album display a variety of inspirations. “All Arise!” begins with a country fiddle in a way that is extraordinarily similar to the way stereotypical barn dances in movies start. With a little Irish twang, “Rox In The Box” might be the track on the album most reminiscent of Decemberists’ older sounds, but even this seems like a stretch. The album ends with “Dear Avery,” a somber ballad lamenting the inability of a parent to protect a young boy who is growing up from experiencing the harms of the world.

For once, The Decemberists proved that they can not only embrace change, but also excel at it. The sound is still unmistakably Decemberists — the music is still charming, and Meloy’s voice is still able to inspire heartache — but now it’s infused with a looser, more rustic feel. The sound is new and more exciting, like that feeling when you make a new friend on the first day of school with whom you can’t wait to spend more time. The Decemberists can no longer be accused of being predictable. Instead, listeners wait with bated breath to see what next epic adventure The Decemberists will bring.