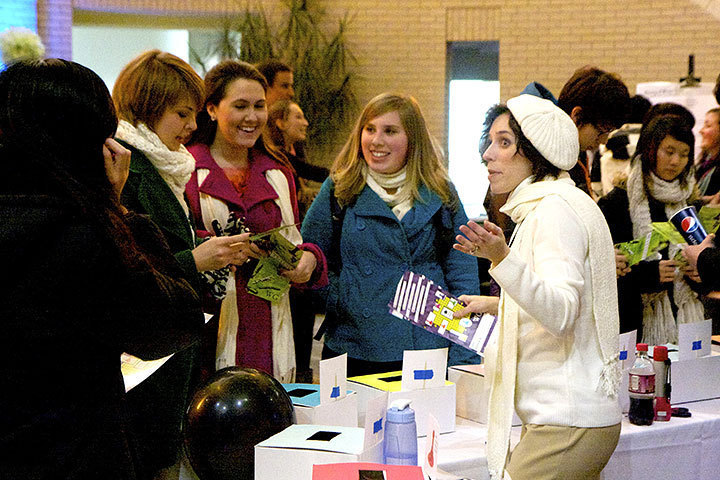 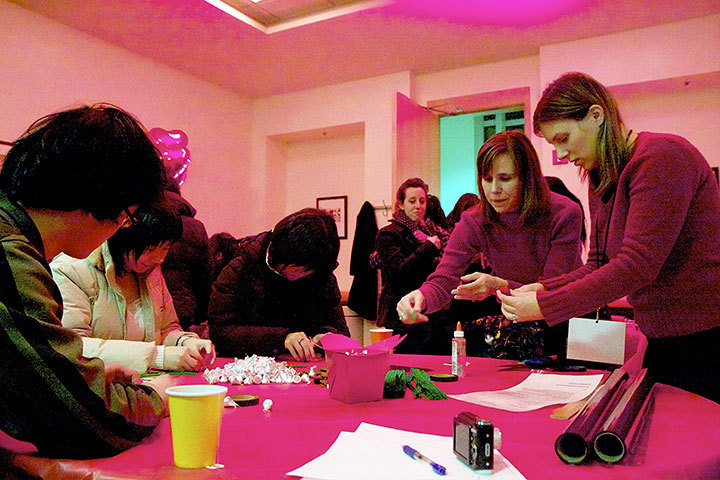 Students try their luck at the casino set up in Rangos Hall during the Winter Gala (credit: Jonathan Carreon/Photo Staff) 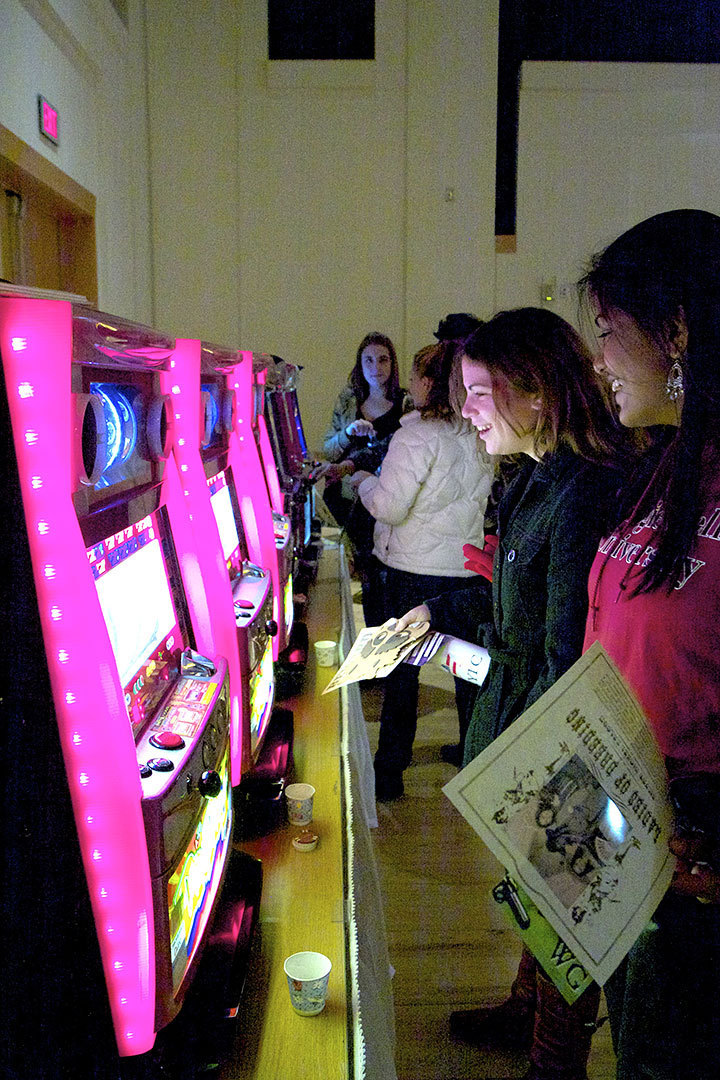 Students try their luck at the casino set up in Rangos Hall during the Winter Gala (credit: Jonathan Carreon/Photo Staff)

How often is it possible to enter a realm of mystery, to visit Wonderland and have a tea party, to investigate a homicide, or to have a party with aliens? Probably not very often, but at this year’s Winter Gala all these things, and more, became a reality.

Every year for the past nine years, the Office of Student Activities has set up the Winter Gala with the help of other campus offices as an event to welcome students back to school for the spring semester. According to Taylor Grabowsky, a coordinator of Student Activities and the mastermind behind this event, this year’s mystery theme is a “dark and brooding” contrast to the “bright and fun” themes of past galas.

This year’s gala featured seven themed rooms with an overall theme of mystery. Kirr Commons in the University Center became Tudor Manor for an evening based on the board game Clue, with all the members of the Student Activities staff dressed as characters from the game. Upon entering the gala, students were given a ticket fashioned as a board game and at each room received a sticker on their ticket. Once all the stickers were collected, the tickets were entered into the grand prize drawing for an Xbox 360 and a $50 Best Buy gift card. Each of the different rooms had its own drawings for other prizes, including games, DVDs, gift cards, and many other appealing items.

The variety of creative themes established a whole world of mystery. Each room had its own special attributes that channeled the theme of mystery in different ways. One theme was “Wonderland,” based on two of the best-known characters from the story, the Red Queen and the Mad Hatter. The Queen’s side had a Valentine’s Day feel, while the Mad Hatter’s side was boisterous, colorful, and fun. Another room’s theme was “Area 51,” which had a club atmosphere with an eerie alien vibe. The theme “221 Baker Street” was dedicated to the legendary detective Sherlock Holmes, and participants were asked to solve a mystery. The room for the “Legends and Monsters” theme had activities for the participants such as making monster masks, creating a monster legend, getting tarot card readings, as well as an open mic to voice their talent (or just sing for fun) on stage.

“Halloween Town” was a theme based on the movie The Nightmare Before Christmas. There was free hair styling, pictures with Jack Skellington, and, of course, plenty of candy. The room themed “Night at the Museum” gave participants the chance to dress up as historical characters, build a dinosaur or sphinx, or turn their friend into a mummy. Finally, the “Department of Mysteries” theme was a thrill for Harry Potter fans. This room featured a sorting hat, floating dementors, butterbeer on tap, and other interesting elements that brought this theme to life. In addition to these themed rooms, Rangos Hall was set up as a casino where students could get chips and tokens to try their luck and win raffle tickets for the many prize drawings.

There was a large turnout for this spectacular event, and it was a great chance for students to relax and have fun. “I wasn’t expecting much when I got there, but once I got there, I got wrapped up in the whole mood of it all and the themes of the different rooms,” said sophomore Tepper School of Business student Alysia Finger. “Even though I didn’t win anything, I still had a really great time.” Assuredly, there will be many people looking forward to attending next year’s Winter Gala.