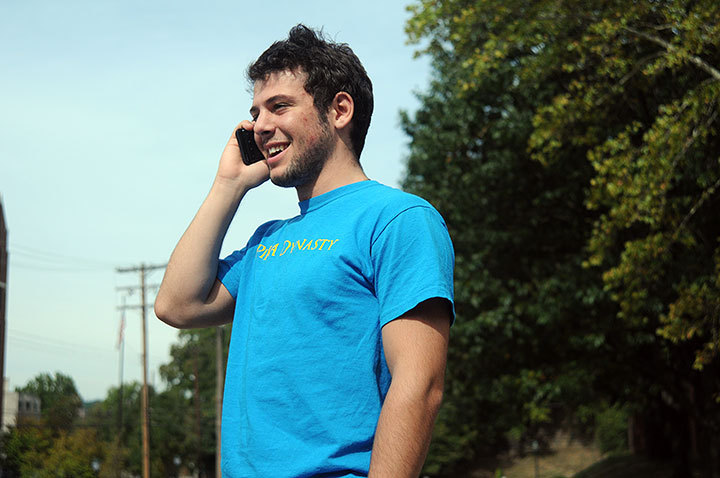 To many people, a life without cell phones is unfathomable. Cell phones have become more than just a means of verbal communication; they have become personal phone books, calculators, clocks, calendars, and even a way to access the Internet. With all of these applications, it’s no wonder that the technology involved is unique in today’s modern world.

Cell phones work using a combination of fairly old technologies: radio waves and the traditional telephone. It works in a similar fashion to a walkie-talkie, but it is, according to www.howstuffworks.com, a full-duplex device, meaning that the phone can use one frequency for listening and a separate frequency for talking.

The origin behind the name is the cell service carrier’s strategy of dividing up an area into hexagonal “cells,” allowing many people within a certain area, like a city, to communicate at once. Cells are usually roughly 10 square miles, and each carrier receives about 832 different frequencies to divide among the cells they use. The range of frequencies a certain cell is designated is determined by a radio tower located somewhere within the cell, as reported by www.brighthub.com. Signals on cell phones are received from, and sent to, the base station. As users move from one cell to another, the base stations “hand off” the signal and allow for the same frequencies to be reused.

In order for the multiple transmitters — or cell phones — to be shared over the same frequency range, a method known as Frequency Division Multiple Access (FDMA) is used. The base station designates a section of its available wavelengths to a specific cell phone, and it does not receive any interference from calls on other frequencies. Another method, Time Division Multiple Access (TDMA), is used in conjunction with FDMA. In TDMA, each user is given a certain amount of time on a specific frequency that lasts as long as the user remains on the phone. Both FDMA and TDMA are often used in conjunction by major providers, like AT&T, with each phone receiving a certain wavelength range and time slot.

Other carriers use Code Division Multiple Access (CDMA). In this method, multiple users are placed on the same frequency, but each phone is given a unique code that others phones cannot decipher. This way, each phone’s signal can be spread over the entire frequency range. Eight to 10 CDMA calls can be carried in the same channel as one FDMA or TDMA call.

Original cell phones operated on an analog cell phone standard called Advanced Mobile Phone System (AMPS). AMPS phones operate in the 800 megahertz frequency range and typically have channels about 30 kilohertz wide, with each channel separated by a frequency of 45 megahertz to prevent interference.

Improving on this system are Generation 2 (2G) phones. They operate on the same frequency range as AMPS providers, but they convert phone signals to a binary code of 1s and 0s and are able to compress these signals. These digital phones convert the signal using frequency-shift keying, where two frequencies for 1s and 0s alternate rapidly and send a signal to the base station. These 2G phones can manage three to 10 times more signals than AMPS phones in a single cell.

Generation 3 (3G) phones were soon to follow. These kinds of cell phones have increased bandwidth and transfer rates in order to accommodate audio and video files, which allow for the texting and photo transfers so common in today’s cell phones. Additionally, these cell phones have a transfer speed of up to 3 megabytes per second, making them ideal for downloading material off the Internet.