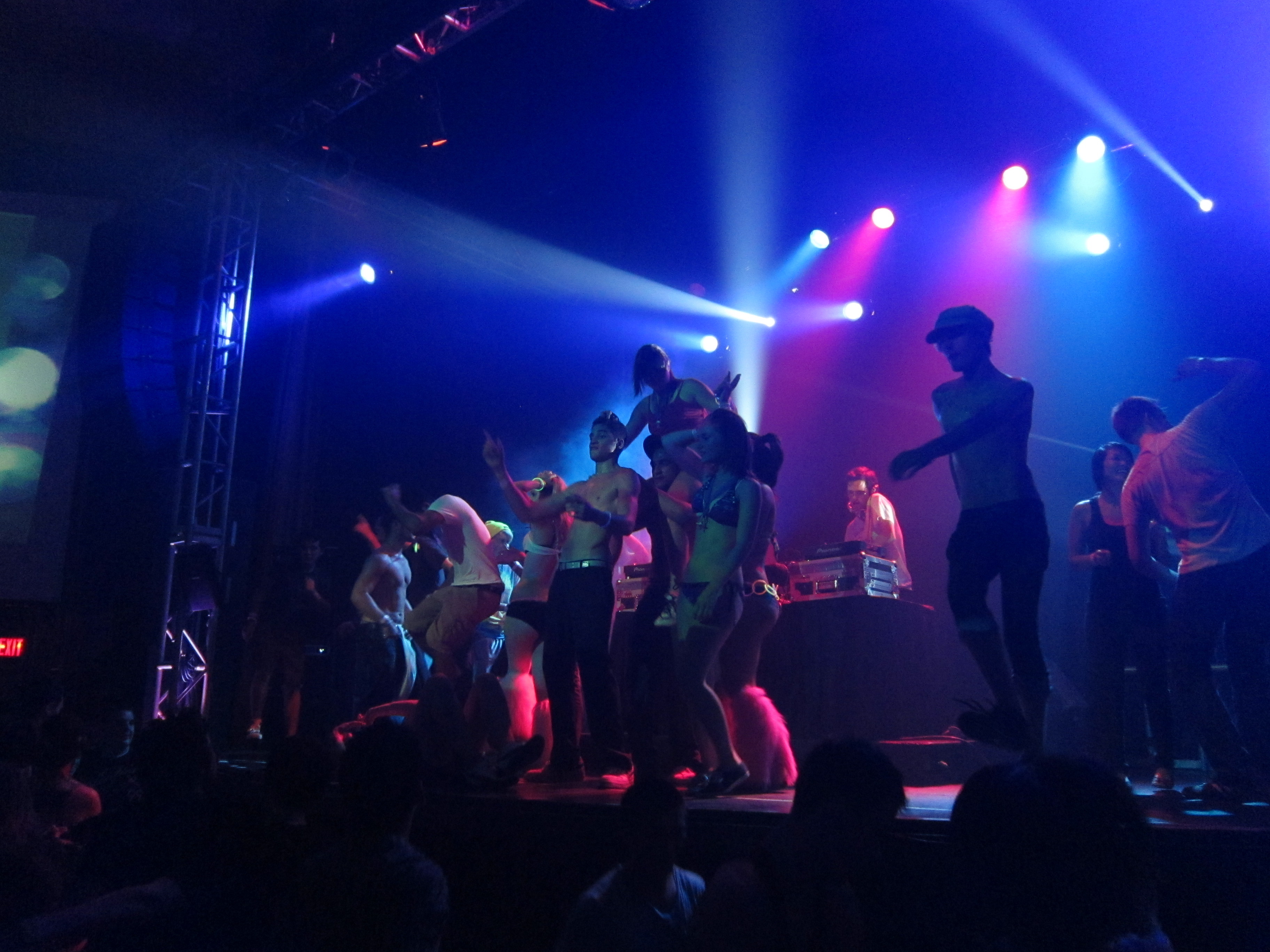 Ridiculous dance moves, an over-abundance of glow sticks, and scantily clad girls with hula hoops: These are all clear indicators that you are at an electronic music concert, and they were all in great supply at Designer Drugs’ show last Thursday at Rex Theater. Although the concert started off slowly, it soon transformed into an evening of fast-paced bass lines and energetic dancing.

At first, the concert did not appear promising — the show started at 9 p.m., but by 9:30 p.m. there were only about 30 people in the club. The opening DJ was Pittsburgh local Eryn Evans, who, despite her best efforts, could not inspire the small crowd to dance. Although some of her songs selections were catchy, her set was jumbled, with awkward transitions between songs, and she seemed incapable of staying on one song for more than 32 measures, resulting in an ADD music set that failed to mobilize the audience.

By the time the second DJ, Jesse Jamz, took the stage, the crowd had swelled to about 70 people, and he quickly got them all dancing with his high-energy set. He smoothly transitioned from one song to the next, mixing everything from electro to minimal without missing a beat. His was the sort of set where, once you started dancing, you never wanted to stop, no matter how exhausted or sweat-drenched you became.

Despite the frenzied dancing, the audience was still buzzing with energy by the time Jesse Jamz ended his set and Lauren G & Nikkels, a local DJ duo, took over. They took turns mixing songs, with one at the mixer while the other danced in the background.
There were a few awkward moments in their set; every once in a while, they would deviate from the thumping dance beats to throw in some musical effects. While musically interesting, these moments mostly just resulted in audience members awkwardly pausing their dancing and waiting for the dance beats to resume. The DJs also occasionally produced sounds that were more distressing than danceable; at one point, they produced a bass so heavy and low that you could feel your eardrums shaking in your ear and the hairs on your arm stand on end. For the most part, though, their music continued to build upon the fun, high-energy atmosphere that Jesse Jamz had established.

Designer Drugs didn’t take the stage until about midnight, but when they did, the audience quickly pressed towards the stage, re-energized by the appearance of the DJ duo, composed of Michael Vincent Patrick and Theodore Paul Nelson. They kept up with the theme of high-energy dance music, adding some dubstep to the evening; a particular favorite was a dubstep remix of Imogen Heap’s often-sampled “Hide and Seek,” complete with a hot and heavy bass line.

Unfortunately, Designer Drugs’ equipment lost power a little after 12:30 a.m. Despite the headliner’s abbreviated performance, the evening still proved to be a resoundingly and ridiculously fun success — one that left everyone drenched with sweat and pumped full of electro-fueled endorphins.