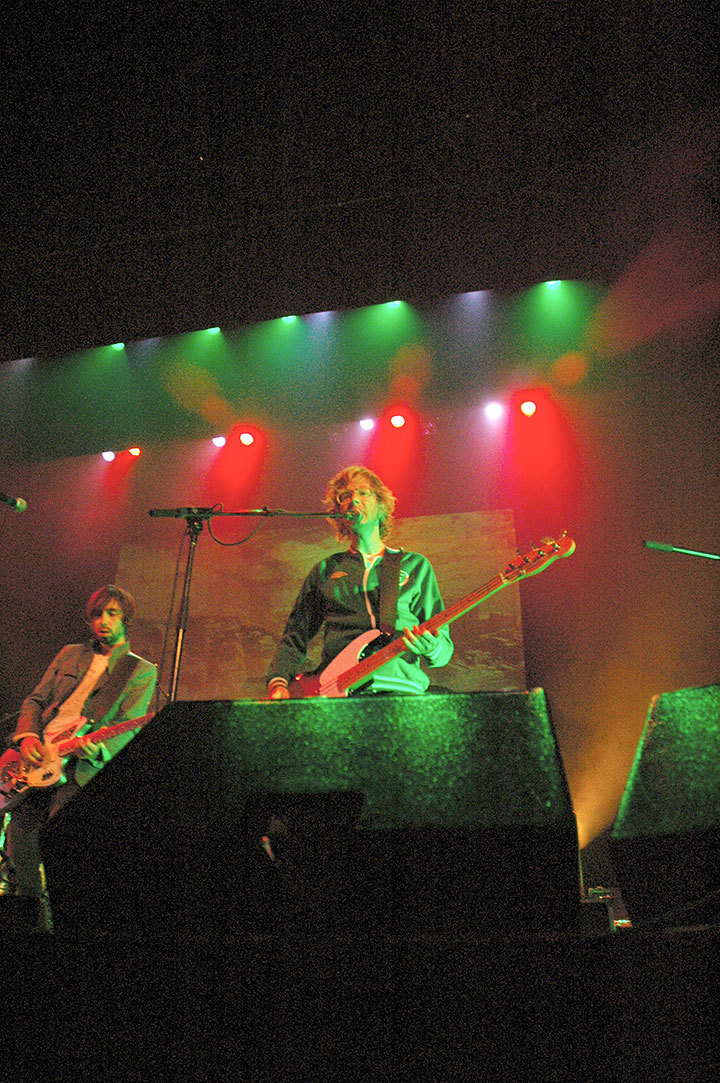 The historic Byham Theater might seem like a curious venue for Canadian indie rock band Broken Social Scene, whose members admit to being more accustomed to playing in bars and clubs. As lead singer Kevin Drew noted at the group’s concert last Wednesday, “It’s been a long time since we’ve played in a theater.” However, regardless of their unusual type of venue, Broken Social Scene managed to breathe new life into the Byham.

The Wooden Birds, a four-person group from Austin, Texas, opened the concert with some down-tempo, somewhat stereotypical indie tunes composed of guitars, percussion, and the sweet crooning of lead singer Andrew Kenny. The group’s music was pleasant and low-key, and each song flowed easily into the next, leaving the audience feeling mellow and calm by the time the band ended its set. The audience quickly re-energized, however, when Broken Social Scene came onstage.

Broken Social Scene is a musical collective group with anywhere from six to 19 members at any given time. The nine musicians on stage at the Byham Theater on Wednesday started off their set with the energetic number “World Sick” that got the crowd scrambling out of their seats and into the aisles to dance.

Throughout the set, musicians wandered on and off stage, utilizing a large range of instruments — aside from the standard guitars, drums, vocals, and keyboards, group members also used a saxophone, trumpet, harmonica, flute, and bass clarinet.

The musicians’ meanderings on and off the stage in the middle of musical numbers never detracted from their high-energy, multi-layered “wall of sound,” as lead singer and band founder Drew referred to his band at one point in the performance. The light show accompanying the performance certainly helped keep the energy level high; flashing colored spotlights roved around the stage and walls of the theater. Surprisingly, they didn’t seem out of place in the Byham; rather, the light show brought youthful energy and fresh life into a theater that is over a hundred years old.

The only moment during Broken Social Scene’s set that the audience wasn’t clapping, dancing, or singing along was during their performance of the hauntingly beautiful instrumental number “Guilty Cubicles,” which Drew announced as dedicated to the band’s friends who had died in the past year.

After an almost two-hour set, Broken Social Scene closed off with the powerful instrumental number “Meet Me in the Basement.” When the audience screamed for more, Drew acquiesced and brought out female vocalist Lisa Lobsinger, whose sweet, almost childlike voice and shy demeanor seemed especially appropriate for the dreamy “Anthems For a Seventeen Year Old Girl.” Between the song’s swirling guitar lines and Lobsinger’s breathy, repetitive lyrics, the mood in the theater was transformed from one of high-energy enthusiasm to that of blissful transfixion.

When the song came to an end and the band members gave their final goodbyes for the evening, the audience members seemed to share a look as though they had just witnessed something transformative and magical. One can only hope that Broken Social Scene will bring that magic back to Pittsburgh sometime soon.