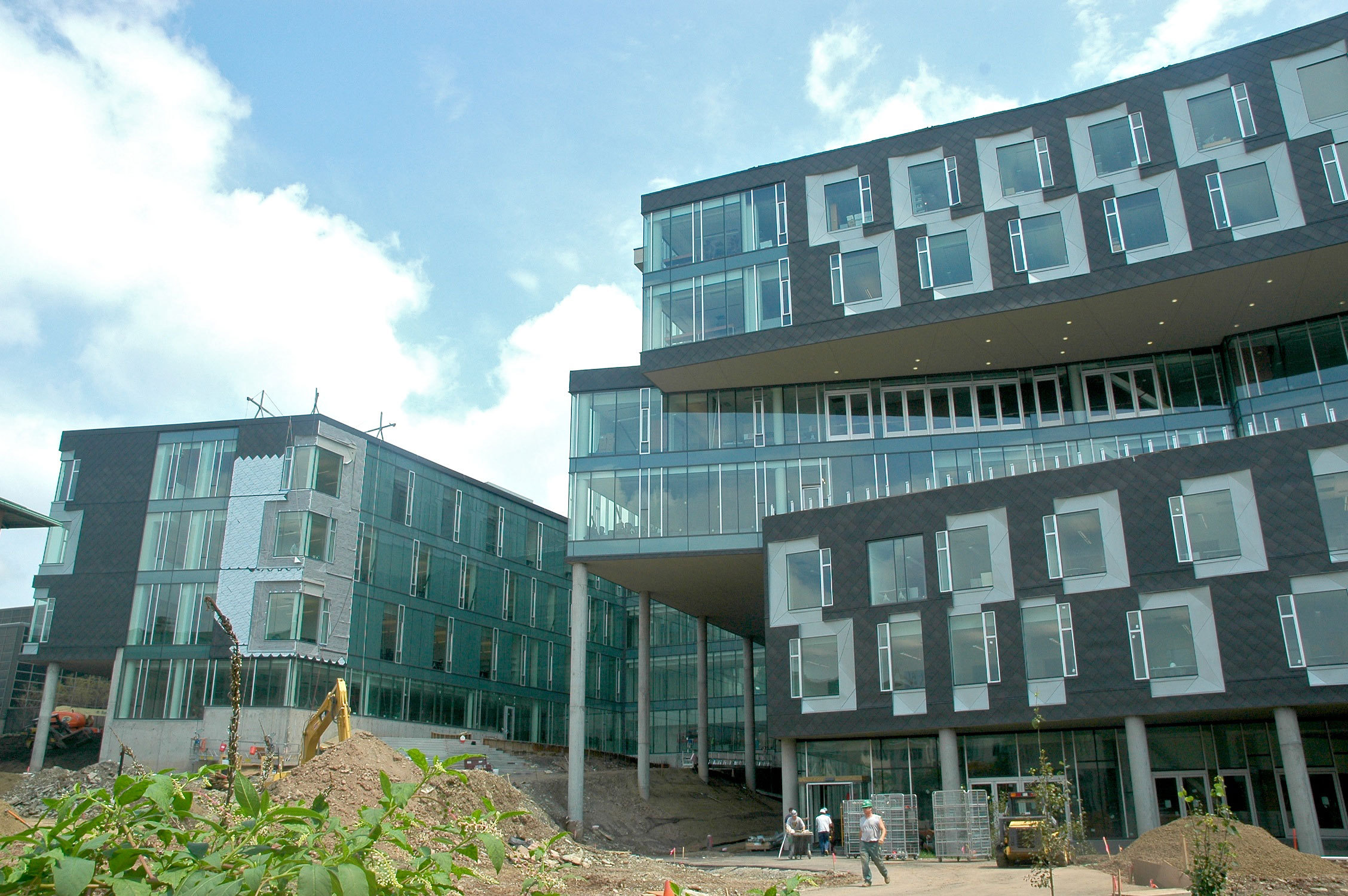 Much, but not all, of the School of Computer Science has moved to the Gates Hillman Complex. (credit: File Photo )

It’s been about a year since the School of Computer Science (SCS) moved from Wean Hall to the Gates Hillman Complex, but the school is still very much in a state of transition. With certain departments still awaiting completed renovations or final placements, it is safe to say that all of SCS has not yet found a place to call home.
While the Language Technologies Institute, the Lane Center for Computational Biology, the machine learning department, and the computer science department have moved into Gates Hillman, the Institute for Software Research (ISR) has been consolidated in Wean Hall. As a result, Wean Hall underwent renovations on the fourth and fifth floors last semester, and the work continued into the summer. The finished product is a space dedicated specifically to the ISR, including offices, space for graduate students, conference rooms, and a spacious lounge.

Before moving into Wean, the ISR was spread out over nine different buildings on campus. “As the newest unit of SCS, they didn’t know where to put us, so we were placed wherever there was space,” said James Herbsleb, a professor in the ISR and the Human-Computer Interaction Institute (HCII), in his recently renovated office. “It’s nice to finally have a home in Wean. I love it.”

According to Herbsleb, about half of SCS was moved to Gates Hillman while the remainder still occupies space in Wean.

Both Gates Hillman and Wean, although considered departmental buildings, have space that is open to use for the entire university. Students have been known to take classes ranging from calculus and programming to Interpretation and Argument in Gates Hillman, while Wean offers space for modern language courses and temporary offices.

Some of the departments in SCS, such as HCII and the Robotics Institute, are located in Newell-Simon, but just as the bulk of SCS moved into Gates Hillman, there are other moves soon to take place. “Originally I was located on the second floor of Smith Hall, but I was moved to Wean this year and I’m waiting on [certain offices] in Newell-Simon to move to Smith so that I can move there,” said Christopher Dellin, a graduate student of the Robotics Institute.

Dellin and his officemate Hyunggi Chu, a senior research programmer, are both temporarily located in Wean Hall, in the ISR domain, until space opens up for them.

“[Wean] is nice compared to Smith, but I really can’t wait to move into Newell-Simon. They’ve got windows,” Dellin said.

Despite the school still working between multiple buildings and many individuals still awaiting final placements, most computer science majors see the move as a great improvement over their previous arrangements.

“Overall I think this building is a better fit,” said Eric Faust, a sophomore computer science major and a teaching assistant in the School of Computer Science. “Wean is shut in. There are times that I’ve spent over 36 hours in Wean working on a project, and it’s like, I haven’t seen sunlight in over 24 hours.”