E-mail has constitutional protection from spying 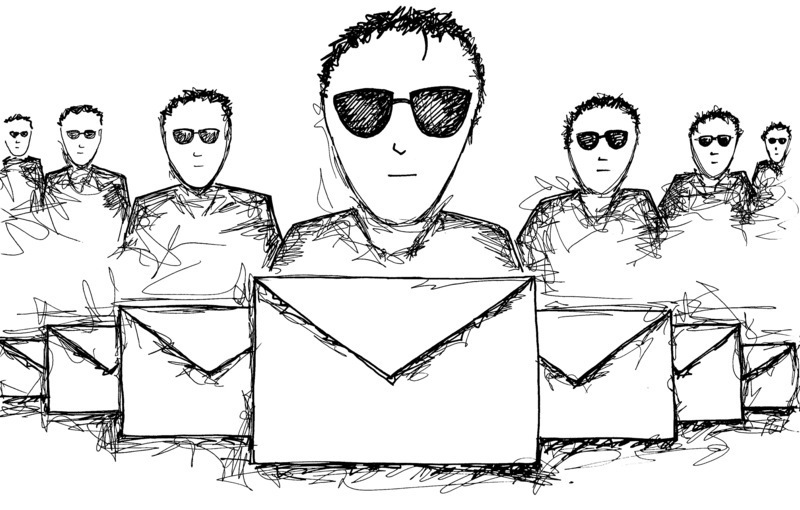 Credit: Patrick Gage Kelley/Contributing Editor
Editorials featured in the Forum section are solely the opinions of their individual authors.

As college students, we are always being warned to be careful of what we put online for everyone to see because it could come back to hurt us later. Most of us don’t consider our e-mail accounts to be something everyone can see, and so we often put things into e-mails that we wouldn’t want everyone to know.

The Department of Justice (DOJ), however, seems to disagree. It considers e-mail accounts “public” — that is, it does not believe that police and government agents should need warrants or probable cause to search through them.

Recently, the DOJ took Yahoo! to court over this issue, fighting to be allowed to read e-mail stored on Yahoo! mail servers. Yahoo! fought back to protect its users’ rights, and other companies, including Google, joined the fight against this invasion of privacy.

Significantly, the DOJ dropped the suit last week, giving up (for now) on the right to read e-mails.

This open disregard for privacy is troubling, but not wholly unexpected. After 9/11, we allowed the government to go much further in the invasion of privacy than we did before, and this has opened the door for more unreasonable requests. The difference now is that someone is fighting back.

The government should not be allowed access to personal e-mail accounts without a warrant, regardless of which server they are stored on or how old they are. Currently, there are different rules for e-mails over 181 days old, and warrants are not required for these older messages.

This means that any messages that are over six months old are fair game, and the government could presumably access them without a warrant. Users who store their e-mails perpetually should perhaps rethink their storage plan, as the government can go look at these messages, no matter how private or personal, and potentially use them against their owners.

This rule should be changed. If it can’t be, then users should be made clearly aware of it — and not in one of those long, fine-print, rarely read privacy policy agreements.

E-mails, regardless of how old they are, should be treated like any other form of communication or property. The government must obtain a warrant for mail sent through the postal service, so why not for e-mail as well?

No e-mails should be available to any government representative without a warrant, whether they’ve been opened, or what the government thinks it can learn. If there’s a valid reason to suspect that something suspicious will be contained in an e-mail, then there should be no trouble obtaining a warrant.

In 2007, when the government gained access to a man’s e-mail without a warrant in order to find evidence for a fraud case — the man was accused of “selling” male enhancement products through e-mail — the courts ruled that this was unconstitutional and that the government needed a warrant for the evidence to be admissible.

Now, three years later, the same argument is again being waged on a larger scale, but this time the government didn’t wait for the court to rule against them before backing down.

Yahoo!, Google, and the other companies in opposition to the government on this matter should be commended for their willingness to protect their users’ rights and privacy.

In order to protect the rights of consumers, the Digital Due Process Coalition was formed. Organizations and corporations have banded together to lobby for the protection of digital communications privacy rights. This group is trying to require the government to obtain a warrant in order to use e-mails in court and to use GPS technology in cell phones to locate criminals or suspected criminals.

This group and others like it are extremely important today, when most people use the Internet and cell phones without even thinking, expecting that their conversations and dealings are private and visible only to the intended recipient. In fact, in many e-mail messages, a disclaimer at the bottom states that only the intended recipient should read the contents of the message.

Companies and those accused of crimes are finally beginning to challenge what has been an almost unrestricted power of the government for nearly a decade.

While allowances were made shortly following the 9/11 attacks, it is beyond time to return to the Constitution.