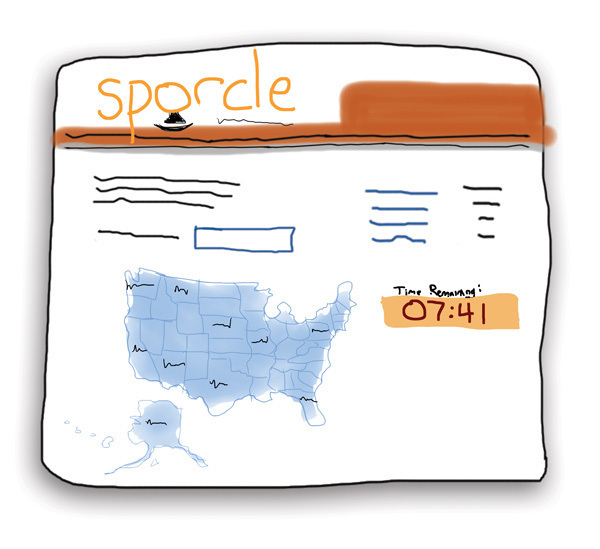 Can you list the names of all of Snow White’s seven dwarfs faster than your roommate? Can you name all 44 of the United States presidents? How many of the 195 countries of the world can you name? After sitting through all of those chemistry lectures, how familiar are you with the periodic table of elements?

If you are the type of person who likes the challenge of quizzes like these, you are not alone. People from across the nation and around the world have discovered one of the newest and most addicting game sites on the web: Sporcle. Sporcle was created by Carnegie Mellon alumnus, Matt Ramme. Ramme graduated from the School of Computer Science in 1997. On the website, www.sporcle.com, Sporcle characterizes itself as a source for “mentally stimulating diversions.” The site currently contains over 3000 fast-paced games that challenge users to beat the clock and input answers to various quiz questions. The quizzes cover a wide array of captivating topics, including geography, history, movies, music, and trivia from popular culture.

Considering its popularity now, few would believe that Sporcle was not originally intended to go public. Instead, Ramme recalls “basically trying to create a tool for myself.” Fellow Carnegie Mellon School of Computer Science alumnus, best man in Ramme’s wedding, and current CEO of Sporcle, Ali Aydar, describes Matt and his wife as “avid crossword puzzle people.” Ramme wanted to expand his knowledge of trivia, and he noticed that there were several recurring crossword puzzle answers. So he began quizzing himself. When flash cards just weren’t cutting it, Ramme built a web program for himself, and the first Sporcle game was born, challenging players to master the U.S. state capitals. Sporcle made its public debut as Ramme began to post the games online. “Every time I put one up, it got played,” said Ramme.

In July 2007, Sporcle.com was featured with over 1500 “diggs” on the site digg.com. Aydar recalls, “After that, I was not surprised that [Sporcle] would go far!”

Since its original debut, Sporcle has been played over 235 million times. It has been highlighted in publications such as The Boston Globe and The Times of London. Sporcle has also made the headlines of countless other college and university newspapers. When asked what makes Sporcle so popular, Ramme claims: “It’s easy to use, easy to just jump in. [Sporcle] challenges you to want to do better next time.” He also sees his creation as a form of “accidental learning [and] entertainment.”

College students agree. First-year biological sciences major, Katie Siewert, discovered the game last semester when she saw her roommate playing it. “Sporcle is unlike other ways to procrastinate. It’s like a puzzle that exercises your brain,” she said. Sophomore computer science major Grace Nam agreed. “I feel a lot better about procrastinating on Sporcle than on Facebook. I don’t feel like I’m wasting as much time,” she said.

Senior chemical engineering major Andrew Passarotti is also a big fan of Sporcle. “Sporcle is a test to see how much useless trivia you know, although some of it turns out to be useful, like listing all of the presidents,” he said. Passarotti’s favorite Sporcle is the Pokémon quiz. “I’ve taken it multiple times to see if I can get better.”

Ramme takes his place among the Carnegie Mellon University graduates who have found success through innovation. Over the past three years, Ramme has become convinced that “if you can solve a problem you have for yourself, others will share the same problems and will benefit from your solutions.” Ramme advised Carnegie Mellon students to “do something you like.… instead of searching for ‘the great answer,’ search for answers for yourself.”

Both Ramme and Aydar are excited that Sporcle has found a niche on the Carnegie Mellon campus. They have revealed that there are several new site features to look forward to in the future.