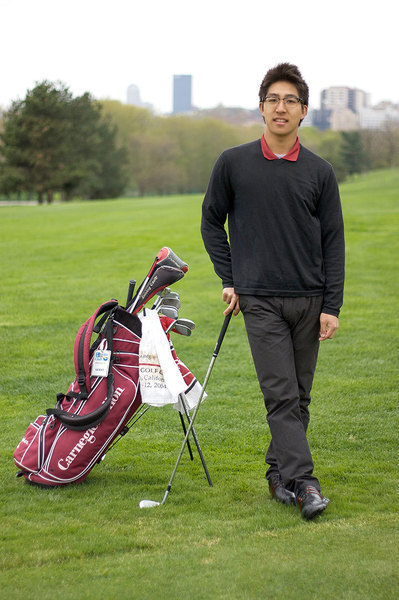 After leading the past several tournaments for the Tartans’ golf team, senior Chris Lee hopes to place in the top 10 during the remaining two tournaments of the season. Moreover, Lee notes a team goal of repeating the conference title at the University Athletic Association (UAA) tournament at the end of this month. Last season, Lee was an UAA Individual Champion and was given First Team All-UAA honors, while also taking part in the team’s first trip to the National Collegiate Athletic Association Championships.

Luckily for Lee, the strong academics at Carnegie Mellon were paired with an up-and-coming golf team when he was making his decision on where to go to college, leaving this school a positive choice for him overall. Despite a lack of extra time between golf and schoolwork, Lee has been a part of the AB Concerts Committee and the Undergraduate Financial Association, and he is currently involved with Mortar Board Honor Society, which concentrates on serving the community at large. With an interest in different types of food, Lee cites having a multitude of favorite cuisines, ranging from Korean to Italian to Brazilian.

After graduating this upcoming May, Lee will use his business degree, with a focus in finance, from Tepper to join Citigroup’s Capital Markets Origination group in New York City. Although he is a native of Los Angeles, Lee seems to have found a successful niche in the Northeast and hopes to maintain golf as a main part of his active life as he pursues his business career. As for some parting words to his fellow undergraduate teammates, Lee said: “My advice to the underclassmen is to be diligent about everything you do. Succeeding in golf and academics isn’t so much about your talent; rather, it is about how well you prepare and manage your time.”