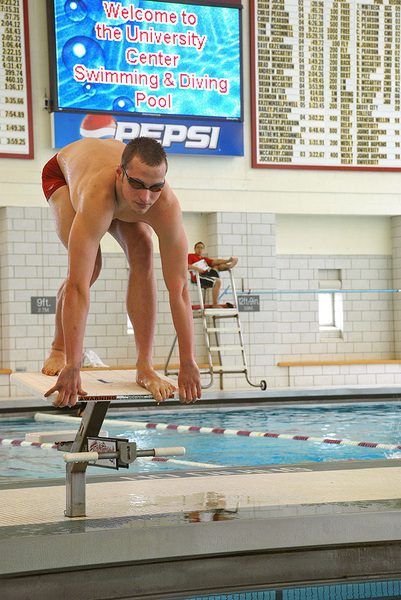 With the swimming and diving season coming to a close, the Tartans finished second in the University Athletic Association (UAA) conference and sent several athletes to the national meet. After earning All-UAA honors after finishing third in the 200-yard butterfly, first year Dan Glaser-Garbrick continued on to compete at the National Collegiate Athletic Association (NCAA) Swimming and Diving Championships and earned an All-America honor after placing eighth in the same event. This feat is impressive for an athlete in the first year of his college athletic career, and it sets the tone for successful seasons in the years to come.

A native of Dayton, Ohio, Glaser-Garbrick swam all four years of his high school career while maintaining an accomplished grade point average. Moreover, Glaser-Garbrick competed at the state level and earned a top-eight position in the 100-yard butterfly during his final year of high school. He began swimming because his parents recognized the importance of their son having an active lifestyle. The regular exercise and enjoyment of swimming became a habit that has positively affected Glaser-Garbrick’s life. Glaser-Garbrick mentioned other types of competition that he would be interested in once his swimming career at Carnegie Mellon is over: “I would choose to do triathlons, because they involve swimming, running, and biking, all of which I enjoy doing.”

Nearing the end of his first year of college, Glaser-Garbrick notes that he was nervous upon his arrival at Carnegie Mellon; he was concerned about how to handle the workload while being on the swim team. After experiencing the life of a student athlete at the university, Glaser-Garbrick has found that swimming helps him to stay focused and use his time wisely, both to complete assignments and work hard during practices. With three years ahead of him, Glaser-Garbrick is on the way to having a successful experience as a Tartan student athlete.