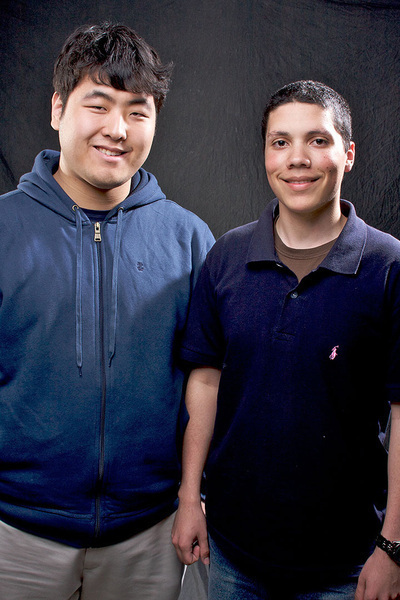 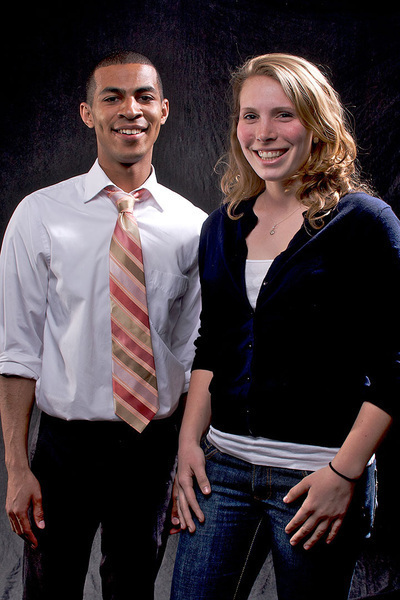 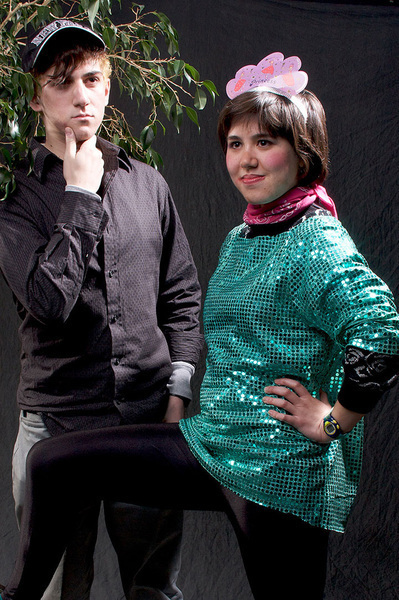 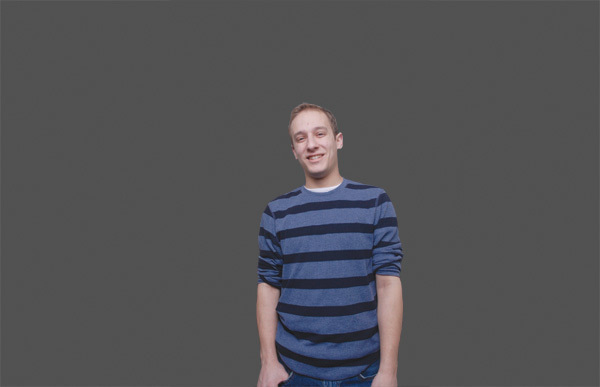 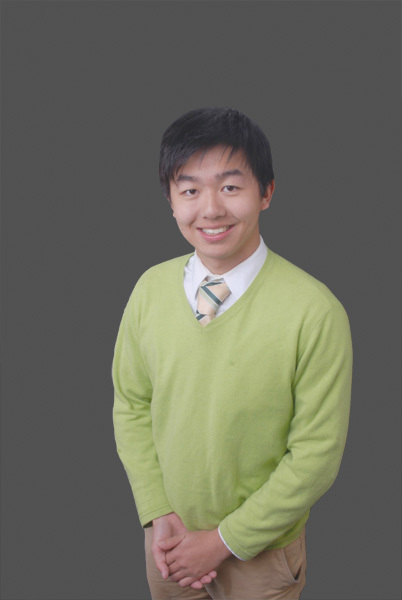 The Tartan sat down with the candidates this past week to get to know them and what motivates their campaigns for the 2010 student government elections.

Shanel Buchanan, junior biology and psychology major, hopes to address the issues of transparency within the Joint Funding Committee (JFC).

“My campaign offers a fresh perspective based on old values,” Buchanan said.

Buchanan feels that the image of the JFC is in need of change, as many in the student body are uninformed about how the JFC functions in the context of Student Government as a whole. She wants students to understand the process and to see that they have a large part in what the JFC does. She sees this as coming hand-in-hand with better partnerships with the Committee on Student Organizations, Undergraduate Student Senate, and the Graduate Student Assembly.

In addition to currently serving on the JFC, Buchanan’s involvement on campus through organizations such as National Society of Black Engineers, Women’s Leadership Institute, and Emergency Medical Services has allowed her to see the organizational side of the process.

“JFC should not be thought of as just cutting budgets, but more like making helpful suggestions,” Buchanan said of the the JFC’s image among student groups.

In terms of consistency, Buchanan wants to show that the JFC can be consistent with each organization every year. She saw inconsistencies within the JFC’s yearly funding when she served as treasurer of a student organization for the past two years.

Buchanan mentioned additional ideas, such as continuing where current Student Body Vice president for finance Nara Kasbergen left off in terms of improving the JFC relationship with student organizations and expanding the role of the representative to serve as a mentor who can help with queries, such as how to contact AB Tech about showing a movie. Buchanan hopes that all of these initiatives will also aid in improving the visibility of the JFC throughout campus.

Eric Wu may be the first computer science major to run for a position in the student government executive branch in recent years.

His plans are centered on expanding the role of SBVPF beyond the JFC, helping the elected student to become a campus educator for students on the financial situation of the university, as well as promoting careful spending for student organizations.

“Everyone just associates VPF with JFC,” Wu said. “But there’s so much more to it.”

Wu hopes to plan fall meetings of the JFC at which the members look not just at student organization budgets but at other financial issues faced by the university.

Wu mentioned issues such as finding ways to communicate the university’s economic situation to students, as well as assisting with his proposed Economies of Scale initiative. Economies of Scale would promote, for example, the purchase of a projector that could be rented out to organizations at a nominal fee less than the current $100 necessary for renting university projectors. The initiative could also include things such as mass purchases of wood for organizations during Carnival.

Wu also aims to work with David Ruvolo and the Office of Student Activities to better train the JFC representatives. He spoke highly of what Kasbergen has already done in diversifying the JFC, as this familiarizes the JFC with more of the organizations.

Wu has been heavily involved on campus and cited his experiences as one of his major qualifications. In Student Senate, he served as chair of the Internal Development Committee and was heavily involved in the Healthy Campus 2010 designated smoking area plan. He also has worked with Housing and Dining in changing vendors to Parkhurst and with other programmers in developing CMU Portal at cmuevent.org. Wu has worked with other student-based organizations such as Awareness of Roots in Chinese Culture, and he has also served as a first-year mentor in Mudge House.

“I’ve always been interested in finance,” Wu said, “and I really want to help further my peers and the university.”

Aaron Gross, a junior information systems and policy and management major, is the only candidate to run for this newly added student government executive position. Gross has a long history of student organization leadership including time as an Orientation counselor and the president of Scotch’n’Soda. He is also the current chair of the Undergraduate Student Senate.

“I want to be an advocate for helping organizations do the best work they can do,” Gross said. “And I want to make sure that they are appreciated.”

Gross’s Media Screens initiative proposes the addition of TV screens, similar to the one in Kirr Commons in the UC, to be placed throughout campus to be used for organization advertisement and events. Gross has spoken with peer institution Rensselaer Polytechnic Institute, whose open-source technology for such TVs could be adapted to Carnegie Mellon.

Beyond promoting organizations on campus, Gross wants to learn more about the current student activity experience. His Data Collecting initiative includes conducting a survey of students regarding the effectiveness of the Activities Fair and a financial analysis of current Student Activities processes such as reimbursements.

Gross’ small grant program would reward organizations that collaborate with one another and allow for combination of funding.

“The organizations are already strong. Where the VPO comes in is clearing the roadblocks,” Gross said.
Gross cited roadblocks such as reimbursement time and lack of office and rehearsal space, for which he described a solution: approaching the Board of Trustees and discussing a place in the university’s Master Plan, a plan developed by the university for approximately 20 years of campus growth, approved by the city of Pittsburgh and most recently updated in 2002.

If elected, Gross plans on meeting individually with every student organization on campus to better assess their needs, beginning as soon as this current spring semester.

Editor’s Note: Aaron Gross is a former layout manager for The Tartan.

For Michael Surh and Micah Rosa, both junior business majors, the key to improving the Carnegie Mellon student experience is in through its organizations, including Greek life.

“Clubs are what’s central to CMU,” Rosa said. “We just need to make sure we’re serving them as best as we can.”

The pair’s platform includes a number of initiatives, all focused on student groups. The Student Trade Employment Platform (STEM) would offer organizations as well as students a chance to make extra money while also serving the Pittsburgh community. STEM would create a digitized database in which local businesses could list odd jobs they need done, such as designing a webpage or making an advertisement.

Surh and Rosa have a history of student involvement on campus, particularly in entrepreneurship start-ups, many of which are relevant to their initiatives and which they say gives their campaign something extra, since they have experience in already implementing all that they are proposing.

Their Active Communication Program would include a weekly column in The Tartan as well as an opt-in/opt-out e-mail newsletter to familiarize students and groups with the happenings of student government.

In order to centralize the club community, the CMU Central initiative would build off the existing CMU Portal in listing all clubs, leaders, websites, and events in one place with the ability of categorization by club type, as well as a built-in website template for any student organization to use and modify for its own purposes. They already have a limited CMU Portal up and running.

To unite Carnegie Mellon’s diverse clubs and interests, Rosa and Surh propose redirecting the existing Tartan Rewards programs to student organization events, providing rewards both for students with high attendance as well as the organizations who put on the events for the community.

“We can’t force you to be proud,” Surh said. “We want you to have every reason to be proud of this school.”

Jarrett Adams and Kate Smith, Candidates for SBP and SBVP

Jarrett Adams, a junior information systems major, and Kate Smith, a junior social and decision science major, have termed their campaign “A College To Believe In” after an Obama campaign slogan.

“What’s behind A College To Believe In is the most student-based campaign possible,” Adams said. “A lot of students have a negative view of life here. We want to change this to a positive.”

Adams and Smith have both been very involved on campus, from Adams’ role as an RA, a member of various SACs, and a Student Senator to Smith’s role as Greek life intern, leadership in Kappa Alpha Theta, involvement in 1000plus, and former membership on the varsity soccer team.

The pair has a series of initiatives aimed at enhancing the student experience, from a CollegeConnect program featuring inter-college socials and college-based lecture programs to an increase in transparency and communication achieved by meeting with student leaders from such organizations as the Student Dormitory Council and the Greek governing bodies on a regular basis.

“We want to support students in every way that we can to make their college experience the best it could possibly be,” Smith said.

Adams and Smith spoke of the importance of looking at all the aspects that shape a student’s experience. Their Executive Grant Program would investigate endeavors such as adding electrical outlets to the Cut for student laptops, while the Great Ideas campaign would encourage the development of more student ideas.

“If students feel like they can’t complain to us, we’re not doing a good job,” Adams said.

“Seriously, give us as many [problems] as possible. We want to try and fix them,” Smith added.

Editor’s Note: Jarrett Adams and Kate Smith are staffwriters for The Tartan.

Casey Brander and Matt Sandler, Candidates for SBP and SBVP

For Casey Brander, a junior art major, and Matt Sandler, a junior BCSA major, their platform is defined by their sense of humor when describing the Carnegie Mellon student experience.

The pair has a long history in collaboration on art projects, such as a winning billboard in a recent contest and a computerized remote that shocks the player during video games.

In addition to their shared history, they have a wide range of interests that they hope to bring to the student population.

They are passionate about getting a lot more active off campus through expanding such events as 1000plus, enforcing the designated smoking area policy, increasing dining selection, and putting added focus on sustainability.

While doing their signature Z-snap move, the two spoke about their get-it-done personalities.
“We’re all about creative solutions,” Brander said.

The two have been involved in a variety of campus organizations. Brander is passionate about her artwork while pursuing multiple outside projects, and was responsible for bringing Reverend Billy to campus as an AB speaker.

Sandler is currently the AB Comedy chair, is the former Comics editor at The Tartan, and has a great interest in robotics.

The two engaged in banter about the patriarchal labeling of history, the importance of robotics, and the main slogan for their campaign, while showing their complementary and similarly light-hearted personalities.

Editor’s Note: Matt Sandler is a former Comics editor for The Tartan.