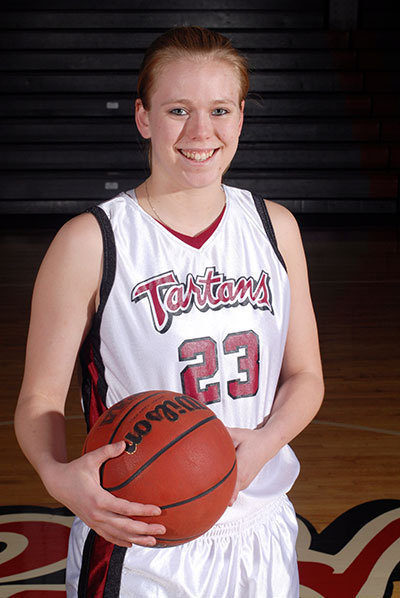 The Tartan women’s basketball team has had a roller coaster season, starting strong and hitting a few rough patches due to injuries and close-fought contests. One of the peaks of this active season occurred on Feb. 12 in Skibo Gymnasium, as the Lady Tartans took on Emory University in a University Athletic Association (UAA) competition. First-year Brit Phillips sunk a buzzer-beater jump shot to send the game into overtime, where Carnegie Mellon clinched the victory.

Phillips’ strong presence on the court has fortunately carried over from a successful high school career at Normandy High School in Parma, Ohio. While there, Phillips was a four-year varsity starter and a three-year captain, as well as the conference’s Most Valuable Player and an All-Academic Athlete. Phillips cites her father as her most influential inspiration in pursuing her basketball passion after she took up the sport in first grade. While part of the off-season has to be devoted to maintaining her fitness and drive to improve, Phillips also enjoys catching up on the latest television shows and books. She enjoys snowboarding, but the lengthy basketball season has left it to be a hobby that Phillips can pursue after her college career.

While currently seeking a major in mathematical sciences, Phillips is also interested in computational finance. Having a busy schedule has helped with time management, but Phillips is definitely looking forward to the upcoming break: “I plan to sleep in as much as possible, and maybe earn some money if I can. But mostly just relax. The Cavaliers are playing the Celtics on March 14 [and] I’ll be there.”

Whether it’s leading on the basketball court, being a conscientious student or enjoying free time, Phillips seems to be fitting right in at Carnegie Mellon University, and will be taking on her next three years.