Third time’s the charm for Bhangra in the Burgh 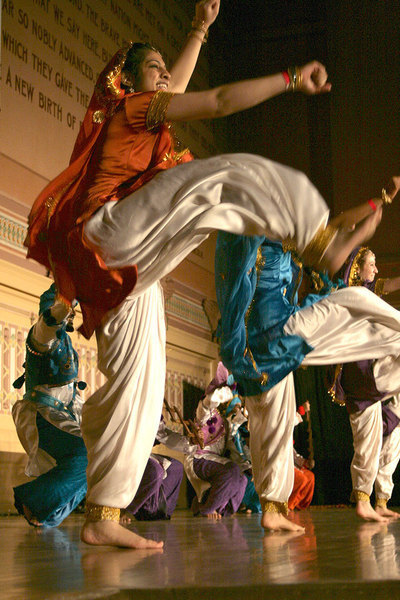 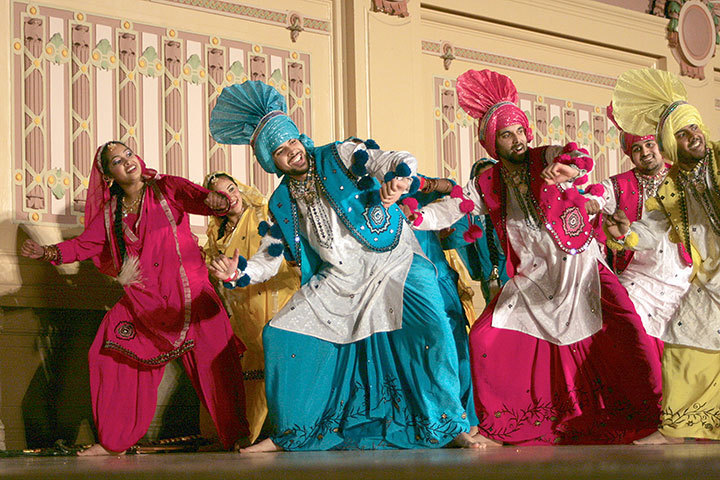 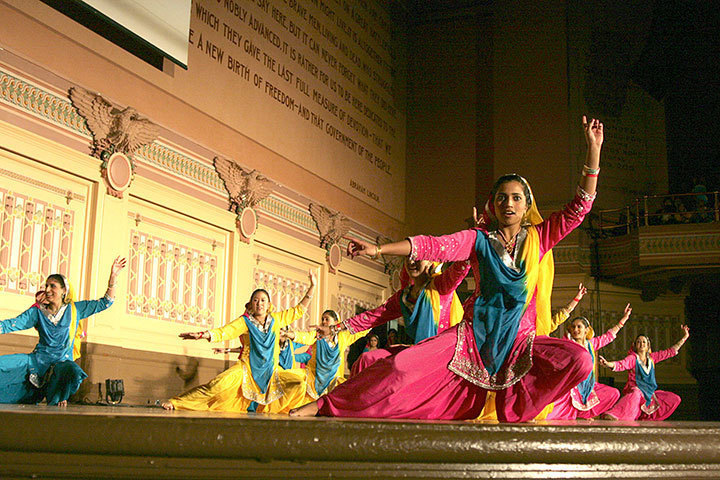 Bhangra. Over the past three years, this word has created a special place for itself in the Carnegie Mellon lingo. To an outsider, bhangra — one of the most popular Indian dances — would entail brilliant colors, energy-packed performances, and wholesome entertainment. To the average Carnegie Mellon student, bhangra has come to mean all this and much more. Bhangra in the Burgh, Carnegie Mellon University’s annual bhangra competition, is the largest student-run event on campus and has transformed from just being a celebration of dance to a gathering of vibrant student life, an event that has the entire campus community tapping to its beats.

Considering the fact that the show was sold out, it seems clear that Bhangra in the Burgh has retained its popularity over the years. Like the previous two years’ competitions, Bhangra in the Burgh 3, held at Soldiers & Sailors Memorial Hall last Saturday, was enjoyable until the very end. As always, the organizational skill involved was phenomenal. The co-chairs for the event this year were Gurmukh Singh Chhabra, a junior chemical engineering major; Vishal Agrawal, a sophomore electrical and computer engineering major; and Suraj Baxi, a sophomore social and decision sciences major. The event was planned to be bigger and better than those of the previous years. Chhabra explained that the university’s Pittsburgh chapter alumni meeting was happening the same weekend, “so we have 75 alumni coming and watching the show.” Chhabra said that this would be a great platform to promote the show and “showcase [to the alumni] what CMU has to offer and what bhangra really is.”

According to Agrawal, handling the entire event was both “an honor and responsibility.” The event was all the more honorable as all the proceeds from the event were donated to the Children’s Home of Pittsburgh. The fact that it is a charitable event makes Bhangra in the Burgh stand out. “There are a lot of Bhangra competitions all over the nation that are done by professional companies, and all the profits are kept by them,” Chhabra said. “[We wanted to] give back to the community and carry forward the goal of the 2007 co-chairs and put Pittsburgh on the map.”

To appeal to a wider portion of the campus population, a number of exhibition acts were included in the program. These acts consisted of performances by Carnegie Mellon groups including the dance troupes Tanah, Chak De, and SoulStylz, as well as a cappella groups Deewane and the Originals. Other exhibition acts included dance performances by the University of Pittsburgh’s Indian dance troupe, Pitt Raas, as well as Point Park University’s hip-hop group, Impulse.

To add to the entertainment quotient, stand-up comedians Rajiv Satyal and Monrok were invited as the MCs for the evening. From performing a hilarious rendition of one of Bollywood’s most famous dances to cracking witty jokes on the Indian community, the MCs ensured that the event was enjoyable for all.

The dances themselves were quite remarkable. Although each of the competing teams retained the basic flavors of the power-packed bhangra style, there was always at least one aspect of each performance that was unique to each team. Notable among these were the performances of DC Bhangra Crew, an all-women team that had a rather different, yet pleasing, style of choreography, and Cornell Bhangra, which spelled out the name of their university during the dance through the body postures of the dancers. George Mason University Bhangra and UVA di Shaan both made excellent use of dholaks, instruments similar to drums that add to the beats of the music. Their innovative techniques of experimenting with the music, and also their energetic performances, earned George Mason University Bhangra and UVA di Shaan the third and second prizes, respectively. The first prize went to returning champions VCU Bhangra, who, along with dancing flawlessly to the music, incorporated some Punjabi lines of speech into their act, adding to the rustic feeling of the performance.

The exhibition acts were also quite entertaining. One of the most enjoyable performances was by SoulStylz. The group integrated a number of different dance styles in their performance, including hip-hop and typical Bollywood dance. By choosing popular songs from Indian movies to dance to, SoulStylz had a large portion of the audience singing along. The University of Pittsburgh’s team performed traditional raas from the western part of India, as opposed to bhangra, which is a dance of the north. This different dance style helped showcase some of the variety that Indian culture has to offer. The event concluded with a performance by Carnegie Mellon’s very own bhangra team, Chak De. Chak De’s fast-paced dance and the overwhelming support and cheering they received from the audience created an excellent performance.

Although there were some minor technical problems with the sound system, the overall event was a great success. Compared to last year, there were very few issues with the seating in the hall. Agrawal said that this was a conscious effort, as the staff took extra care to ensure that it did not repeat the mistakes it had made before. However, the planning of the event was not without some major setbacks. One of the major issues the committee faced was that of sponsorship. “Most of our external sponsors backed out,” Chhabra said. However, despite this, the show managed to run smoothly.

For the co-chairs though, success would be determined by the satisfaction of the overwhelmingly large Bhangra in the Burgh staff. “I think the entire event would be a failure if the people who worked the event didn’t have a great time,” Baxi said.

In fact, as a tribute to the staff, the co-chairs put together a video of some of the special moments shared by the staff while preparing for the event and showcased it at the end of the program.

Baxi said spending time with the staff was one of the most enjoyable parts of coordinating the event. “[It was great] spending time with the committee and getting to know people who you would never know otherwise.” Agrawal agreed and said, “[The show is] a good way to network and to get to know the campus community.”

For a show that has used Indian culture to bring together a variety of people from all parts of the university, Bhangra in the Burgh has truly captured the spirit of a diverse community like Carnegie Mellon.