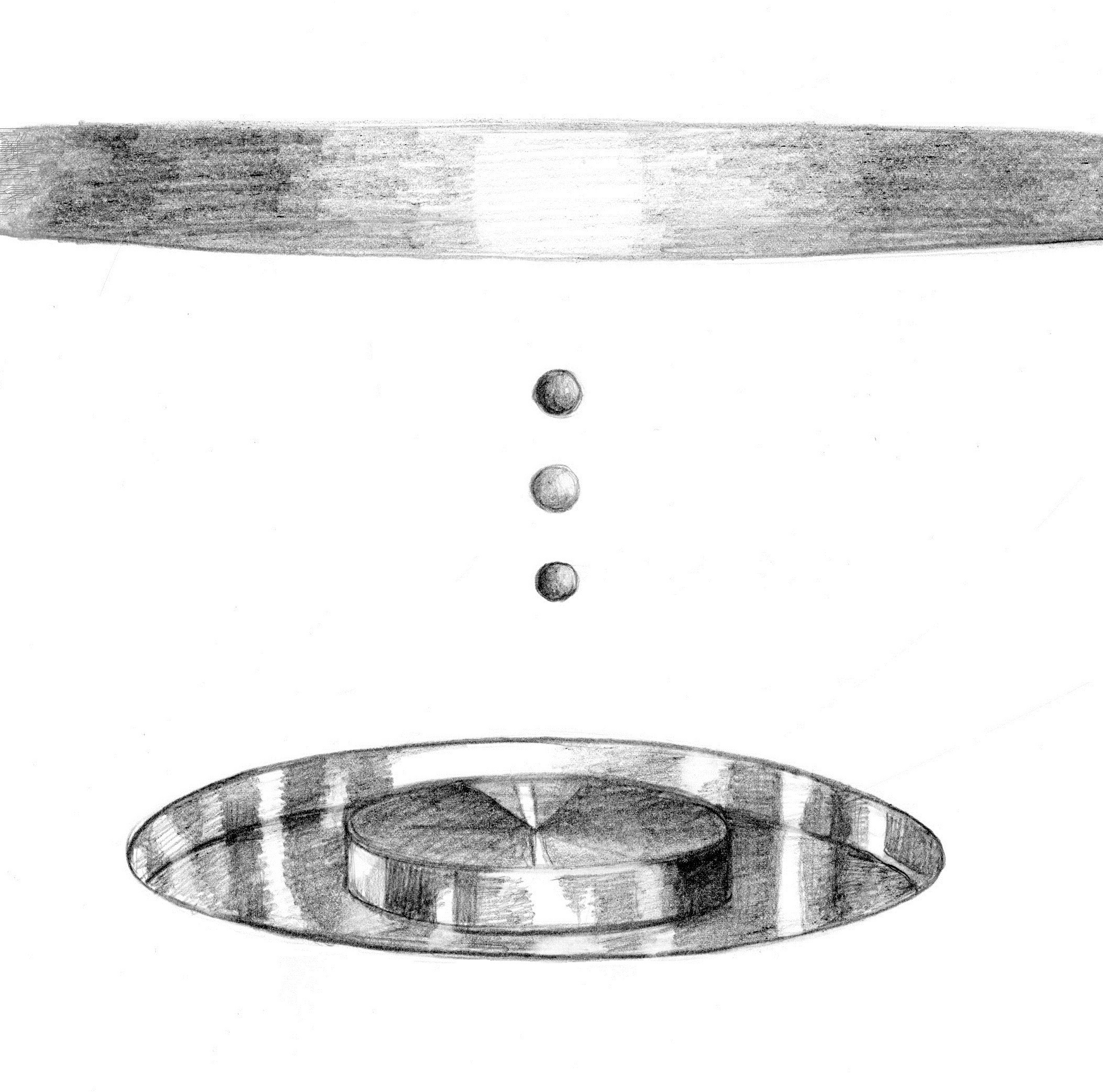 Levitation — it’s a seemingly magical phenomenon by which an object elevates due to a flashy magician waving his hand. The question for today is: Can sound make things fly, too?

Sound is a physical phenomenon: It is composed of longitudinal, mechanical waves vibrating through air. Because sound waves are mechanical, they require a medium to travel through, such as a gas or a solid, and are made up of two alternating parts called compressions and rarefactions, according to www.tech-faq.com. A compression occurs when the air particles through which sound travels gather together, forming an area of high pressure, due to the high concentration of gas particles. Conversely, a rarefaction occurs between compressions and spreads out the gas particles, which forms into an area of low pressure.

A sound is created when a source pushes the first molecule in a wave, which in turn pushes and pulls particles around it in a cascading effect. The back-and-forth movement of a vibrating violin string pushes and pulls the air in such a way. Thus, sound travels by sending physical waves through the air that move the air's particles around. For sound to levitate an object, it must create regions of high pressure that push upward, negating the downward force of gravity, and hence making objects float.

To make this happen, sound needs to be transmitted through an acoustic levitator, which consists of two parts: a transducer, which is the source of the sound, and a reflector, which is a smooth surface that will reflect the emitted sound wave, according to www.HowStuffWorks.com. Both parts are usually concave, which helps focus the sound. The transducer faces up at the reflector, and the object floats in between them due to the sound wave emitted from the transducer.

To determine where an object will float between the transducer and reflector, one must examine the properties of the sound waves themselves. When the transducer produces a sound wave, the wave will travel upward through the air until it is reflected back by the reflector. When this happens, its areas of high pressure — compressions — and areas of low pressure — rarefactions — will interact with the compressions and rarefactions of the original wave. This occurrence is called interference, and it can be constructive, amplifying the sound, or destructive, decreasing or muting the sound completely. Areas of similar pressure, such as two overlapping compressions, will be augmented, while areas of disparate pressure, such as a compression overlapping a rarefaction, will negate one another.

The overall composition of the interferences between the original sound wave and its reflection forms a standing wave, which is simply the new waveform representing these interactions. The standing wave will have nodes, which are areas of minimum pressure, and antinodes, which are the areas of highest pressure. Places in between antinodes and nodes will experience constant upward pressure, which is the key to performing acoustic levitation. In these areas, which are usually just below the nodes, the upward pressure of the sound wave is exactly equal to the downward pull of gravity, thus making objects float, suspended in mid-air.

In order for an acoustic levitator to create pressure strong enough to fight gravity, it must use nonlinear sounds, which are high-intensity sounds that have effects much more powerful than ordinary sounds. Hence, acoustic levitators usually make sounds at levels of 150 decibels or more. Typical speaking level is 60 decibels, while a loud nightclub is about 110 decibels.

Acoustic levitation has been used in manufacturing very small electronics like microchips. In addition, handling corrosive or otherwise dangerous objects is easier using acoustic levitation, which scientists use to examine objects without being contaminated or their containers being destroyed.