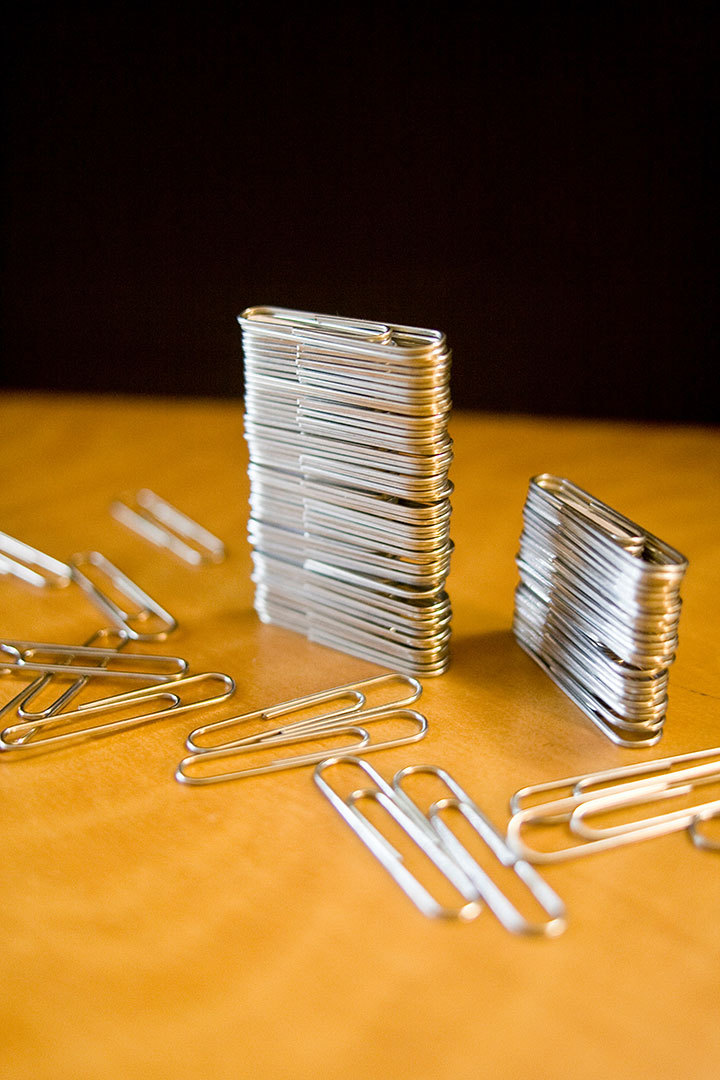 The film Paper Clips follows a group of students attempting to collect 6 million paperclips to represent those who died in the Holocaust. (credit: Celia Ludwinski)

When one eighth-grade student in Whitwell, Tenn. raised her hand to say, “Wait a minute, wait a minute, I can’t get my brain around 6 million, it’s too huge,” she had no idea that she was starting something powerful. This student was part of an after-school study group learning about the Holocaust in Whitwell, a homogeneous town of about 1,600 people, nearly all of them white Christians. When the middle-school administration realized that something needed to be added to the curriculum to help students understand those who are different than them, the Holocaust came to mind.

There are no Jews in Whitwell, but this didn’t stop the middle school students and the community from coming together to collect 6 million paper clips to represent the human tragedy. Joe Fab is the writer, director, and co-producer of the Miramax documentary Paper Clips that captures the extraordinary efforts of this small town. The film and Fab are coming to the University of Pittsburgh’s Public Health Auditorium this Wednesday.

The film offers a different perspective on the Holocaust. “It’s not a period piece, like The Pianist or Schindler’s List and it’s actually not about Jews,” said Mia Jacobs, a sophomore majoring in communication and religious studies at the University of Pittsburgh. Jacobs is also the marketing chair for the Hillel Jewish University Center Student Board. The timing of the film, originally released in 2004, coincides to recognize Kristallnacht, or the Night of Broken Glass, during which Jews in Nazi Germany and parts of Austria suffered a series of attacks during November 1938.

After the screening on Nov. 3, there will be a question-and-answer session with Fab. “It’s kind of a once-in-a-lifetime opportunity to hear him speak and answer our questions,” Jacobs said. “The Student Board is committed to bringing these opportunities to all students in Pittsburgh.” The event is open to members of the community and has received co-sponsorship from a number of organizations, including Congregation Beth Shalom Men’s Club.

“This is a special kind of experience we’re going to have,” Fab explained. “When you take time out of your busy day and gather together with other people and sit in the dark and watch a movie and you share that experience — it’s different from sitting and watching it at your house.”
Fab noted that no matter what age you are, the film challenges you to examine what you’re doing when you see something that’s wrong. “How far do you go?” he asked rhetorically. “Do you just say ‘Oh, gee, that’s really terrible’ and then go to lunch?” He thinks that college students who really ask questions about where they’re heading will be encouraged by the film to make ambitious choices.
The after-school study group in Whitwell was launched in the fall of 1999 with about 25 students, Fab explained. The teachers felt they needed to limit the size, and students were asked to write essays about why they wanted to be a part of the group. As they began learning about the Holocaust and the Nazis, they learned of one of the most important facts: the death of 6 million Jews. Enter the student who didn’t want to move on until she understood what 6 million meant.

As Fab pointed out, it is known that the number was actually a lot more than 6 million — closer to 11 million. Either way, the number was unfathomable. The students did research to come up with a concrete way to represent the unimaginable. A student came up with the idea of paper clips, not just because of their small size, but because sympathetic Norwegians wore them on their lapels in silent protest during World War II. Thus, the symbol was born.

But this sequence of events is only captured in three or four minutes of the movie. “After that, it gets really interesting,” Fab said. Carly Adelmann, assistant director of Jewish Student Life at the Hillel JUC, emphasized that the event isn’t just for Jews. “It’s important to remember that it wasn’t just the Jews that perished,” she said. “It’s not just Jewish history, it’s global history.”

“The story this documentary tells goes a long way to taking what we know about the Holocaust on a conceptual basis and making it real,” said Eric Gottlieb, a sophomore chemistry major and Jewish Affairs committee head for Alpha Epsilon Pi, a Carnegie Mellon fraternity that is also sponsoring the event.

There is an inspiring idea embedded in the student that put her hand up in a classroom in southeastern Tennessee to try to understand the 6 million. “That child started something in motion, and the reason I will be [in Pittsburgh] on Wednesday night is because of that child in Tennessee in 1999,” Fab said.

“From that, none of the rest of this would have happened. You don’t know what’s going to come out of Wednesday night. Some student or someone from the community who’s there — this may be what pokes at them and prompts the thought that later has them do something that causes all kinds of wonderful, wonderful effects.”