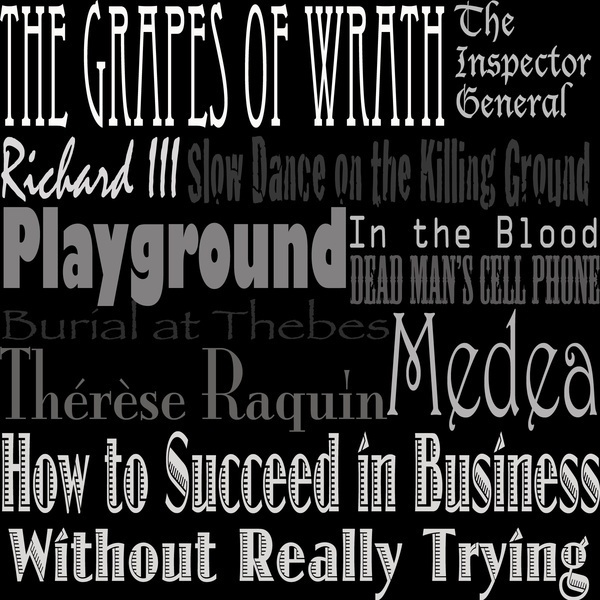 The School of Drama and Carnegie Mellon’s student-run theater group Scotch’n’Soda offer a menu of performances this fall semester that will appease every theatrical appetite.

The School of Drama kicks off their theatrical season with The Grapes of Wrath, playing Oct. 1–10, with performances Tuesday through Saturday at 8 p.m. and a matinee performance on Saturday at 2 p.m. Adapted by Frank Galatic from the novel by John Steinbeck, the play follows a family of sharecroppers, the Joads, as they travel across America searching for a better life in the years following the Great Depression. Winner of the Tony Award for Best Play in 1990, The Grapes of Wrath holds particular relevance in today’s economic climate.

On the other side of the spectrum is a satire of the white-collared corporate world: The musical How to Succeed in Business Without Really Trying will open Nov. 12 and run through Nov. 21. With music and lyrics by Frank Loesser and based on the book by Abe Burrows, Jack Weinstock, and Willie Gilber, this musical satire of the business world will be directed by Broadway import Daniel Goldstein. Goldstein comes to Pittsburgh after having worked as associate director for the Broadway musical All Shook Up, a musical revolving around the songs of Elvis Presley. The Broadway production ran from September 2004 through March 2005. How to Succeed premiered in 1961 and ran for four years, picking up seven Tony Awards and a Pulitzer Prize for Drama. The musical was revived in 1995 with leads played by Matthew Broderick and Megan Mullally.

The Scotch’n’Soda theater group will be putting on a musical adaptation of Charles Dickens’ last, unfinished mystery novel, The Mystery of Edwin Drood, over Halloween weekend (which is also Homecoming weekend). As it is a “participatory production,” the audience is asked to vote for the ending they wish to see performed at the end of each show. Student director and senior music major Scott Wasserman brings British humor and murder mystery to life in a production that features actors from all departments of the university. “Even if musical theater isn’t your ‘thing,’ you’ll love the high energy, humor, and audience participation in Drood,” Wasserman said.

The School of Drama’s Three Days of Rain by Richard Greenberg is a surreal, three-act play that delves into the impact of relationships, with both short-term and lifelong repercussions. This play received widespread (mostly negative) press during its production on Broadway, which starred television and film actors Julia Roberts, Bradley Cooper, and Paul Rudd, who were criticized for not delivering the presence or range in acting necessary for this play to succeed. However, Three Days of Rain, which has since been performed in London’s West End (with the title character played by Atonement’s hunky James McAvoy) is a thought-provoking, fast-paced piece that requires the audience to ask questions of themselves as much as Greenberg asks them of his tormented characters. The play will only be performed for a limited time, Oct. 28–30, and should not be missed.

Hell hath no fury like a woman scorned: Medea by Euripides is another short-running play which will be put on Dec. 2–5. The plot revolves around the revenge of a woman who has been betrayed by her husband. Another Greek tragedy, Burial at Thebes, opens on Nov. 11 and runs until Nov. 13. This is Seamus Heaney’s new translation of Sophocles’ Antigone and explains Antigone’s punishment — being walled up inside a cave — after she defies the king of Creon in protecting the dignity of her brother.

Looking forward into the spring semester, the School of Drama has planned the following productions: