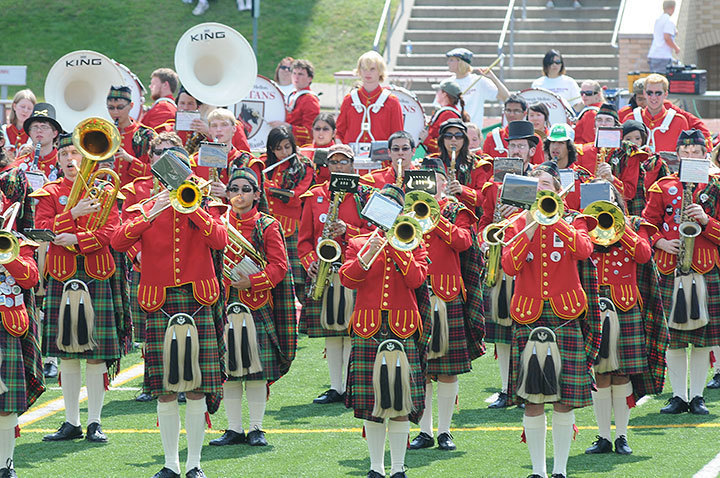 The Tartan Rewards Program is a new spirit initiative that will track student attendance at select intercollegiate events throughout the year and reward participants. The idea behind the Tartans Rewards Program spawned from last year’s football program. “We realized how many students enjoyed the many giveaways that came out of Jared and Pooja’s football fever initiative last year, but we decided to go in a slightly different direction,” said Rotimi Abimbola, a senior social and decision sciences major and Student Body President.

Some of the benefits of participation in the Tartan Rewards Program are giveaways and prizes, a chance to earn points for your team toward the Tartan Olympics, and a $500 grand prize. Winners could also earn tickets for the end-of-the-year raffle and attend the SuperFan Banquet at the end of the year. The Student Athlete Advisory Council will supervise a check-in table at each of the Rewards Games. Students must bring a student ID card to receive credit for attendance at the games.

The development of the program came from looking at the programs at similar schools. “We found out that schools like Emory have very similar programs that reward students for high attendance at athletic events,” said Abimbola. “We have tailored our Rewards Program to the Carnegie Mellon community and we are continually making efforts to enhance the new program.”

Abimbola and Student Body Vice President Adam Klein understand the desires of Tartan athletes. “As athletes at Carnegie Mellon, Adam and I saw a need to rally the student body around the impressive sport teams that we have at Carnegie Mellon,” said Abimbola.

Cheerleading team captains Amanda Wilczynski and Carolyn Johnson commented on their job as cheerleaders and the importance of fans.

“A cheerleader’s job is to motivate and inspire the crowd. But if no one is there, we serve no purpose. CMU is a community, and when a sports team is performing, fellow students should go out and support them,” said Johnson, a junior civil engineering and Spanish double major.

Fans like Joe Frick understand their importance and are very supportive of the Tartans.

“You want to contribute to the game in any way possible, whether it’s screaming, cheering, whatever. It allows you to show your Tartan pride,” said Frick, a first-year computational finance major.

Because of fans like Frick, the Tartan Rewards Program’s top fans will be rewarded for their attendance.

“When the game isn’t going in our favor and we have to tell each other to keep our heads up, seeing and hearing fans reminds us that we’re playing for more than ourselves,” said Evan Moss, a first-year mechanical engineering major and football player.

“We are [also] in the process of reaching out to major corporate sponsors to supply prizes for students that come to several athletic events,” said Abimbola.

The attendees of last Saturday’s football game against Ohio Wesleyan got free T-shirts offered in a variety of colors. The next two Rewards games will be on Friday, Sept. 18 — the volleyball crossover tournament — and on Saturday, Oct. 3 when the men’s and women’s soccer team play Chicago. Rita’s Italian Ice will be given away at both events.

Check out www.cmu.edu/athletics/rewards/index.htmlfor more information and the dates and locations of Rewards games.