Career center helps all majors succeed; H&SS on the rise 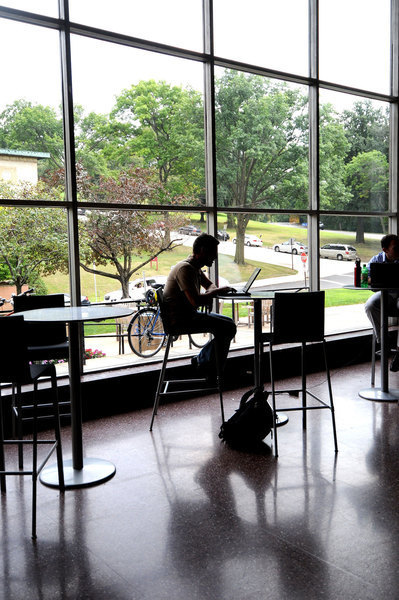 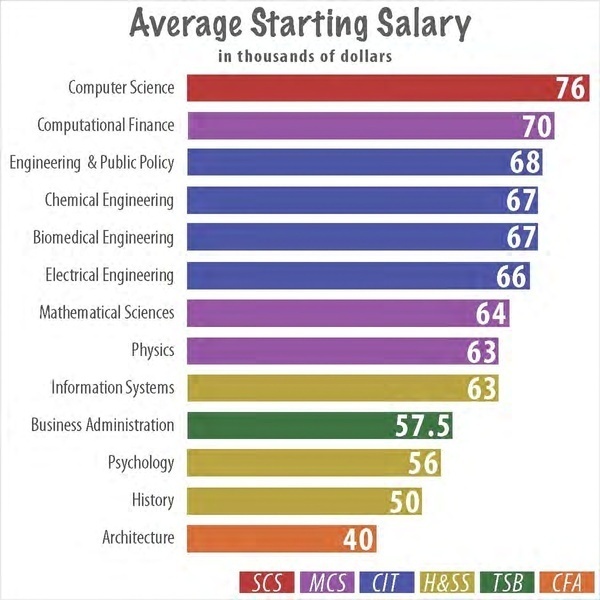 For most undergraduate students living through the worst economy of their lives, it is a scary time to be looking for a job. Fortunately, that’s not the case with Carnegie Mellon students. In May 2009, Carnegie Mellon named Robert Murphy as the new director of the Career Center, and during his first week on the job, the proactive pioneer changed the name of his domain from the Career Center to the Career and Professional Development Center.

“If you become complacent in this economy, you lose your core,” Murphy said. “The career director clearly has to lead innovation.”

The former Marine Corps captain, senior executive at PepsiCo. International, and most recently director of Career and Leadership Development at Hobart and William Smith College in Geneva, N.Y. is determined to better prepare Carnegie Mellon students to compete for and ultimately win jobs in this tough climate when up against students from other top-tier institutions.

“Employers are hiring less people. If a company is only going to hire 10 people, I don't want seven to come from Stanford and three to come from here; I want all 10 to come from Carnegie Mellon.”

Murphy worked at PepsiCo. International running business units of 71 million, increased appointments at the Career Center at Hobart and William Smith by over 400 percent in his five years there — he personally met with 900 students just last year — and even climbed Mount Everest.

“You never know what you're good at until you do it,” Murphy said. “If you have the competencies, it doesn't matter what your degree is in.”

In just the last month since Murphy has come to Carnegie Mellon, he has implemented a multitude of initiatives to help students discover what makes them stand out in the current job market.

Some of the initiatives Murphy and his team are implementing include a Professionals In Residence program, which will have recruiters and people in the workplace come in to tell students the skills they look for when hiring new employees. Murphy is also assigning the role of “employer relations” to some of the Career and Professional Development Center’s employees’ titles so they can reach out to companies that haven’t come to Carnegie Mellon in the past, but which students are interested in working at.

He knows that representatives from Google, Microsoft, and UBS come to Carnegie Mellon every year looking for students in their tech and finance departments, but he wants to encourage students who want to work in other fields to start a dialogue as early as possible with their career consultants so the “employee relations” team can develop relationships with companies in other arenas so that every students needs and interests are met.

Another new implementation is a 3-D portfolio available on TartanTrak, which allows students to type in their interests, leadership positions, work experience, and classes that they liked the most so employers can see the well-rounded nature of a student, not just the specialized expertise. Career consultants will help student’s communicate what their digital 3-D portfolio highlights about them to their potential employers in interviews and on résumés.

Maureen May, the assistant director for employer development, said, “We want to be able to help advance capabilities of students to convey to different industries. So many students never make an appointment with their career consultant and think, ‘I have a degree from Carnegie Mellon, a prestigious university; companies should hire me.’ Students are so surprised if they don't get a second interview when students never meet with us to develop their presentation skills.”

R.F. Culbertson, entrepreneurship professor at the Tepper School of Business, believes that, “In a time when there are more people than jobs, you need to retrain the students how to sell [themselves] so that the students from Carnegie Mellon ‘outsell’ the students from the Penns, Chicagos, and Stanfords. With an oversupply of qualified candidates for limited positions ... the views toward sales need to change dramatically.”

Although the average starting salary of Tepper students dropped from 2008 to 2009, the college of Humanities and Social Sciences was very pleased with how their students fared.

“Starting salaries for our students [were] the highest in years,” says Debra Ignelzi, assistant director for the Career and Professional Development Center and consultant for the college of Humanities and Social Sciences. “The numbers of appointments went up, more students attended our career center workshops, and our consultants were able to work with our students to develop a plan.”

Although Carnegie Mellon is often categorized as a technical school specializing in computer science and engineering, many H&SS students had starting salaries well over $60,000, with some making $75,000, and even $100,000.

Ignelzi joked, “Bob [Murphy] always says we aren’t tooting our horns loud enough.”
The other assistant director of the Career and Professional Development Center and consultant for the college of Humanities and Social Sciences, Ray Mizgorski, acknowledged, “the skill sets of H&SS students can go across a whole breadth of opportunities. In this economy, students have realized that they shouldn't be confined to their major because they can compete in a lot of different arenas.”

“The most neurotic thing in the world is to think about what your core competencies are,” Murphy later asserted. “That's why we have trained our career consultants to translate students’ interests, values, and skills to different professions and work with students so they are able to clearly articulate to employers what they want to do. If they can’t do that, someone else will get the job.”

Culbertson agrees. “The good news is that the college student bar for sales is set fairly low, so learning how to sell yourself and competing against people who (A) prefer not to sell themselves or (B) sell themselves poorly could create a competitive advantage in the eyes of the employer.”

To make an appointment with the career center call (412) 268-2064 and go to http://www.studentaffairs.cmu.edu/Career/events/ for information about job fairs and other professional development events.