10 things to do before you graduate 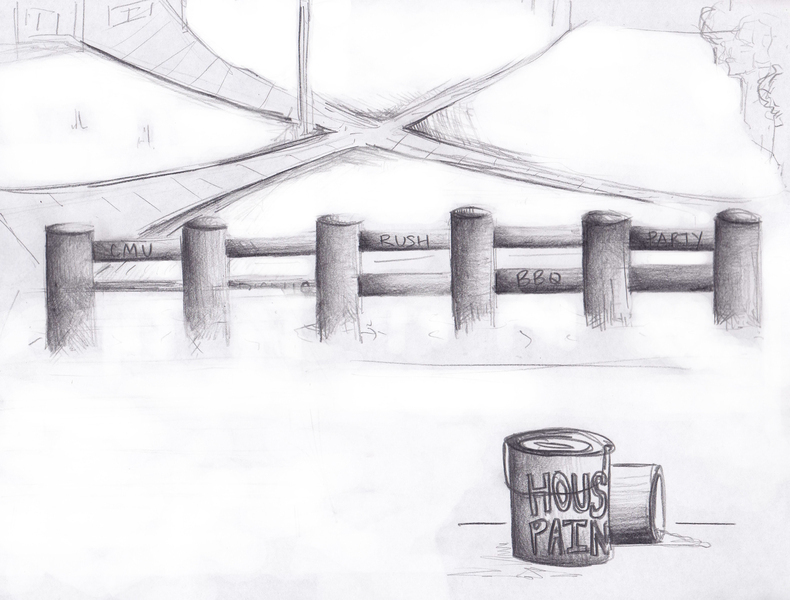 Consider this a shortlist of your bucket list, or at least my idea of what part of your bucket list should look like. The following are 10 events or things that all Carnegie Mellon students should strongly consider taking part in over the course of their time here.

Paint the Fence. Really, this should be something you do within your first year, or better yet, within your first month. But you could choose to get a little creative with it — such as sleeping under the stars at the Fence one night or, for the truly daring, maybe make it a goal to make a marriage proposal via the Fence before you graduate.

Reach the roof of each building on campus. Some may not be “easy” or “legal” to get on top of, but don’t let that stop you. Honestly, Pittsburgh is a beautiful city and at night you just cannot beat the view from the roof of Doherty, especially if you have a certain special someone with you.

Run the Pittsburgh Marathon or Half Marathon, one of the most well-run (pun intended) marathons in the U.S. There are plenty of perks aside from the actual running of the races, which take place in May and November respectively. In addition, you get to see parts of Pittsburgh you had no idea existed — and from a dead-tired perspective no less.

The Seven Wonders of Carnegie Mellon. This is a fun one. Some students have come up with a definitive listing of the seven greatest landmarks at this school. This one involves walking to each one — call it a learning experience or a getto-know-the-campus sort of thing. I can’t go into the specifics, but just ask around campus to get the details.

Get a degree in bagpipe music. You can’t get it anywhere else. Seriously, we’re the only school crazy enough to offer it. If you’re undecided anyway, why not give it a try? Maybe a
minor?

See the view from Mt. Washington. As I said before, Pittsburgh is a gorgeous city, much nicer than wherever you come from, especially those of you from Philly (kidding!). Mt. Washington offers some truly breathtaking views of the Pittsburgh skyline and is an especially enjoyable spot to bring your sweetie. For a bonus, head there at night, when the city is lit up, for a truly picturesque sight.

Climb “Walking to the Sky.” Just think about the name you’d make for yourself if you do it during Orientation. People won’t know what to expect from you next. By graduation, you’ll practically be running this place. I really am just kidding, you know — unless you’re into that whole “getting arrested for acts of social protest against giant art on college
campuses” craze that’s been going around lately.

Riot! Seriously, Pittsburgh is becoming one of the most spoiled cities in the country in terms of winning sports championships, and odds are there will be a sports champion crowned by the time you graduate — with the obvious exception of the Pirates, of course. Heck, I’ve rioted thrice already.

Visit Fallingwater, the Frank Lloyd Wright house. No photo can even compare to the real thing. One of the most magnificent architectural wonders of this century is located just an hour and a half away. This is a must-see for architecture majors and normal people alike.

Leave your mark. I know this sounds cliché and all, but it’s true. There are more than enough ways to do so here: It’s as simple as fi nding something that works for you and expanding on it. Design your own major, show TBA twice per semester instead of once: It’s completely up to you.

This list may have omitted some classics and included some odd choices, but take it from someone who is halfway done with something you’re just beginning: This place is full of wonderful little things that can bring you great joy — it’s just a matter of you taking the first step and wanting to experience
them.