Spike Lee shares the story of his success 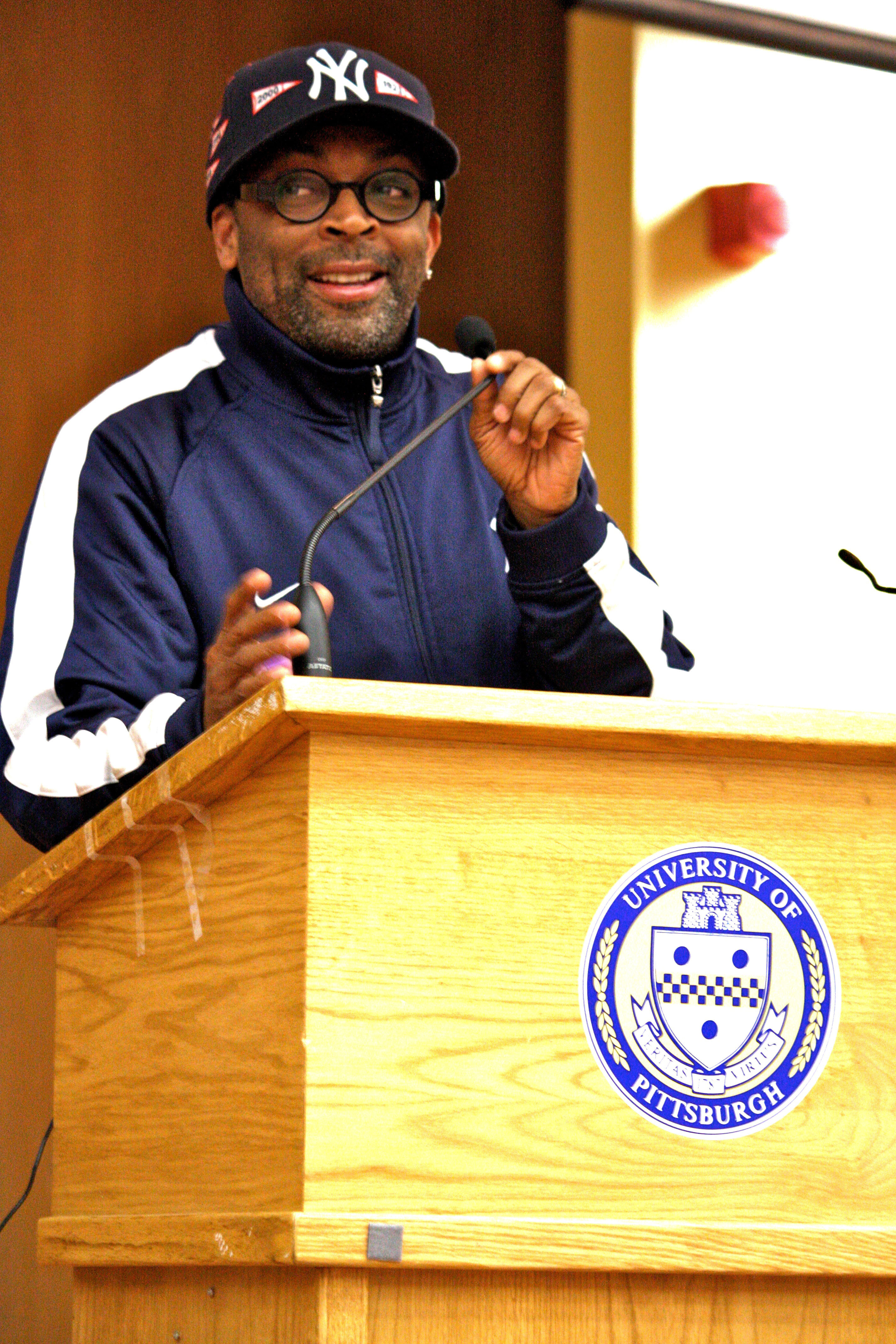 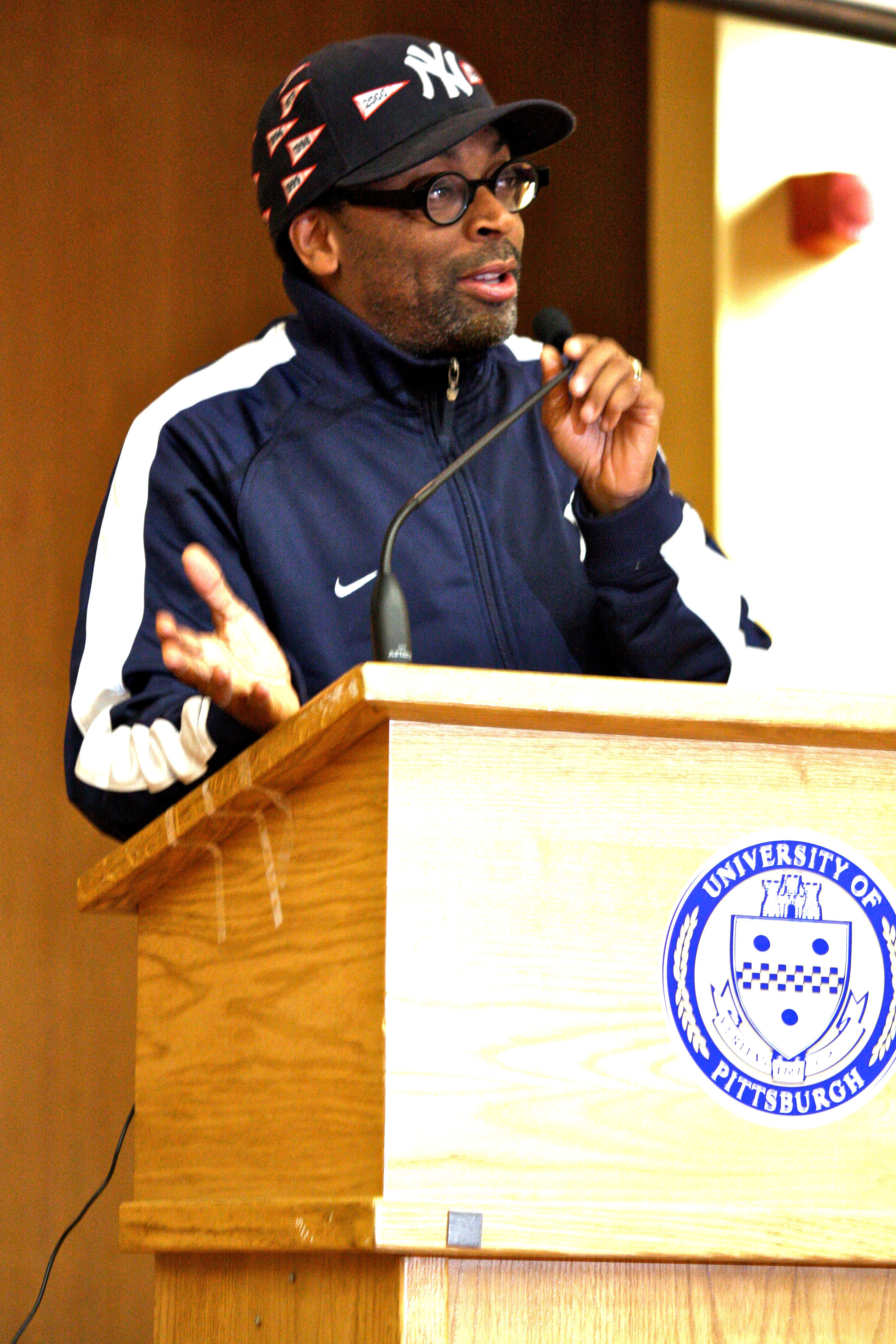 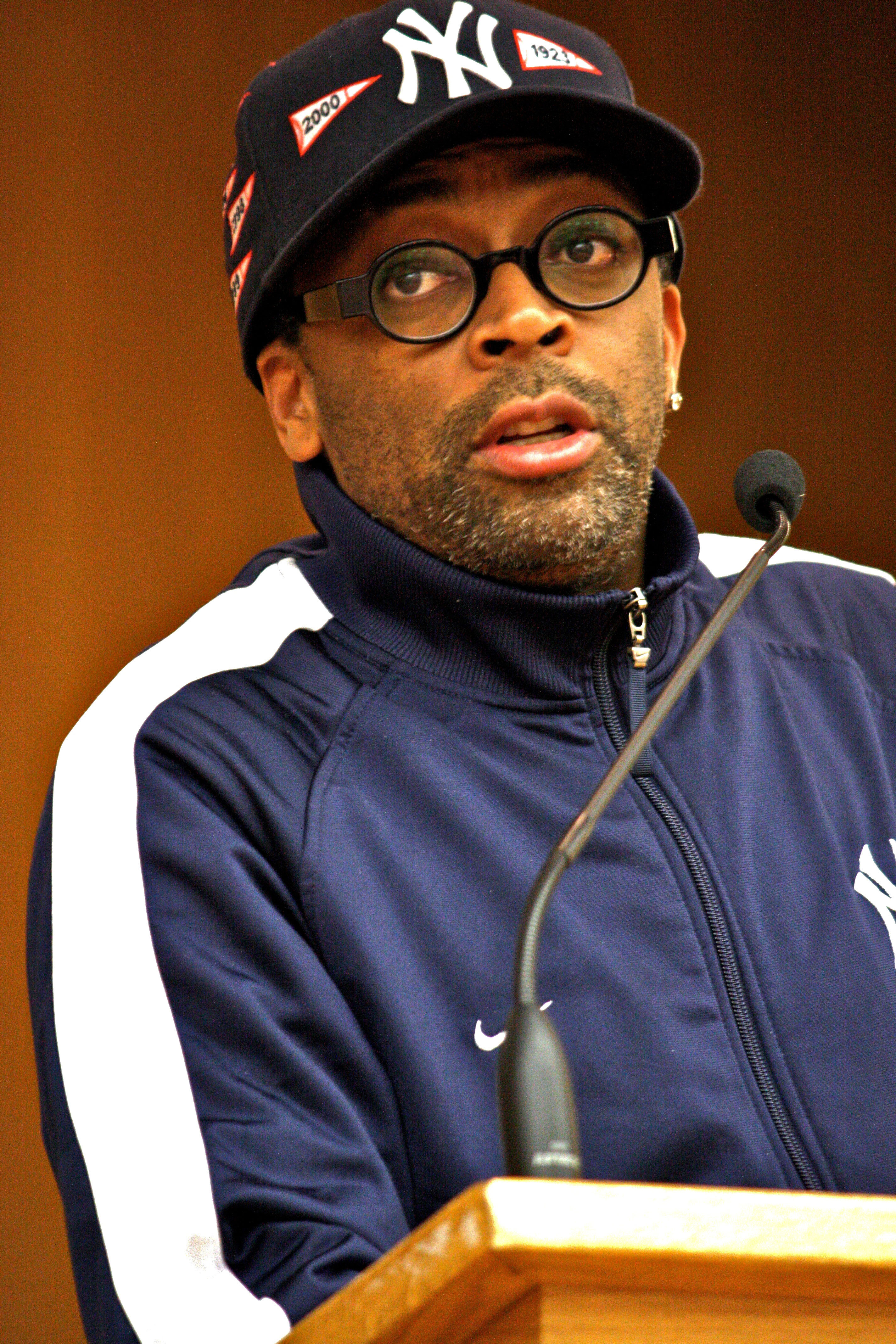 There were two lines that snaked through David Lawrence Hall for Spike Lee’s lecture last Tuesday, and they met in a semicircle in the middle. This half moon was made of University of Pittsburgh students, faculty, and staff on the right while the general public waited in line on the left.

After everyone was seated, there were moments of constant chatter and conversation, but soon, Lee was walking down the aisle sporting his signature New York Yankees New Era fitted hat, a cap that commemorates each year the Yankees have won a World Series Championship. He looked relaxed in a Yankees track jacket and loose-fitting jeans, and was soon invited by the president of the Black Action Society to speak at the podium.

He began with a history. He said his mother dragged him to watch movies and explore museums, so as a child he was immersed in the arts. After graduating from John Dewey High School in 1975, he attended his father and grandfather’s alma mater, Morehouse College in Atlanta, Ga. During his first two years, his grades averaged around a C, and before the summer of 1977, his adviser explained that he had exhausted all of his electives and that he shouldn’t come back from Brooklyn until he knew what he wanted to do. He described the feeling, saying “one move, one step, and I’d be off a cliff. Seemed like a spirit came and moved me in a new direction.”

He went home during the hottest summer on record, and he beat the blackout with a Super 8 camera. He began filming black New Yorkers and Nuyoricans going to the disco amid the terror that David Berkowitz, a serial killer also known as the Son of Sam, had brought upon the city. He returned to school with the footage and declared mass communication as his major. After that, he focused on being a filmmaker.

After graduating from Morehouse on May 8, 1979, he said he didn’t want to go to Hollywood and work his way up from the mail room, so he decided to apply to film school. He got into the prestigious Tisch School of the Arts at New York University, moving into a studio apartment off Myrtle Avenue, and began making a movie.

After he won the student Academy Award, he called his agent, who told him to “be patient.” He sat the plaque on top of his TV and waited by the phone. After two weeks, his grandmother told him to “get off his skinny, rusty butt and make it happen.”

Lee moved on to talk about two specific films, School Daze and Malcolm X, his second and fifth films respectively. With School Daze, he wanted to show that “the black college campus experience is a microcosm of the black community as a whole.”

Lee is smart because he understands the significance of a supporting cast. Even though they may only be in a scene for just a moment, the strength of their individual performances are integral pieces in the puzzle that he puts together. Having actors like Kerry Washington, Jon Leguizamo, and Jon Turturro reappear creates some continuity within his entire body of work. These familiar faces fortify his films. Lee’s films force you into a realm of thought and cause you to consider current climate and contemporary racism.