The Gaslight Anthem mesmerize all 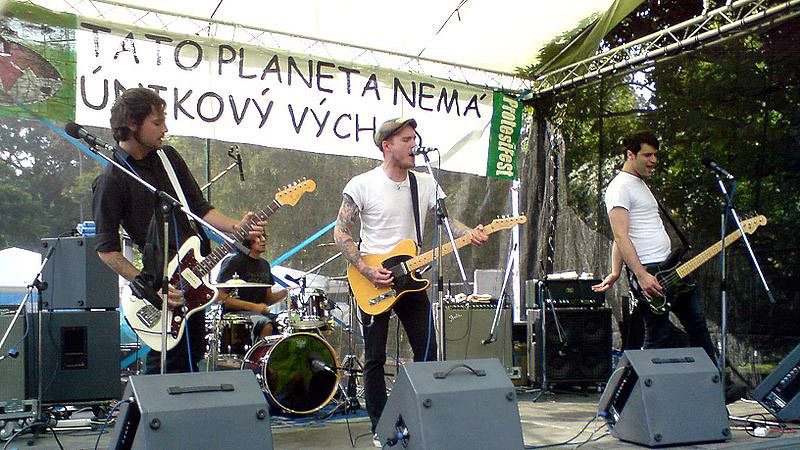 Last Sunday, The Gaslight Anthem came to Pittsburgh with the intent on putting on a good show. As Mr. Small’s Theatre began to fill up, whispers of eagerness were strung around the entire space. Exactly when the clock struck 8, the first band of the opening act of the night came onto the stage. While most of the audience was not at the concert for the bands playing in the opening act, people offered applause and attention to them. The show had a good mix of openers and a crowd-pleasing primary act that was hard to complain about.

Good Old War, the first opening act, is a three-person band. The group played soothing folk music, focusing on the harmonies within each song. Sometimes two and sometimes all three of the members were singing for the entire performance, creating beautiful harmonies. Good Old War captured most of the audience’s attention right away, as the audience was constantly moving and clapping to the music. Overall, their performance made for an apt choice for an opening act.

After Good Old War came the second opening act, Heartless Bastards. Erika Wennerstrom, the lead singer, was heavily obscured while singing incomprehensible lyrics. Unfortunately, Heartless Bastards’ 45-minute performance felt more like a primarily rock-instrumental performance with rasps of either unintelligible or uninteresting lyrics. Overall, though, it was an engaging performance, mainly because of the jam-styled music of the band.

Then The Gaslight Anthem came onto stage, bringing wild cheers from the entire audience. Brian Fallon, the lead singer, walked up to the microphone and, immediately, the band went into its first song of the night, as fists pumped and hands clapped everywhere. The entire audience was ready for them, and the band didn’t disappoint.

Although featuring a set list primarily consisting of songs from their newest album, The ’59 Sound, The Gaslight Anthem did play some songs from their previous album, Sink Or Swim. The band is not typically known for a very diverse selection of songs; many of their songs sound incredibly similar. Their sound was quite good, with crunching guitars and Fallon’s voice, which surprisingly had nearly no discernible change in the transition from the CD to the concert setting.

As a way of giving the band a break, Fallon talked to the audience between every two or three songs. His sense of humor was quickly apparent, as he managed to make the entire audience roar with laughter nearly every time he went to speak. Whether it was talking about waiting for his syrup bottle to come alive and talk to him as a kid or discussing the dangers of breaking up with a musical artist, Fallon displayed an immensely quick talent for setting up an atmosphere.

After the concert was over and the crowd mostly gone, Fallon and his bandmates came out to the floor to talk to the remnants. While many of the remaining people on the floor simply wanted a picture or to thank him for the good show, there were others who had questions. Speaking earnestly and still with his quirky sense of humor, Fallon attempted to answer each of the questions asked.

The Gaslight Anthem’s concert performance might sound very similar to their CDs, but seeing them live offers an experience that can’t quite be had with simply a CD. Whether it was Fallon’s quirky sense of humor or their adamant attempt to keep the audience involved and connected with the concert, The Gaslight Anthem puts on a really good show.